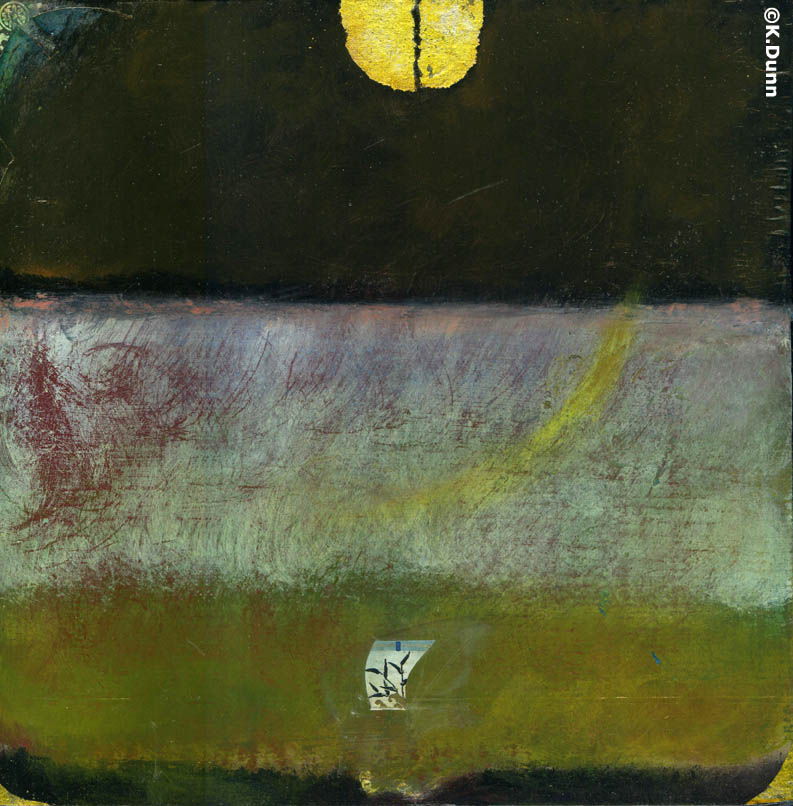 I have been swallowed up by the details of getting everything together for our upcoming farm event. This morning while doing a brief bit of yoga, I finished with my Tree pose by looking up at the sky and saying, "I'm sorry, God". It was such a sweet, unfiltered expression that came out of my mouth that took me by surprise. I wasn't sure what I was apologizing for, but it must have been a genuine sentiment. Later this morning, I realized I was really apologizing to myself, as I've learned when I talk to the higher powers they are usually just holding up a mirror for me. I had let some crappy energy that came my way via the wind out West hover around me too long. So, that little apology was for me, "Sorry old girl, for letting certain things drag you down when all along you had the ruby slippers and the power to set it all free."

Hence, this particular painting interests me even more, now that I think about it. I painted it last week, in between taking care of the myriad of details for the farm event, like making tin buckets for the lavender, as well as running the business and the farm itself. Somewhere in a daze in there, I rushed to put up another 300 feet of cross fence and electric wire so my mare can be off the other fence line, where she keeps throwing shoes while flaunting herself to the neighbor gelding. When the fence was done, I cried, as I was just so exhausted, and I broke my own rule - I whined- "It's just another 'monkey fence', a piece of $300 crappy fence work I messed up that we'll have to re-do some day". And in his usual calm way, Martyn lightened me up with humor by saying, "Well, it would be good for monkeys." We laughed.

I remember when I finished this piece, I wondered if it was too bare...but it pleased me. One small wave under a moon on the ocean beach. I so wanted to take myself there. But of course I already had by painting this.
Posted by Katherine Dunn/Apifera Farm at 8:38 AM