A horse is born and a mother dies...ride on 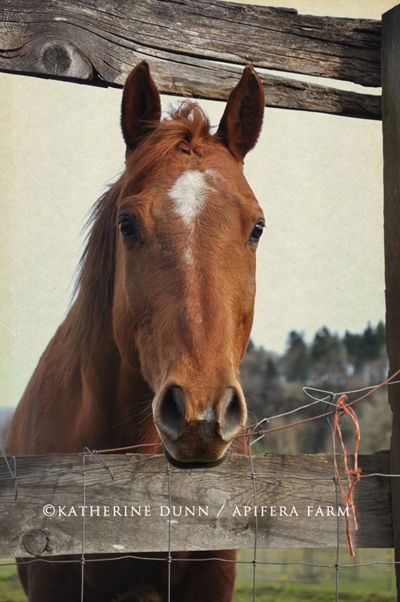 April 4th will always be a day of symbolism and reflection for me. It is Boone's birthday, and is also the day that my mother died, five years ago. I can remember where I was standing in the barn out West when I looked at Boone that morning, almost forgetting it was his birthday. I had planned to go on a nice long ride with him, when I found out my mother had died. I remember thinking it was sad that now every birthday of Boone, I would remember my mother's death.

But within minutes I realized it was a gift to have these two events coincide on one day. Like bookends, the day symbolizes the journey we all must take. We are born, and if we are born, we will surely die. All that living that goes in between, the meat of the sandwich, is what we are left to ponder after someone is gone.

I did go for a ride that day, five years ago. I went over to my friend's barn and rode there. She came in and asked me how my mother was doing, and I had to say, for the first time out loud,

I said it calmly, without crying. My friend Jo was the first one to know my mom died. Being 84 herself, she had buried a lot of people in her life but was my riding buddy and friend. We talked, and I told her I wasn't going to ride, but being on my horse was better than sitting home crying, and my mother would have liked knowing I was doing something fun.

So my horse helped me that day, as did my friend. And now on this day, I also remember Jo who died a year after we left Oregon. I really miss her and our rides.

So that is what Boone's birthday is for me. A day to recognize what he brings me-joy on a ride, the benefits and healing of being with him, and on him, and the fact that it is important to grab life on a day of death....even if you have to take baby steps after a loss...you grab on to anything that is alive and you feel it, smell it, listen to it and appreciate it, even if you shed tears in between.

Boone is twenty today, I've had him ten years. He was a cow pony in his youth, then went to live on a gentleman farm at age four. He didn't work out for the woman's grandchild-he was a bit lazy and would not go forward for them. After 30 days of training to tune him up, I went down and rode him for a day and bought him. We had some issues to work out together. He was fearful of squishy terrain ever since he had sunk up to his saddlebags in quicksand-I found that out after he reared on me in wet, soppy ground. And he had my number. I got help, because I had never dealt with that, and the is how I met my friend Jo. If you had told me two years later I'd have some blue ribbons with Boone from dressage schooling shows, I'd have laughed. In fact, if you had told me that my former cow pony and me were even going to take dressage I would have rolled on the ground laughing. And if you told me I was going to ride a horse in a county parade, wow. But it was really good for me and Boone. When I started my trail rides with Jo, on her beautiful 300 acre property [oh how I miss our rides!], Boone would let out this little squeal, like one of the Three Stooges used to, if he felt wet ground. After lots of rides, and lots of mud work, he stopped the squeals. I even kind of missed the squeals, but he still does them during feedings.

The confidence we both gained together as rider and horse was so gratifying. And then we had our accident last year, where I fell off during a canter in the woods. We still don't know exactly how it happened, but I think he slipped on ledge rock as we were coming out of the canter and I lost my balance. I blacked out for 20 minutes and had no idea where I was, ending up in the hospital for two days with blood on the brain. If I had not had my helmet on...who knows, said the surgeon. Fortunately, no surgery was needed, but it was sobering. Boone was not hurt except for some scratches, and after about two months I rode again, but I still had the event on my brain- a bad fall can really play with your head, no pun intended. This spring, I am determined to get back to regular rides, even though I have not met someone like Jo. I hope I do, nobody will replace her, but I feel like Jo checks in one me when I ride.

I love you Boone, we are alike in many ways. Thank you for working things through with me, and now we will work through some things again.


Posted by Katherine Dunn/Apifera Farm at 10:08 AM

He is a beautiful boy xoxoxo