Facetime Fridays with the llama in the house 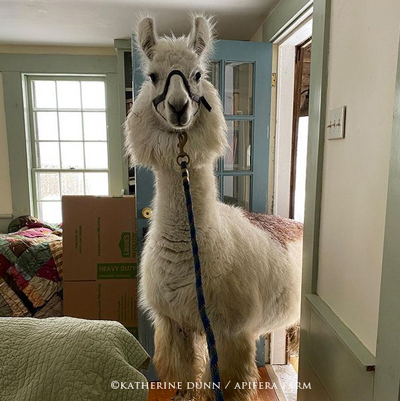 As I like to say, "What could possibly go wrong?"

It was a cold blustery day. I had planned to bring Captain Sparkle in the house for the meeting, but balked at the last minute-I felt it was unfair to bring him like that without any prep work, he is after all not as experienced as Harry. I didn't want him to have a bad experience.  I will work with him in coming weeks.

So in came Harry. He entered the house like a gentleman, and stood like one for over an hour. I placed a thick covering on the floor so his feet would not slip. He did just fine. Of course, Officer Mittens was the first on the scene, but all was well. Bear was in his pen but everyone could see him. I even walked Harry around the rooms at the end and he did just fine. I just love Harry.

The Facetime Fridays are turning into a weekly gathering of our elders at Cove's Edge and I'm so lucky to have Abbey, my activity director there. She really is wonderful with everyone and game for all my ideas. She works so hard, they all do. While I'd rather be there in person, I began to realize that I can look at Facetime Friday's as a talk show-who will be the guest next week?

My animal therapy work, and my elder care work are meshed with my life now. Part of the reason I am frustrated with the pandemic is I can't due the work that was just taking off -but I can be outside and my life has always been one of happy hermit on the farm. I go to the feed store, and the store once a week so Martyn doesn't have to go in [he has asthma]. I think it will be some time before we can be there in person, but am heartend they are about to get their second shots. I am far from getting one since I am well below the age limits. So is Martyn.

So when I was feeling down about not being able to make in person visits with the elders, I realized I had to tweak my thoughts-and now, Facetime Fridays is a show, something to percolate and plan.

Every Friday, I'll try to put on a show. 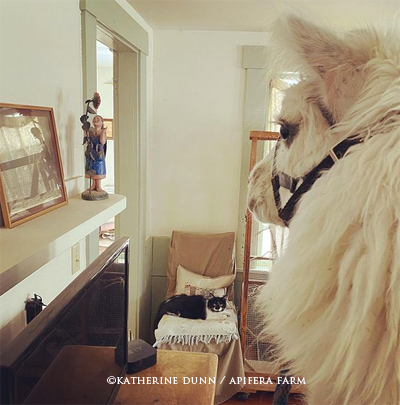 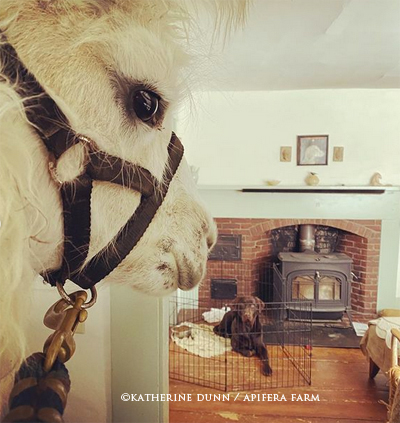 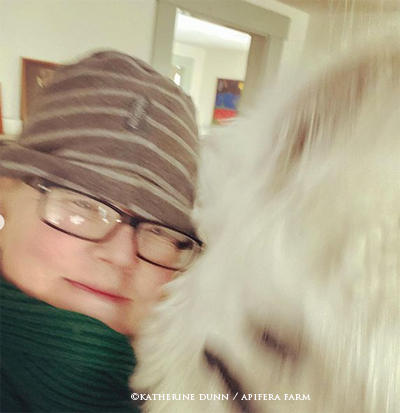 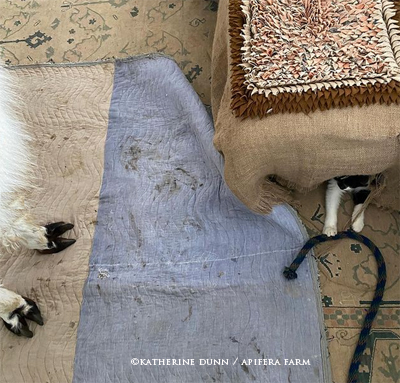 Posted by Katherine Dunn/Apifera Farm at 10:32 AM