Yume dies a good death, but what does that mean to a human? 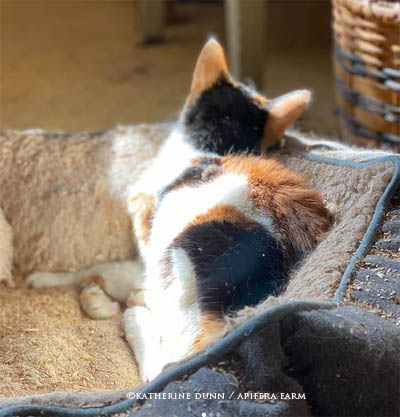 I often use the term 'good death", and I did again this weekend when i let my followers know that Yume, one of the first elder cats to be adopted in Maine, died at 19+. I found her, dead, in her little bed where she always sleeps, pretty much where I left her that morning. It was not unexpected. That morning she was weaker in her body and ate little, I held her and reminded her I had bought her that one way ticket, but there was no expiration date–she could leave when she wanted to. And she did. These are the picture of her as I found her and when my chores were finished I captured how Inky and Walter came to lie with her. They had said goodbye long ago.

What is a good death? As a human, i look at it differently than a cat. A cat just wants peace, comfort and to be on their own terms. They don't use the word 'struggle' but they want to be able to breathe, to not be stressed. So yes, I feel in cat terms Yume had a very good death and i was happy for her.

As a human, I see many people die, as do all of you. I often hear people say they want to die in their sleep, and there is merit to that. I recently heard a doctor on a radio interview say that while many say they want to die this way, usually the body has had a heart attack or stroke when a person dies this way. I am not sure if that matters if one is asleep. With animals, I've been able to witness many natural deaths, and other induced deaths. Generally the natural death is how I prefer to see Nature takes it course, unless their is true distress or pain or danger there will be sever trauma ahead without help. But I've also witnessed how it takes a body a long time to shit down when it is in the active process of dying.

But back to a good death. This same doctor brought up the beautiful words of Maurice Sendak in his last interview with Terry Gross. He was in his last months and was ready. But he talked about how age made him acutely aware of how much he loved life, and he talked about his beautiful trees outside his window. He didn't want to miss his trees but because he loved the beauty of Nature and the trees, each second he got was spent in awe and joy of the beauty of it. The doctor said that he felt that was the layered meaning of a 'good death'–when a person can live that moment, and every moment in the day in awe of what is around them, and also be aware they are going to die and eventually they do die. They die aware of the wonder of it all–that is a good death, to be ready, to have lived, lived, lived, lived.

"I have nothing now but praise for my life. I'm not unhappy. I cry a lot because I miss people. They die and I can't stop them. They leave me and I love them more. ... What I dread is the isolation. ... There are so many beautiful things in the world which I will have to leave when I die, but I'm ready, I'm ready, I'm ready." {Maurice Sendak months before dying} 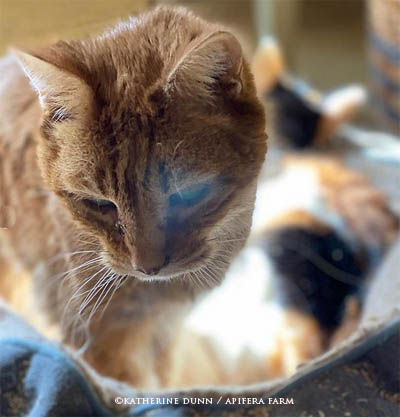 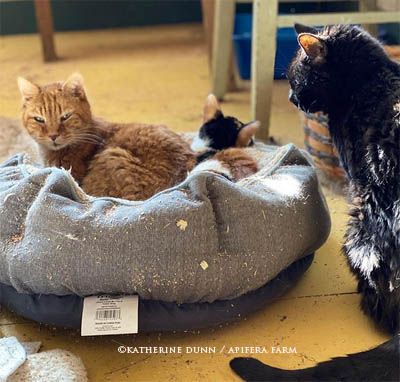 Posted by Katherine Dunn/Apifera Farm at 9:26 AM

So poignantly beautiful and sad all at once 💜