Everyone wants to be heard, even the ones we think are hateful 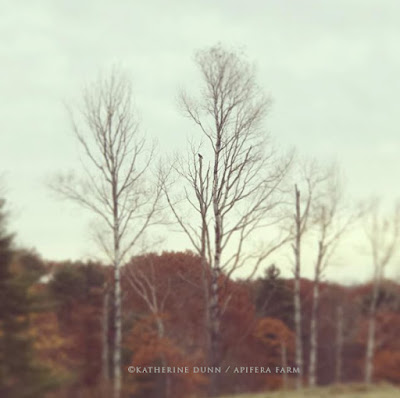 I choose to believe the crow that I heard high up in a tree this morning, cawing, was sending me a message of hope, and a reminder to carry on. No matter what happens on Tuesday night, there is a lot of work to do in this world.

Crows have always been messengers, for me, and many others...and I suppose the cynics will say we read into anything when we need it most. Years ago in my youth, with a broken relationship haunting me everyday, I believed that when I saw two crows together, it meant the person was going to come back to me. I would find two crow feathers on walks and felt optimism. As months wore on, I would only see single crows. I told myself at that time that I just wasn't seeing the crow pairs, but they were there, and that this entire 'believing in crow messages' was a farce.

But the crow's message, and my reading of it, was accurate back then. Seeing the crow pairs was true to my mindset, as I had not let go of the relationship and there were still lessons for me to glean from it. In time, a single crow was exactly the message I needed at the exact time I was ready to see it.

So this morning, like many people, I'm anxious about the world, the hate, the underbelly of America that has always been there but in the past two years-or more-has been given a green light of acceptance from the top.

Democracy is not a straight path. Nor is freedom. I have remained silent on social media about it. For one, as a non profit, one is not supposed to be talking politics, and I don't on the Apifera business page. As for my personal Facebook profile, something I rarely interact on anymore except to post links to the blog, I see no point in giving my opinion there anymore, and my personal profile page is basically a way for me to interact with some people I actually know in the real world. There is no real discourse between 'the sides' and there are so many 'sides' these days. I see people talking to their own choirs over and over. I just backed away from it. Some people I respected I've lost respect for, not because of their beliefs, but because of how they are banging them over other people's heads, daily, hourly. These same people despise Dump [a sentiment I share] but they are using tactics of 'sharing' their messages to their own choir that–in my eyes–are some of the same tactics the president and his party are using.

But just because I'm not posting about the political environment, the racial hatred, the sexism, the fear mongering doesn't mean I'm not working against it in my own way. I wonder what would happen if people that only post their political hates [this goes for either party] of the moment, had face to face conversations with other people.Talking to people with different views-especially hot button issues-is not easy. I think we should have community help in this. It is a skill to share your beliefs without shaming others. I'm no expert at it either. But FB is not a safe place to acquire the skill, or hone it.

Everyone wants to be heard, even the people we feel are wrong and hateful.
Posted by Katherine Dunn/Apifera Farm at 8:37 AM