Facetime Friday! And we visit the sea, quickly. 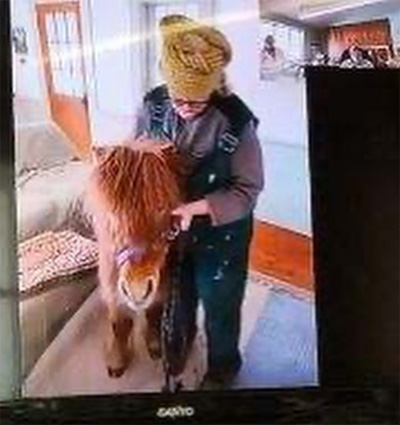 {Photos are views from the other side, from the elders view watching Facetime chat on a screen]

Captain Sparkle walked into the house like he knew exactly what he was doing. No fear, just spunk and sass in true Captain Sparkle fashion. He was not much interested in standing still however but that's okay. He did great and the elders loved having a pony in the house. They really wanted him to poop because we all agree that no matter how old we are, pooping is funny, as is farting.

And of course, my other mystery guest was the birthday boy. We all sang to him. They all loved it. He got the day off which was nice.

We were up early and I got more ice buildup in paddocks cleaned, slowly the ground is reappearing and the poop frozen to ice is lessening. We took an hour out of our day to drive to Pemaquid Point just to see the ocean and drove home. Doesn't take much for us to be content on our birthdays. Each time I'm there-it's only about 20 minutes away, I wonder what it must be like to wake up to the sea. I guess if I had to pick the sea or mountains I'd pick mountains, but there is a mystery and magic to 'living on the sea'. It has a lot of issues that most non ocean people don't think about but there is a romance to it for sure. The small coastal villages are so charming. We actually drove down the road that our old friend David had lived in his younger years-David is the man that recently died, at age 103, and he loved animals and came to our farm and we also took Harry to visit him. He gave us his pony bells and we cherish them. When I was on his road, there aren't many houses on the loop road, I thought of him and wondered which one it was. There was sort a a sad part for me to be there, and know he lived there once and could see the ocean and be there in that spot and that he eventually had to leave it. I thought of him sitting on a porch deck just looking out to sea, maybe thinking of past days, or future ones, or his departed wife. The sea provides a rhythm for one's thoughts, it seems to calm but also keep waves of ideas flowing as we watch it. It creates both ideas but also sometimes answers. I always felt that about swimming-it helped me decompress the day, but it also helped me think of solutions for things I was working on.

One of the elder residents that loves cats said that she was moved to tears seeing the cats on our Facetime Fridays. She meant it that brought her such joy. But...it is a loss when you go into an elder care facility, there is no way getting by that. One's attitude is important, as are the staff around you, but it is still a lot of loss and letting go of a former life.

We all laughed that when the new horse comes next week, he might be too big to bring in the house. And Martyn chimed in that he might have to put his foot down on that one. But I said to my elder friends, "How would he know, he'll be off at work?" 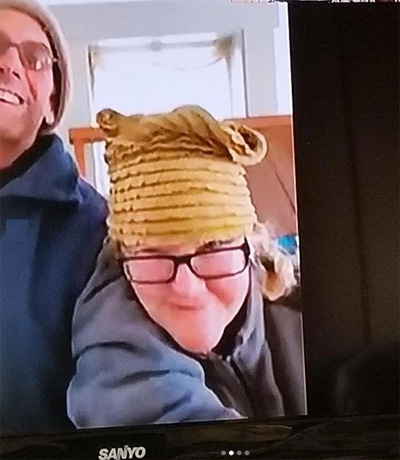 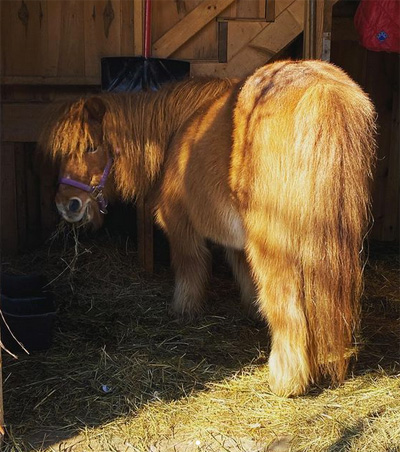