Not deprived without those 10,000 steps 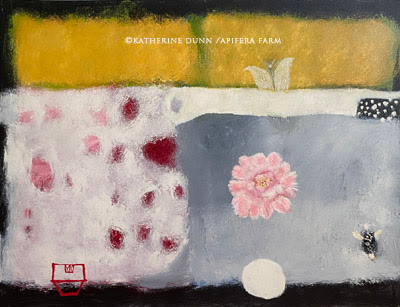 "Do not deprive me of my age, I've earned it." May Sarton

I just read a Wall Street Journal article that many doctors and scientists are seeing and referring more and more to the power and healing of Nature-since the pandemic has found more people escaping the city, going to large outdoor areas and such, and many feel the benefits are outweighing this whole idea of "You have to get those 10,000 steps in, somehow, on your treadmill or by walking or climbing up and down the stairs." {snore}

I loved living in NYC, Mpls, Portland and other places...but I always knew I'd end up in a smaller place, eventually-that was my heart move, and it took until I was 42 but I got there, and some 20 years later, I would not change it for the world. I'd be miserable in the city now. I often have vivid recurring dreams of being in the city, often with some of my animals, but I'm lost and I can't find Martyn and I know I have to get back to him and the farm.

I get steps on my phone and I know when I do 5000 or more I feel better. All my steps are from chores, not walks. In warmer months I often do 7,000 or more just in chores. When I add a walk in I go way up. But the time it takes to get 10,000 steps through a walk...just was not a priority in my day. I finally quit letting it be part of the rent in my brain and focus on eating less carbs and simple things during winter. I gained 15+# over the years after marrying/post menapause, nothing like some go through, but I lost 14 pounds since last June and I'm trying to maintain that loss until spring and lose another 7 or so. It's Martyn's wonderful cooking, but I just cut way back on any carbs. I do want to get more walks in when the roads aren't ice and salt.

As I age, I'm 62, the importance of health is more in  the front of the windshield. One's priorities are different, and clearer too, than the 20-40 range. I am speaking for myself but I hear this from most of my friends, especially women. I wouldn't take my young body if it meant taking my younger mind, attitude, lack of experience too. I like my age. So with age comes the perspective that losing some pounds is about how it feels, not how it looks. And having a functioning body is more important than a body losing weight.

Working with the elders...what is important is the fact I can still walk, and bend, and move, and make my own decisions. And I don't fear death, I only fear losing those things-those things that let me live my life in Nature on my own. None of us want to end up in a home, and I often wonder if I could adjust. I don't dwell on it, but seeing the people I see, I just relish pretty much every day as who I am.

You often hear people as they age say things like, "My husband still looks like the young man I met years ago." I feel this way. Just because I am constantly aging, as are you, doesn't mean I give up the same joys I had as a child, girl or younger woman-flowers, gardens, horses, sky, moon, garlic. I speak to some younger women who really are full of it. They have the kind of hunger -for anything- that can make them brazen and snarky. I'm sure I had many moments like this although...I think the internet and social media has emboldened things in some people that are basically just rude behavior and misguided behavior. I have  some younger illustrators or writers/artists that still contact me for advice on breaking into books or magazine-they have been polite and respectful. They do not make me feel like a has been, although I tell them upfront I am out of the loop with most commercial ventures since I'm a one woman band now. There was a time when I worried that I was becoming obsolete in the illustration world. And now I turn jobs away becausue I have so much of my own work to sustain me financially and emotionally. I have no interest in awards shows, agent lists or trying to get published by so and so. I once did. It was draining.

I'd rather be with the peonies, and then do a painting. {And for the record, I paid my dues to get here}.

I love this so much.