Really, the emperor has NO clothes 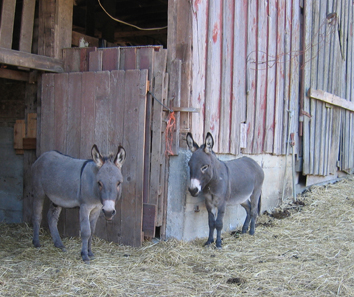 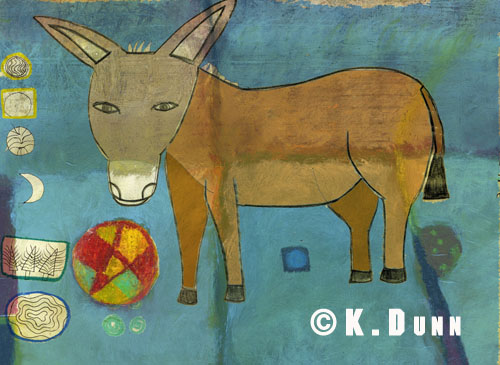 Despite the gloomy weather and flooding ravaging some areas, the donkeys are celebrating after I explained to them that donkeys have taken over the House. To honor the new wave of optimism, I plan to read 'The Emperor has No Clothes" to all the animals later on today. It's always difficult getting them settled in one area, but is worth seeing their faces as I read them good literature.

It's been very, very busy here. Working on illustration pieces, improving the portfolio, and working on the appeal that our neighborhood group will bring to the County about the proposed sub development up the road. The latter has taught me a lot about local politics, not all of it pretty. Some of it I knew, but seeing it in your own backyard is always depressing. So the election last night at least made me feel like people got mad enough to vote, and speak up at the emperor . I mean, just vote, people. At least do that. You can bet that if voting rights were stripped form people, there would be an outcry. Many of those voices would be from the ranks of those that find many excuses not to vote, I am sure.

So, since perhaps donkeys will see some resurgence in the marketplace, I am thinking my new little children's book might be good timing. This is not why it came to me last month, but I have had two ideas about a children's book in my head. One is on paper only, no drawings, and the other I am playing around with the art first, with the plot evolving. In a nutshell, it's about a little donkey who lives happily, accompanied by his best friend, a brightly colored beach ball named Ball. Together they play and romp, until one day the little donkey decides his ears are different and odd and he wants new ears.

Pino of course thinks he is the donkey in the book, Paco thinks it is him. I told them not to buy new halters for the Oprah Show just yet.
Posted by Katherine Dunn/Apifera Farm at 9:29 AM

Email ThisBlogThis!Share to TwitterShare to FacebookShare to Pinterest
Labels: Donkeys of Apifera

Heh. Brilliant post! I hope none of the farm critters felt compelled to resign.

Pino and Paco are too cute. Please do a children's book...I'll buy one for every kid I know. ;-}

I don't know what I love more--your writing or your lookalike donkeys. Wonderful, all!

P.S. So glad you're doing a children's book. Then I can learn from you, and you can help me with mine. : )

P.P.S. Finally getting around to commenting on a previous post here, too--love that you got up and made yourself waffles for breakfast!

This line made me giggle:

"the donkeys are celebrating after I explained to them that donkeys have taken over the House."

P.S. A friend recently gifted me one of your flower paintings. It's beeyotiful! Thank you!

Darn it, now you've gone and made me want a donkey all over again!

Thank you for making me smile. I needed it.

Good luck with your children's books!