Chaos of a shepherdess 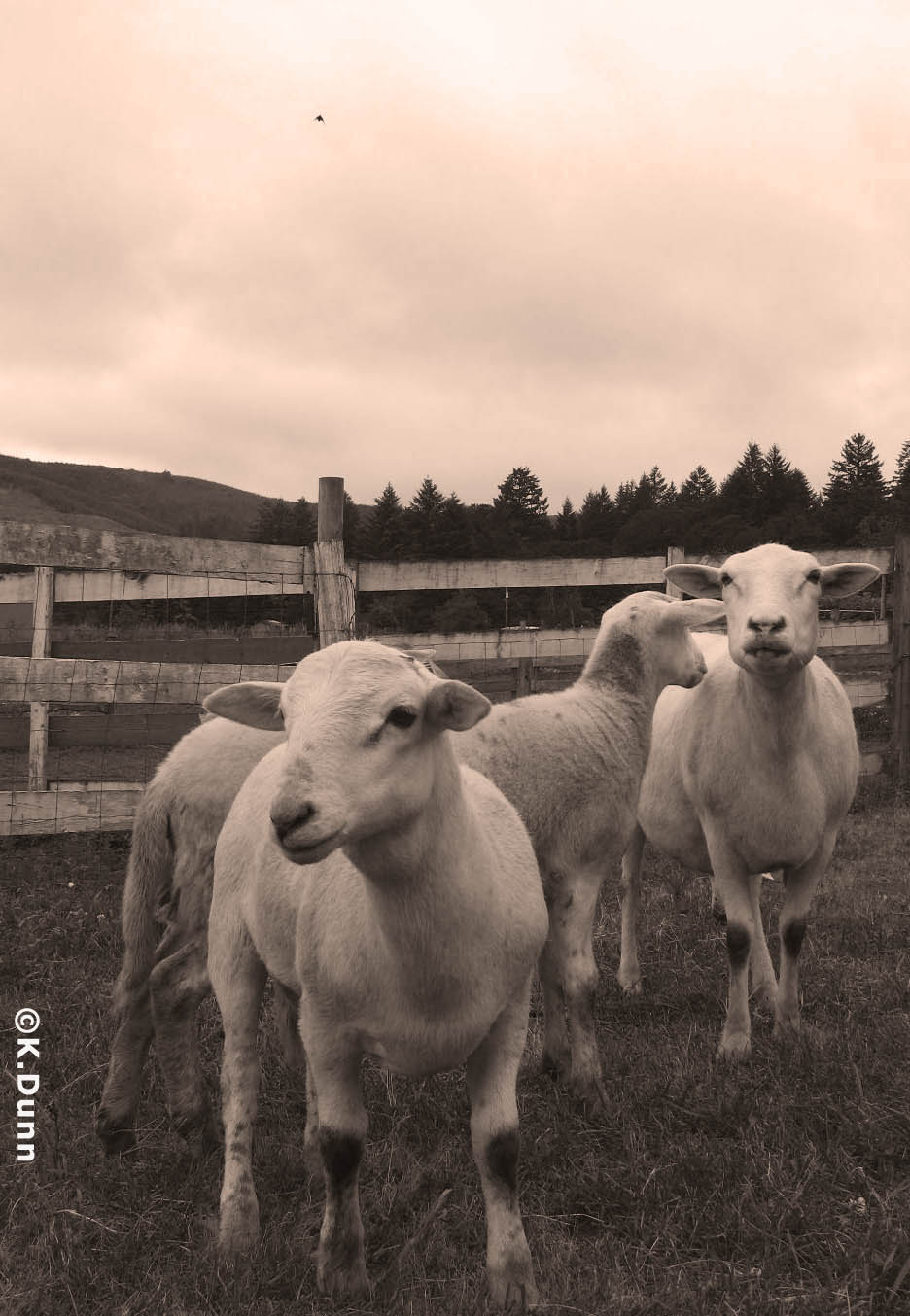 It's been a bit chaotic of late. One of my least favorite times on the farm is weaning the ram lambs from the ewes. This happens anywhere from 3-4 months of age, and it's a day or more of heart breaking lamb bleats..."What are you doing over there? I need some milk! There's something wrong, the flock is there, I am here!", the little men cry.

By pulling these lambs from their mothers and flock, it is the first step in the reality of harvesting an animal for one's own sustenance. After five years of doing this, I can't say it's any easier, but the cycle makes more sense to me. I can't speak for anyone else that raises animals, but for me, the sheep are very different than pets. They have an important role to play, they have a job. The first year, I hung onto as many of the ram lambs as I could, selling them for breeding. The idea of butchering them all was just too much to take for my new farmer head.

But as I watched these animals from season to season, as I interact with them on a twice daily or more basis, as I sit in the field and really watch them interact, I see them as they are - as a sheep. And sheep have a very clear daily mission that is bred into them over centuries - to eat, and to stay in a protective flock. I interact enough with my small flock of 20+, so I do relate to them as individuals. I respect the job they do keeping the lavender field weeded, and fertilized, and I respect the stoic nature of them getting up each day and doing their job without complaint. Their feet are kept trimmed, they are wormed, vaccinated, and often massaged on their backs.
They are never left in torrents of rain, and have food and water and warmth. And a routine.

The job of these young rams is to eat, and be sheep like. The day I separate them out is a stoic day for me. I hate it. But my job as shepherdess is to create a system to wean them that is as least stressful on them as possible. I have a system this year of putting them in a side stall next to the flock, so they can still smell them, and hear them. They run with the big rams now. I have come to accept this weaning as part of their job here, and that job is to feed us. My job now as shepherdess is to keep their daily routine just as normal as it always was, to greet them each morning with some touching, so that come butcher day, there will be no struggle. With the small flock, this has always worked out, and the butcher who comes to slaughter the animals as told me this.

Yesterday the two boys broke through a poorly rigged up fence and got back with the flock. I had to re-separate them, which was stressful for all three of us. The mother dam has all but weaned them and was more concerned when she could sense I was stressed. By busting out of their pasture, the ewes had to be run into the barn through Boone's pasture. I was concerned Boone might see the flock running toward his turnout stall and take after them, but good old Boone, I said, "Stay", and he did. But he looked at him as if to say, "What the heck is going on here?" at which point Frankie ran into his pasture and announced, "Chaos! Chaos! We have total chaos!"

This all happened after a day in the studio, and two hours in the field. I was tired, it was close to 8 pm. I was ready for food and wine, not necessarily in that order. I did not conduct myself well. I lost patience. The sheep immediately picked up on the grumpy shepherd attitude, and 1/2 the flock went one way, and 1/2 went another. Frankie proceeded to block any sheep that tried to head in the barn. Can't blame her, it was not the normal procedure, and God forbid, they were headed into the hay barn where her food was!! Eeegads, call the Sheriff!

While Boone continued to stand stoically, knowing this too would pass, I finally rounded up the flock, and got the two boys separated again. Somewhere in there I tripped on Guinnias, and yelled at him. Yes, I yelled at a senior citizen half deaf goat.

When all was quiet on the western front, I walked out to Boone to cool off. He didn't move an inch. I love kissing Boone's eyelids, and ears. He walked back to barn with me, let out a sigh, and I told him that it was he, not I, that was the better shepherd that day. I spent some time with the sheep, just being still, and then sat with Guinny awhile, apologizing. He seemed very understanding. 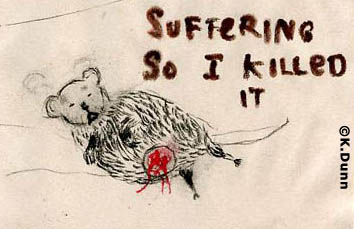 On my way into the house, I found a little mouse, still alive, lying on his back in the grass, his little paws contorted. He had a gaping hole in his lower body, innards could be seen. But he was breathing, suffering, eyes open. I stomped by boot on him fast, killed him. It needed to be done. "I'm so sorry," I told him, and returned him to the cool earth under the fennel forest.

I was inspired to try to sketch the face of the mouth, his little mouth open, and breathing. The weaning, the mouse, it was all intertwined for me.
Posted by Katherine Dunn/Apifera Farm at 12:35 PM

Your compassion and empathy for animals is so evident in this post. What an inspiration you are, Katherine.

If only all meat animals were raised this well!

What a difficult job and huge responsibility. Your post tugged at my heart.

Glad you chose the Fennel Cemetery...