The terrified sunflower and the industrious goat 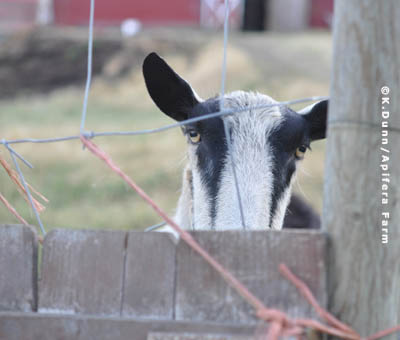 "You're not allowed to eat anything in this enclosed perimeter," one said.
"Who says?" he asked.

"It's a fact. It's the way it is here," the newly forming sunflower replied.

"No one told me. And they eat the lettuce," the goat said.

There was a collective "sigh" heard from the lettuce bed.

"Lettuce has their purpose, I have mine, and mine is to be seen and thrive until my seeds fall out, not to be eaten by a goat," the sunflower said, her voice becoming more agitated with each word.

"I can eat what ever I can reach, it's goat logic, it's goat law," Honey Boy Edwards replied back.

"Can not, " said the sunflower.

"Can not," said the sunflower.

This is how I found them, going back and forth like this. I had seen Honey Boy from a distance, peering through the vegetable fence at the Chicken Gateway. His expression spelled guilt, but guilt with complete confidence and no remorse.

Now the Chicken Gateway has evolved into a masterpiece of a gate like no other seen anywhere on the farm. It started as a non gate, just fence. But after chickens arrived at Apifera, they needed an access point into the vegetable garden when the growing season was over. So a small opening was cut out of the fence and when the growing season arrived again,a handy piece of hay twine was used to shut the opening up. Somewhere in there, Frankie the Head Troll realized she could wham and bam the Chicken Gateway enough that it would allow her to reach in and grab little delicacies - so more hay twine was added along with more chicken wire.

And then the tallest goat in the world arrived. He greatly admired the large leaves of the budding sunflowers. In fact, he ate three of them simply by pushing through the higher part of the Chicken Gateway. The other young sunflowers lived in fear of what seemed to be their fate - death before their true purpose of spreading seed. Fortunately, I came along at the right time.

"Honey Boy!" I yelped. "NO! NO! Not the sunflowers!" He gave me the Honey Boy look of "What is the big deal, sister?"

So once again I retrieved the number one most useful product in the entire world - hay twine, this time a blue color to add some tonal values to the Chicken Gateway.

As of this writing, it appears to be working. But the brussel sprouts have caught his eye. 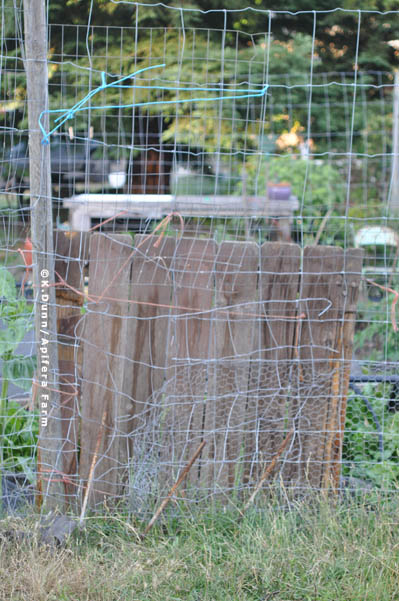 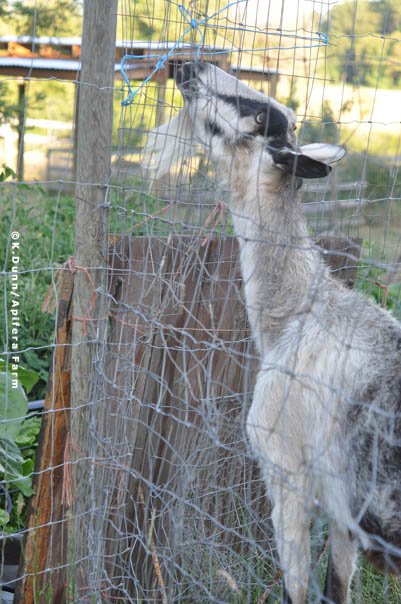 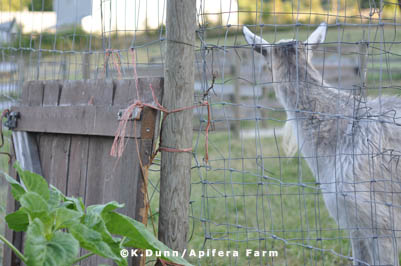 Email ThisBlogThis!Share to TwitterShare to FacebookShare to Pinterest
Labels: Honey Boy Edwards, Life on the farm

i've said it before but it bears repeating...a farmer cannot farm without two things... twine string and 5 gallon buckets....if you ever come east and can visit, you will feel right at home.....

So funny, I really am LOL right now. I just love goat logic!
And the gate is glorious...