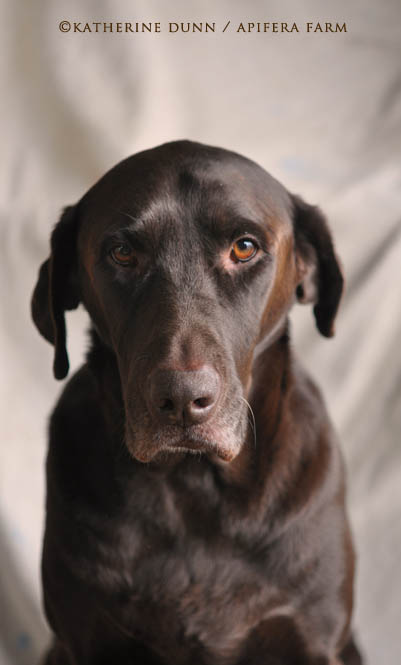 The greying on the chin has started, the stiff muscles after long runs are showing, the length of naps has increased, but one thing will never change - the look, the eye, the glance. The soul.

I do believe all creatures - and that includes animals, humans, trees, carrots and rocks - have soul. I was once told by an old boyfriend years and years ago - he was raised in a fundamental religion [um, you might understand why that didn't work out] - that animals didn't have souls. This one brief statement put me on a journey to discover concrete answers about the soul. I always thought anything natural had a soul, but had never really researched or pondered facts to back it up. It actually was a blessing because it allowed me to explore a lot of different philosophies and come to an understanding of what my beliefs were spiritually. And for myself, soul became more of a verb, an essence that we all have, that can shine even when we are damaged or hiding.

Soul is bodyless, in my opinion, but it can take up residence in eyes and hearts, or the wind or rain. Carrots have soul, yet we eat them - I truly believe vegetables and grains and grass have souls - As Joseph Campbell said, "Vegetarians have never heard a carrot cry." I have many vegan friends and acquaintances and I never, ever suggested they think differently, in fact, I never bring the topic up because many don't seem to be able to discuss it with a meat eater without going viral. Oddly, many seem to promote vegetarianism on to to me, and one person - a stranger - even suggested I was a hypocrite for saving animals but then eating meat. I disagree, but I really don't owe anyone an explanation. I spent seven years as vegetarian. I spent a lot of time figuring out what I believed. I'm at peace with my place in the food chain and the realm I am in now, the Earth.

What dos this have to do with Huck? His soul is carried in his eyes. He doesn't will it each morning to share his soul, it is just there. I never tire of feeling it, seeing it in his eyes. 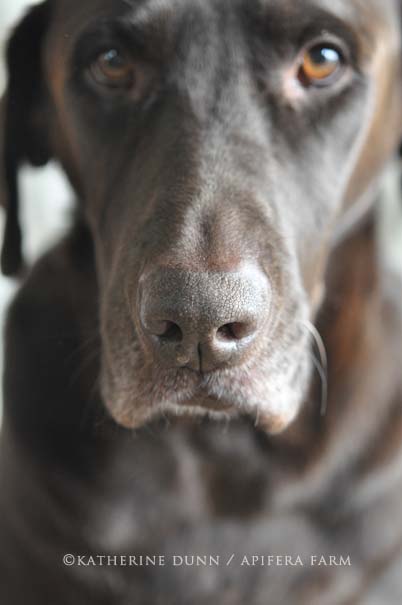 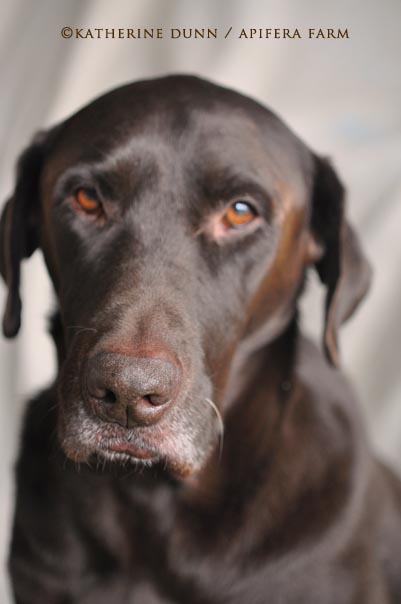 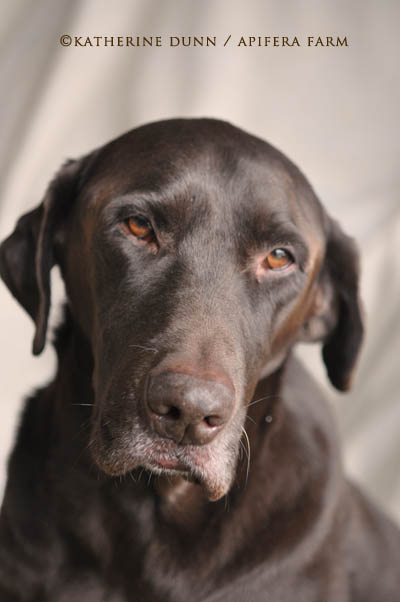 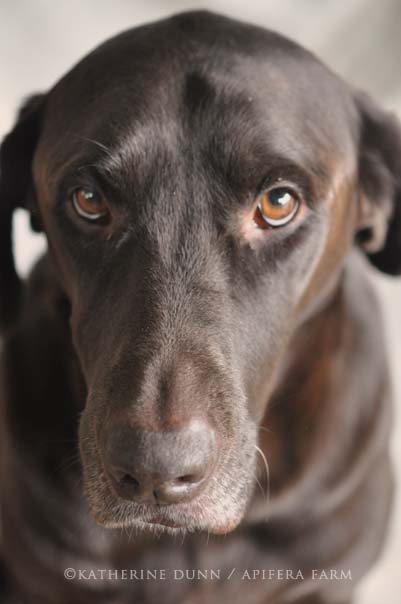 Posted by Katherine Dunn/Apifera Farm at 11:41 AM

Happy birthday, dear sweet Huck! One of the most soulful beings I know.

Happy birthday, Huck! Your eyes are majestic and your nose looks oh so lovable!

Happy Birthday, Huck! I can see your beautiful soul in your eyes. (I dumped a boyfriend for the same reason.:D)

Why is it that the soul shines first through the eyes? I had a very wise cat where every so often she would give me a glance that was more of a human connection than kitty. She was a wonderful old soul.

I'm one of those fundamental believers, and I also very much believe animals have souls and will be in heaven...