A good day for a pig 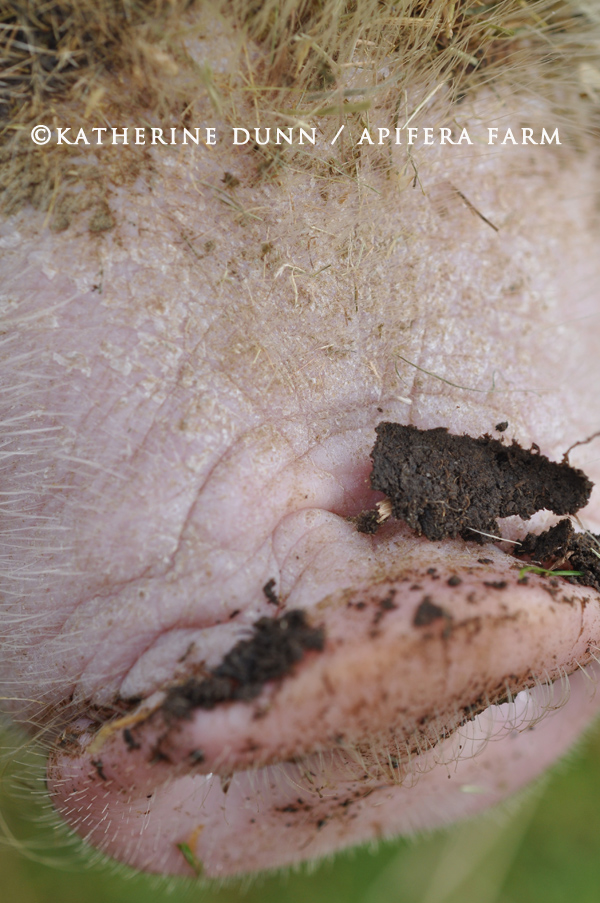 It's that time of year where I put the animals to work to help me pre-till the vegetable garden. They root and fertilize, making my late March work easier. It's a beautiful relationship, woman feeds animal, animal gives her companionship but also works in the garden, contributing their own little nutritious packages to spread about the dirt - and the worms sing. I used to give this job to the mini donkeys, but they treated the garden as a giant dust play pen, and ended up compacting the soil - and giving me lots of entertainment.

So I thought Rosie would be delighted with this job. But first she had to enter the vegetable garden. This became an impossible task for her, even though the elevation drop at the entrance was a mere inch. I tried everything to coax her in, even cookie parties.

"Nope. Not gonna down that scary step, said the pig. It must have been a depth perception issue. So I made a variety of steps out of bricks.

"Nope, not gonna down that scary step," said the pig.

Farmer thinks, ponders. In minutes she returns with a black stall mat.

"Pig! Surely this will be perfect for your pretty little piggie toes and help you get to the mecca of dirt and roots!" I say with enthusiasm.

Rosie the pig was adopted from Sanctuary One, along with Stevie the handicapped goat. Sanctuary One is a 'care farm' in southern Oregon where animals, land and people work together to heal, nurture and inspire. 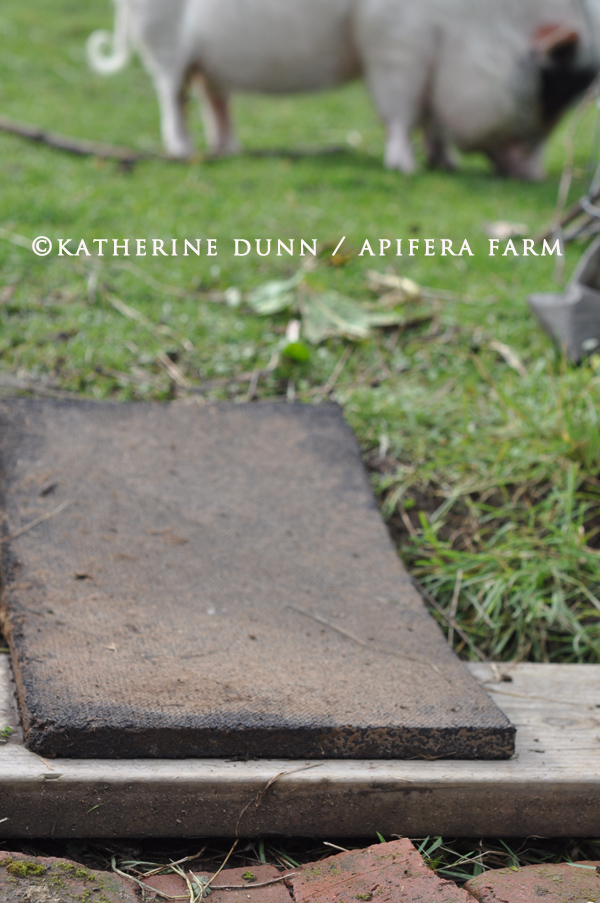 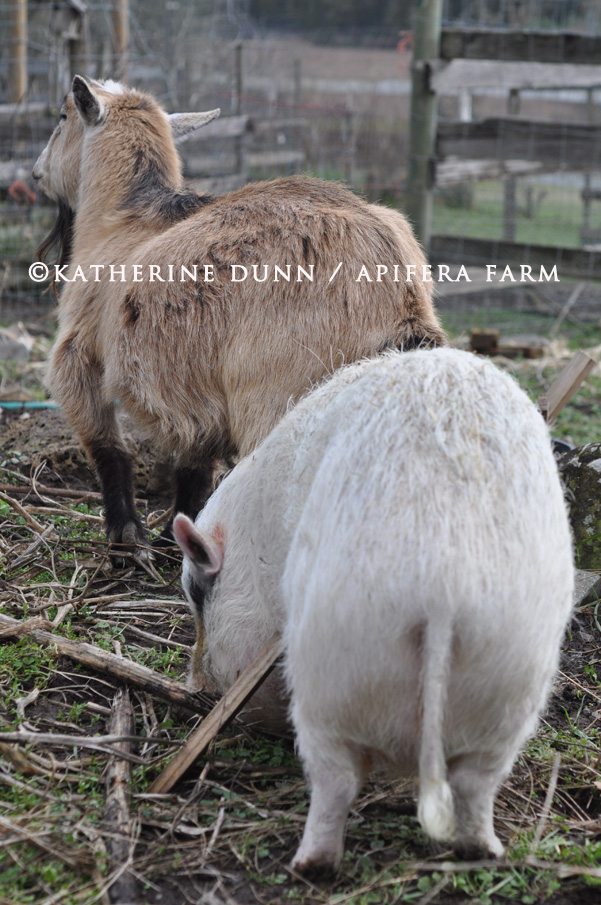 Posted by Katherine Dunn/Apifera Farm at 11:02 AM

My Grandmother threw all the tomatoes that rotted in the pigs pen and she had the biggest tomatoes the next year...they were like melons and tasted great. Nothing like a pig to help your garden grow. I used to make goat tea from goat manure and then water my garden with it...that works great also :)

I think I need a pig. My goats don't always cooperate and ALWAYS have an attitude.
I will wait to see how your garden grows.