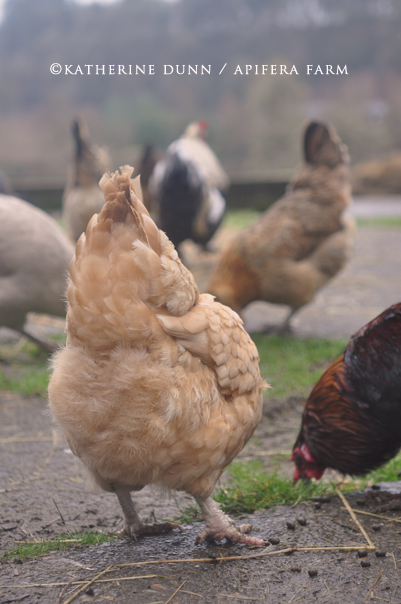 Chickens really get under your skin. And when you have a flock there are always certain ones that entwine with you more than others. Such was Clara. Along with the other two Buff Orpingtons, Florence and Golda, she was a charming, friendly and personable chicken. She had wonderful buff undergarments. The Buffs are such a wonderful breed, more like dogs as they follow along and are very personable. Golda doesn't run, she skips and it makes me so happy. Florence is more like the big sister.

I caught Clara looking listless two days ago and suspected Cocci. If you've ever had chickens and one goes sick - and chickens do go sick - and you've Googled the symptoms, you will be bombarded with so many possibilities that you never really know what took them out. But I treated her for Cocci with Sulfa, gave her Probiotics and vitamin liquids. She ate well for me and was still walking, but more in a drunk stagger. Her eyes and balance seemed better the next day and I treated her again. By night she seemed like she might pull through, but...I just knew.

This morning she was very weak and her eyes were shut. I tried to get water in her, but she was failing and couldn't stand. I had her in the chicken hospice unit in the chicken coop, covered in a hay blanket and held her several times throughout the day but she was really out of it. She died around four p.m. surrounded by the sounds of her flock. She is buried under the shade of the bamboo.

It's never a delight to bury an animal, but there's something so humbling about the life of a chicken. They are such busy creatures, busy, busy, busy! And they provide one of the earth's most perfect packaged foods - an egg. I always thank my hens for their eggs, and when I know one is dying, I repeat my appreciation over and over.

Clara never shied away from hanging out in the barnyard where the action was - which meant where I was. I love the picture at the bottom of this post, as you can see Clara comin' on over to check out the scene.

Clara was a working chicken. She provided eggs...and companionship. 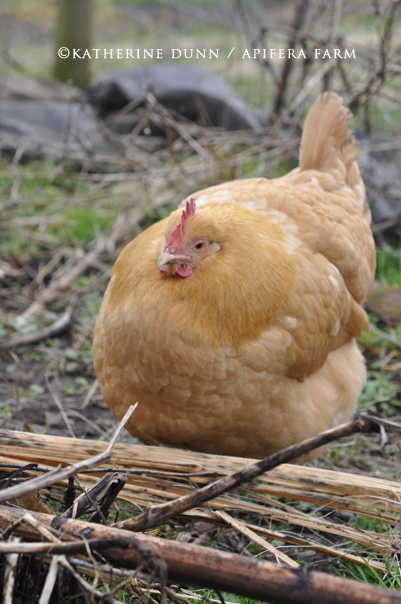 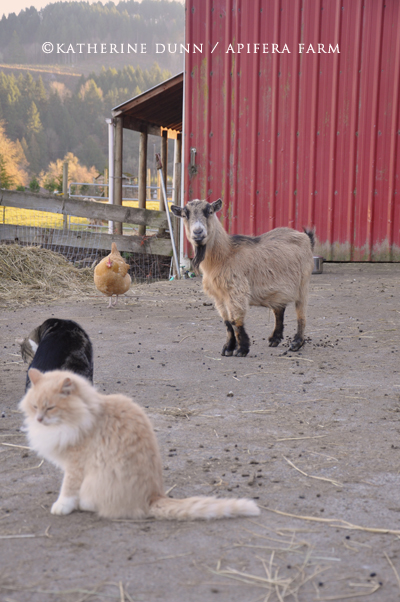 Email ThisBlogThis!Share to TwitterShare to FacebookShare to Pinterest
Labels: Chickens, Rest in Peace

I'm so sorry that you have lost your sweet Clara. Thank you for sharing her with us, and for taking good care of her while she was here.
Erica

What a beauty she was! Peace to the barnyard this evening. Thanks for sharing her story.

I'm so sad about Clara-she was beautiful. I'm going to check out Priscilla now, and look around at your farm.

I'm sorry about little Clara. I lost my favorite hen several weeks ago. Whatever took her dragged on for a week.

I like your description of them...they are quite busy little creatures and so much fun to be around and watch.