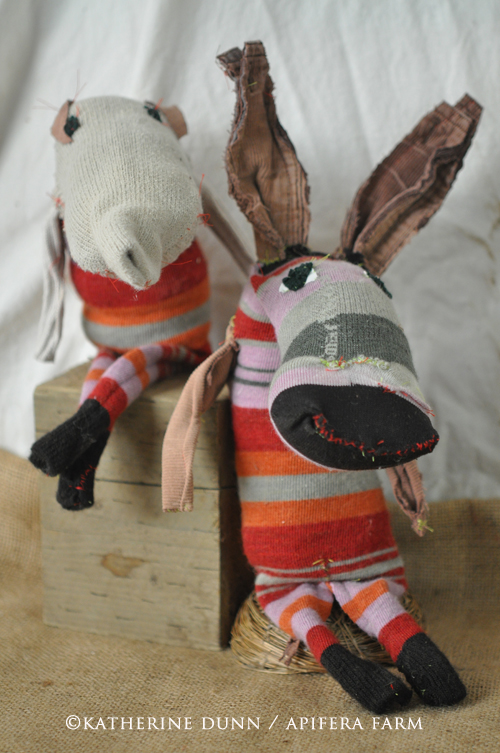 They met by chance. The donkey had been living alone a two mile walk up the hill, in the forest, alone. Donkeys do not thrive being alone and perhaps the stress of this turned the grey fellow into stripes-anxiety can turn us gray, so it makes sense to me.

Little shrew was born striped, he told me. He lived away from the other shrews-due to this abnormality. At least it was considered odd by his clan and he had been hoping to find others of his kind, to no avail.

He saw the donkey and watched him for a long time-being shy, and also scared, since he had little experience talking to donkeys-or anyone for that matter. But he was yearning for companionship after all these years and he decided that risking death was better than living another day alone. He rushed out from under his leaf and yelled to the donkey,

"Striped donkey! I am striped too!"

Startled, the donkey was stopped in his sad, slow foot steps.

"I am on my way to the farm house down the hill. I hear there are misfitted creatures there of all sorts and it is friendly. Hop on my back and we'll go there together."

And so it was some hours later, they knocked on my door. I had no qualms to take them in and they slept on an old sweater in the studio.

So I am busy making them a bed and proper pajamas. I will update you as things progress. 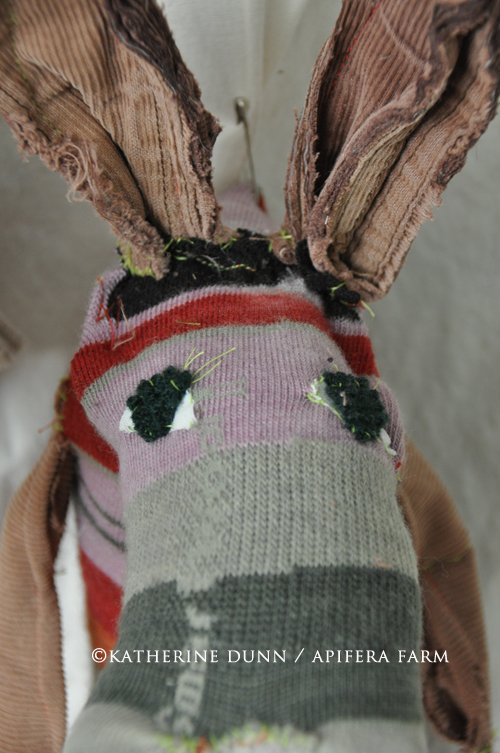 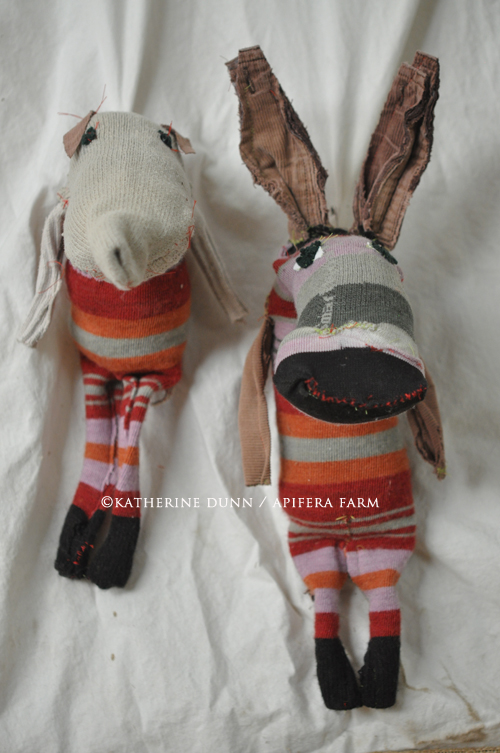 Love this story to go with your charming, raggedy creatures. xox