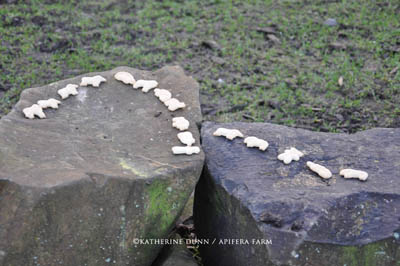 Today was Paco's tenth birthday. As some of you might know, it has become a tradition to give Paco a little birthday party, with his preferred Fig Newton Layer Cake. I take great strides to embellish Paco's birthday party with this favorite cake, for one because Pino has his pie party, Matilda seems to be the favorite at workshops, and Lucia is...well Lucia is just adorable and really doesn't need her own day because she is too busy being Lucia in all her adorableness.

I was aghast to find I had no Fig Newtons [collective scream in barnyard]. I had no time in my schedule to get the little fellow Fig Newtons and I was just horrified, knowing that face he would give me-the same face he always gives me but every so often we have to smoosh our human emotions on animals and convince ourselves they are looking at us and saying,

Well, that's exactly what happened. He did look at me like that. So I reacted quickly with the promise of a parade of sorts.

Great, now I had to get a parade organized. The Head Troll was busy. I know, can you believe that? But she has her own schedule and had some kind of meeting with the hens in the hay barn where there has been way too much pooping going on on the hay bales.

So, I trudged out with my large bag of animal crackers to the donkey paddock, and began to set up the party, alone, like I always do. I began the little parade on Giacomo's grave stones, where we always celebrate festivities. I knew the donkeys were on to me. I mean they knew there was a party to be had.

And I must warn you, this was the fastest and most chaotic Paco birthday party I've ever given.

Matilda arrived early before the birthday boy. She promptly ate the parade. Then in came the donkeys and I had to get the parade going to make Paco feel special so I got those animal crackers into a line and started making a parade and was trying to go fast, but, well I couldn't keep up with the party guests.

And the next thing I knew someone had grabbed my cookie bag and that parade just got all out of wack, there was no straight line in that parade, nope. It was just a big pile of a parade at that point.

In fact, the donkeys ate the parade faster than the parade could march.

In the end, I hid one animal cracker on Pino. As I left the paddock they still hadn't found it.

I didn't do very well with my photos this year. Forgive me, but next time I have a parade I will have to coordinate with The Head Troll. It's ridiculous to think I can handle this all on my own. 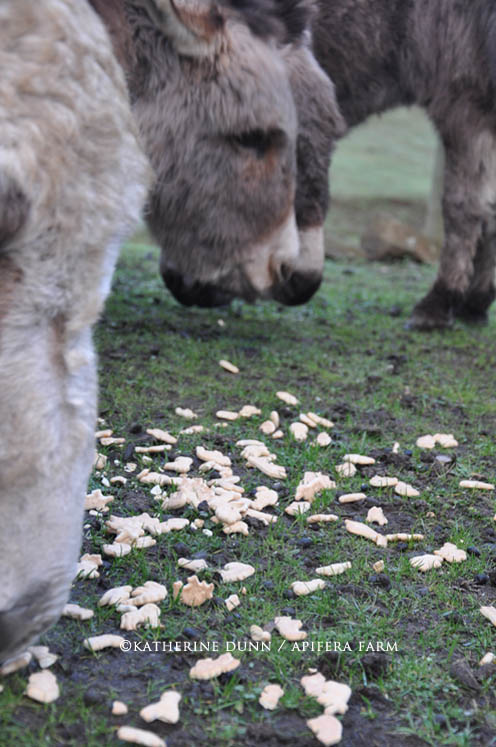 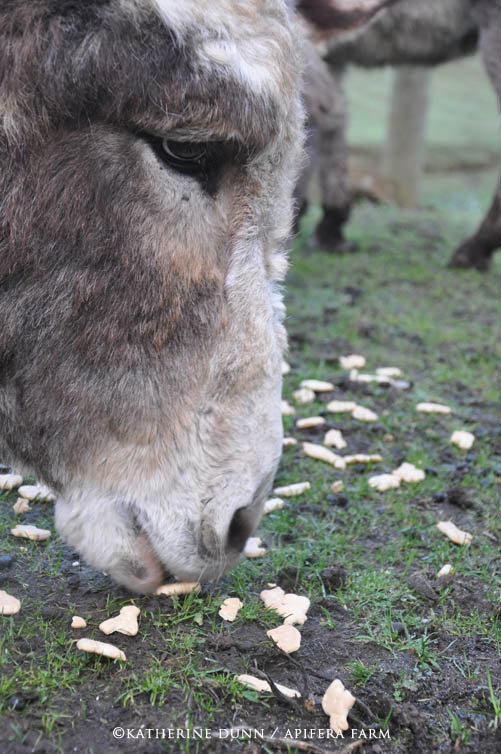 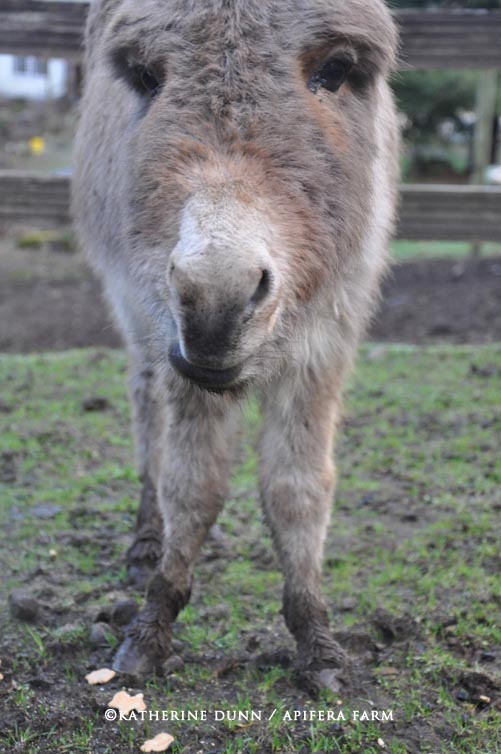 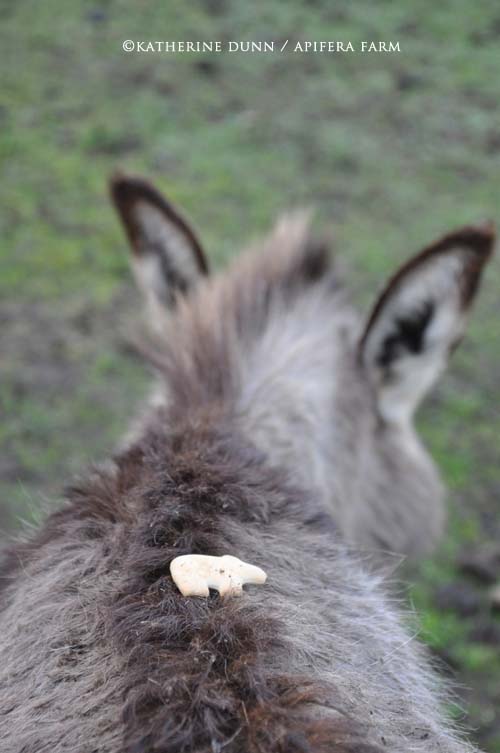 Too cute, the donks are so expressive. Better get a case of fig newton's so you won't run short. xox

Sounds like it was the perfect barnyard party! Please extend my best wishes to Paco (who I confess I have a little crush on w his poet's soul:)

what?!!?! no fig newtons??
'seems to be a lovely and perfect party, nonetheless.