The funeral of Mrs. Aster 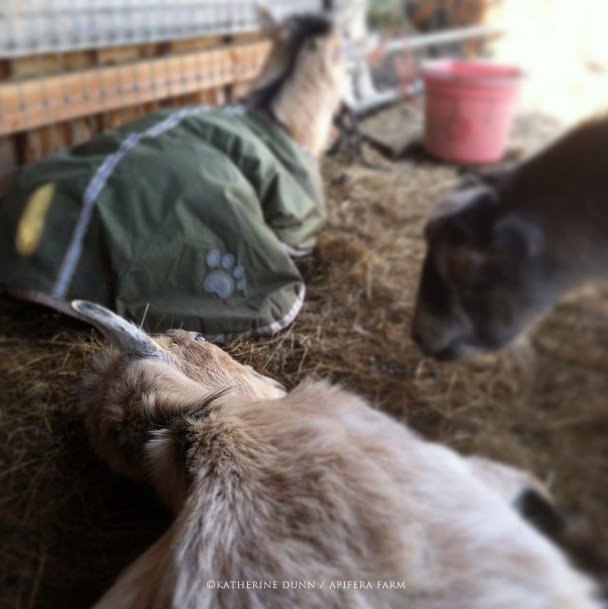 "You'll be with your old herd again," I told her.

She just wanted comfort, for her body, lungs and joints. Mrs. Aster went down late yesterday but seemed okay when I righted her squat little body. She ate normally. This morning she was once again stuck on her side but this time when I got her up she could not stand, and was clearly in distress. Her breathing was odd, and her glance was strange-it reminded me of the way BW's and Samuelle's eyes looked near death. Those were neurological issues and I was sensing this about Mrs. Aster.

I checked on her every hour. She managed to stay up, but was clearly in distress if moved. I dd stand her to ruminate her, but, she had no control over her hind end. I did not want to wait until the end of the day and put her though terror at night, for a pygmy on its side is in terror, and suffering.

But I couldn't get any of my normal vets out. One finally said they could come at 7pm tonight, but thankfully I was able to get in with my local canine vet who helped me out. I didn't like having to take her off the farm, but it had to be done. At the vet, we could see more signs that made us think it was neurological, and we had no doubts we were doing the right thing. She went fast.

I said awhile back I sensed Mrs. Aster would not be with us long, and it has proven to be true. You see it happen again and again-an elder animal lives through neglect or a bad situation for months or longer, they are taken out of that situation into safety and care, and sometimes, they just let go.

I have come to see this as a beautiful gift for the animal. I do not see it as a sad day. Exhausting, yes. For with any death comes the details of it-making the right decision in a timely way, carrying and lifting the animal around, proper final medical needs and then, burial. I feel relief for her, and the minute she was gone I felt hope for her-that she had melted into the feeling she once had of being with her herd.

I brought her home and laid her out in the lower Misfit village. This is the procedure I've always followed and will continue to if possible. I have always photographed the death scenes though don't always show them. This is more for me than anyone else, but I also feel it is an ode to the living herd left behind. Each of these images show the life going on much more than death. I did not doctor these images. I like to think of her energy just embedding itself in the light shining on her former herd, Sir Tripod Goat and Ezra. Perhaps that sentiment is if for the human in me, trying to make her a different form-but it doesn't matter. We all see what we need to in a death. Nobody can tell me otherwise. We all get to grieve it our own way and share the parts we want or feel a need to.

This is a good day for Mrs. Aster. Because it put an end to what might have been-a night of suffering. And he did not die like two of her herd mates out in the elements in muck and filth.

But she was tired. Her eyes were strange today. They were more like shark eyes. I've seen it before. I thought of all the changes that old goat went through in the past month-being taken away from her former home, that albeit neglected, it was her home with owners that did love her [dementia was involved in the end]. She was taken to New Moon Farm Goat Rescue where two more or her herd died. She left her herd again to come here, and to be reunited with Ezra. She had a lot of changes. Not unlike many human elders, being shuffled about from home to facility to a death bed in a hospital after a fall where they just finally might....let go.

As she lay in state, I did barn chores first, and fed the Misfits. Marcella sat at the gate watching the procedures as usual. Ezra ate right over Mrs. Aster's body, without any hesitation. There was no mourning, not human mourning. I have never seen an animal here mourn. I've seen them acknowledge a departure, and most often, they simply recognize a death, and look for the food or move off and nap.

I carried her to the pumpkin patch, ripe and full of other elder Misfits. I chatted with Floyd, buried right next to her. He did not meet Mrs. Aster at New Moon, he left before she arrived. I told him she was a fine goat and would be good under world companion until they have left the dirt.

I buried a lock of Ezra's hair in her grave.

And then I came to the house and ran my dogs. I noticed how clear the hills were, and I counted the flock to make sure all 32 had returned from the upper hills. As I came back to my studio, I looked out and saw the lamp on in the pig hut, a stream of light shining on some of the remaining Misfits, munching on hay, The Great White at their sides. 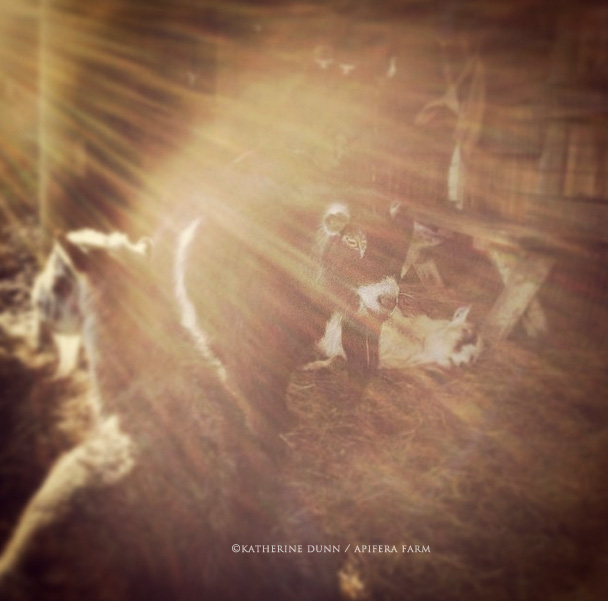 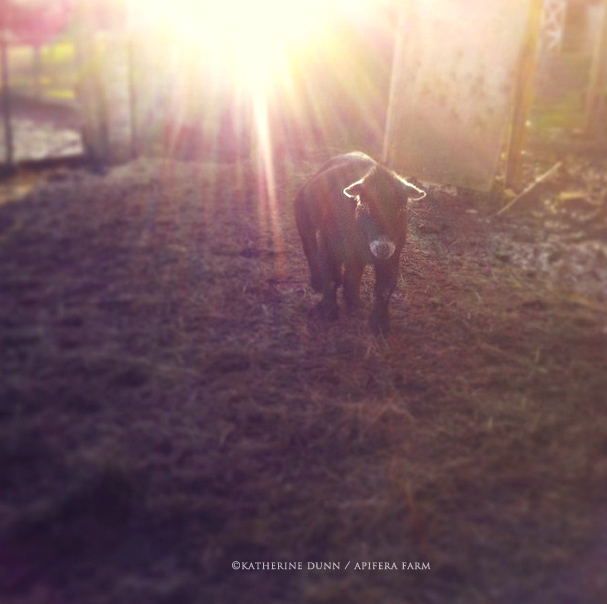 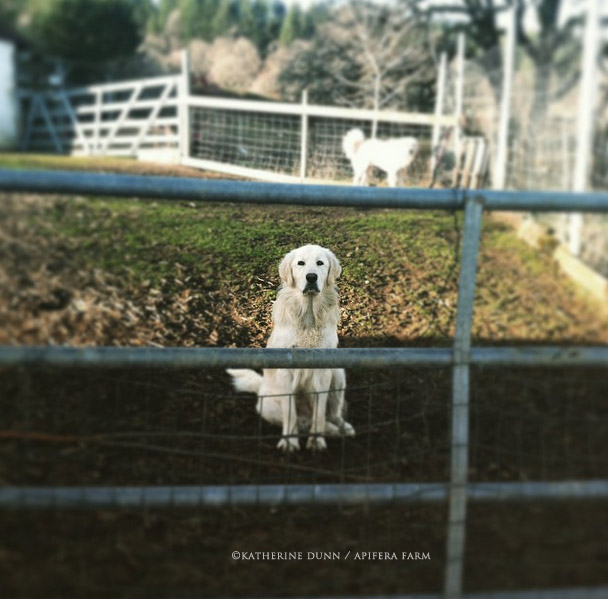 I a saddened to her of Mrs. Aster's death. I have read and reread your comments, pausing to shake my head in agreement with so much of what you said. The dignity and respect that you impart on each of your animals is truly remarkable. I know that Mrs. Aster will be missed...I will miss her, too. Thank you for your wisdom and kindness to those around you.

Sorry to hear of her loss. I am sure Floyd will be a good underworld companion. I believe for the animal that your willingness to be with them as they pass is a great gift. No living thing wants to be alone. Even though we all will be at that moment. Nice to know a bit of Ezra is with her. xox

lulu in the woods said...

oh beautiful, just beautiful; a wonderful way to send off a wonderful animal, thank you for sharing this with us

Your work as A misfit midwife is beautiful and touches many souls on many levels. Blessings!