I don't even know how to title this...but it's important...to me anyway 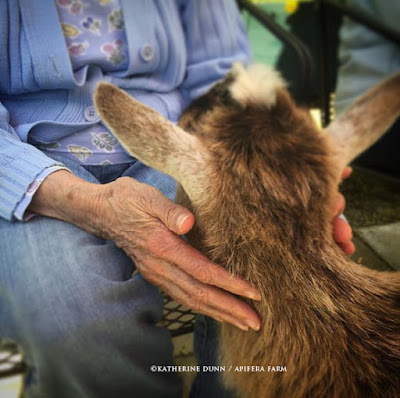 There is no doubt about it that caregivers and managers at elder care facilities have a stressful and difficult job balancing the needs of the elder residents and their needs with the needs and concerns of the outside family and friends. I was aware of HIPAA laws but really not well versed in them, why would I be? I have since learned a lot, and continue to educate myself on it, even though I am not an employee of a hospital or facility. One thing I have learned, even though the law is there to protect a patient's right to privacy and security of their medical information, it is a flawed law, and all you have to do is 'google' it and you will find that out. I am in no way saying people should not abide by the law, but am pointing out how the law can create difficulties.

Some incidences that occur with this law, to give you an idea of why I use the term 'flawed', are that let's say a resident lives in a facility or home, and one day his friend doesn't come to breakfast. The staff is not allowed to tell him what happened, unless by chance the disappearing person put his friend on a list. Anyone that might have been volunteering at the facility, no matter how long they had been coming and no matter how fond they were of the disappearing person, they too would not be told what happened. Many articles talk about how the law has made many hospital/medical/care givers fearful, and when someone is acting from fear, I wonder if the patient is really number one anymore. And it puts stress on the caregiver too.

I found out last week on one of my visits with Opie, that someone I care about deeply and have grown fond of over the past two years is transitioning out of this realm. I will refer to this person as Beautiful Cloud. When I arrived, there was someone in a room with the window open a crack, and there were a couple of people I did not know with name tags on. One of the name tag people tapped on the window, and asked me to hold up the goat. I did, and through the window I heard Beautiful Cloud's voice call Opie's name.

I knew something was happening but did not linger at the window. I went to sit in the garden waiting for the residents. It was a perfectly beautiful day. Before the residents came out, a staff person who has always been very nice came and told me I was not to mention Beautiful Cloud's name. Because of HIPAA laws, no details could be told to me.

One by one, Opie's friends came out. Looking back on this day, I truly think Opie picked up on the vibe of everything...maybe more from me than anything. I was my same usual happy self with the residents, but inside I felt off balance and off guard. If someone could have warned me before hand about White Cloud, or perhaps given me guidelines of do's and don'ts it might have helped, but I was told that is against HIPAA laws. Opie was very quiet, and even lay down, which he has never done on a visit. We all talked about many things as usual–movies, gardens, food, and aging to name a few things. But then the residents brought up White Cloud, and even though my lips were sealed, they told me of White Cloud's situation. They were not fearful for White Cloud. I wanted to talk to them about it, but I decided to be honest,

"I was told not to bring White Cloud up," to which they said they trusted me, and we talked about the idea of heaven and such, and what a good death can be, and we moved onto other topics.

"He recognizes your voice, White Cloud," I said through the screen.

"Opie and I are going to be thinking of you," I told White Cloud, who was now feeling a bit weak, so we departed.

So, I don't know. I get this is part of the work I'm doing. But I left that day feeling frustrated. What will happen to any of us in our old age if we are pent up in rooms with laws meant to protect us, but not able to communicate basic small things to the outside people who might make a small difference in the end of our lives. I will miss White Cloud, I have no idea where they are in their transition, and I will not be told. That is the way it is.

My work with elder creatures has shown me the powerful effect of simply being present at the end of a creature's life...of laying a hand on the brow, to say, "It's okay, someone is here."I realize my role with Opie is not to be a hospice nurse, or daughter, or mother. But I guess one of the things that upset me to my core on this visit was, after getting to know White Cloud for two years, it felt like that was underestimated. I'm glad I asked if I could say something to White Cloud, if I hadn't asked, I never would have been able to say those final words and let them see Opie.

Maybe I don't know one darn thing about anything.
Posted by Katherine Dunn/Apifera Farm at 10:10 AM

This is sad in the sense that it seems as if White Cloud is not even in control of who can visit. It's as if they isolate a person at the end, which is not how it should be. I feel warmed that you were able to "visit" via the window. If I were able, and living in the US, I would "waive" HIPAA if I could do so for my own end. Give people the option at least.

How sad...for everyone. The laws laid to "protect" us are dehumanizing us. I have a lot of thoughts on that this week.

So poignant, Katherine. Being denied a final goodbye is definitely a flaw in the system. I'm glad you were able to claim it in the end for Cloud.

This world is getting harder. Your
work softens the sharp edges. Thank
you for this moving story.