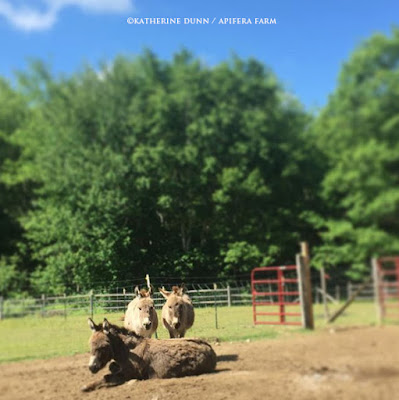 I arrived to do morning chores in the outer barn, and there they were, the three of them just as you see here. I stopped in my tracks and took a photo. They did not move, and as I returned to the inner barn to do my cleanup, I heard Paco,

"The summer solstice, also known as midsummer, occurs when a planet's rotational axis, or geographical pole on either its Northern or its Southern Hemisphere, is most greatly inclined toward the star that it orbits."

"I don't like thinking of the world as spinning," said Lucia.

"Im glad there's gravity or I'd be on the moon," said Pino.

"And your head would burst open if you didn't have a space suit on," Boone chimed in from the other paddock.

Lucia started to hamper, she did not feel good about this.

"It's okay, Lucia, nobody is going to explode. it is a day of celebration, It is the longest day the year, and think about it, we can take more dust baths under the blue sky today than any other day in the year!" said Paco.

"That is something to celebrate," said Pino.

I might strip down later today, after the hay has been delivered, and do the same. No pictures.

{The majority of our 540 bales of hay arrive today! Please consider a donation to help us refill our Apifera piggy bank. Thank you!} 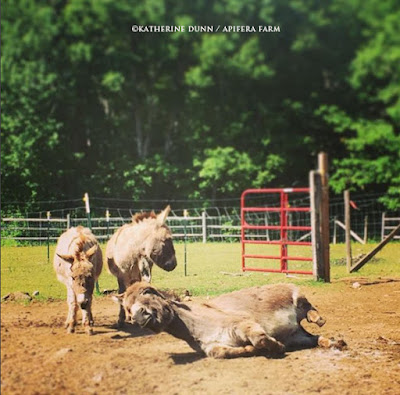 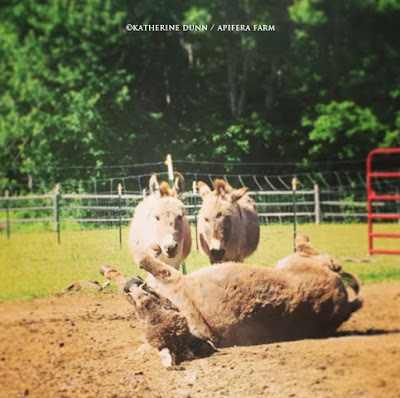 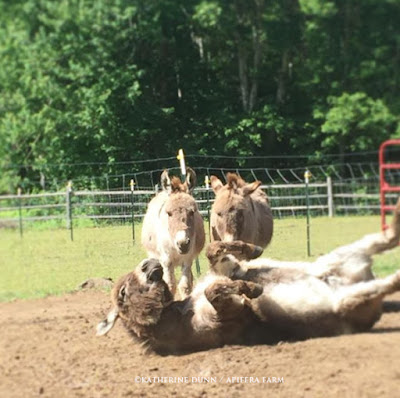 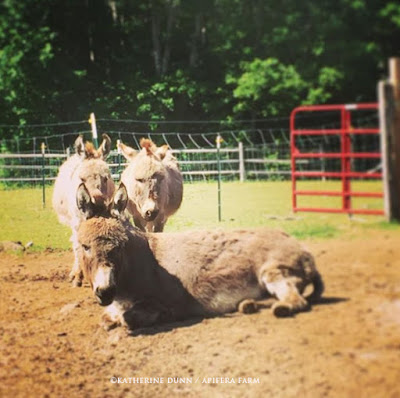 Posted by Katherine Dunn/Apifera Farm at 8:40 AM

Nothing like a good roll in the dirt after giving such a lofty lecture.