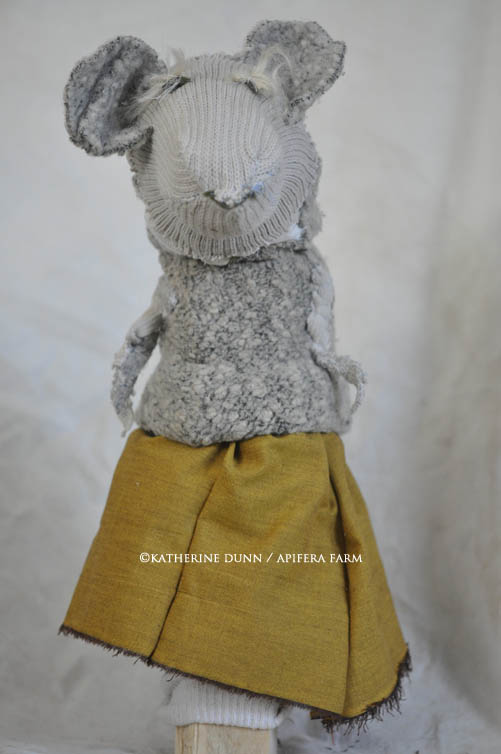 This is Juanita the XX, she is over 50, which is 250 in human years. She descends from the Juanita and Pedro line. She still gets up each day and dresses properly for breakfast. She has survived many cat attacks as well as raccoons.

She was born to Pedro VIII and Jaunita IX. This was before we had moved to Apifera, obviously. I found attic insulation on her, which makes me think she lived under the kitchen-above the root cellar where the insulation is visible. There are many secret passages-secret to me, that is-to and from the root cellars into the kitchen cabinets.

To survive this long is rather a miracle. Who knows why one does, and another succumbs to the death trap, or a cat, or natural illness. I guess it is not unlike our human world, you go when you go.

Juanita is proud. Even though she is very arthritic and getting around is difficult, she believes in keeping herself up to date, as much as possible. It reminds me of my mother-who until her death at 87 always took pride in her clothes. I know towards the end it became harder and harder but she always looked sharp, in a down to earth way. Juanita has trouble bending with her humped back, but still manages to keep her silks pressed, and washed.

She has been widowed over twenty times. Mouse marriages are often short, due to, well, death. But she can remember each husband, the first being Pedro Carlo Luiz and the last being a fellow named Frank Simmons. Frank came from a local clan down the road and he adored Juanita, perhaps more than any of her other husbands. He was 20 years younger, but found Juanita's knowledge of the local history entertaining. Frank was an accordion player but switched to harmonic in his later years. To this day, the sound of a distant harmonica always makes Juanita's ears twitch, and she has to remind herself that Frank is gone. 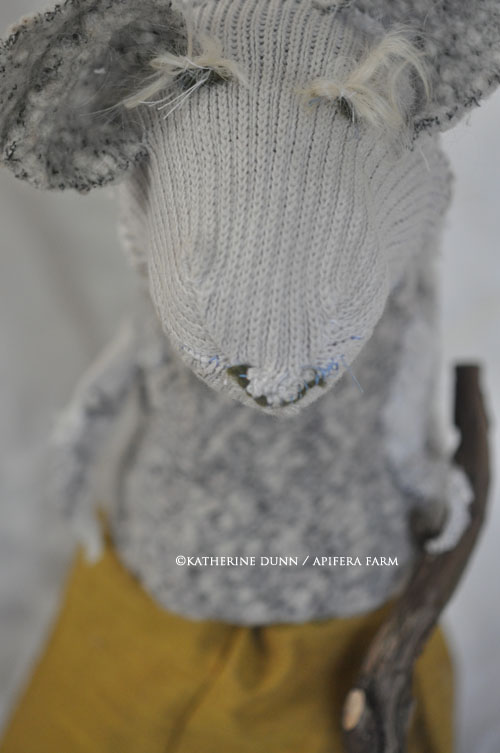 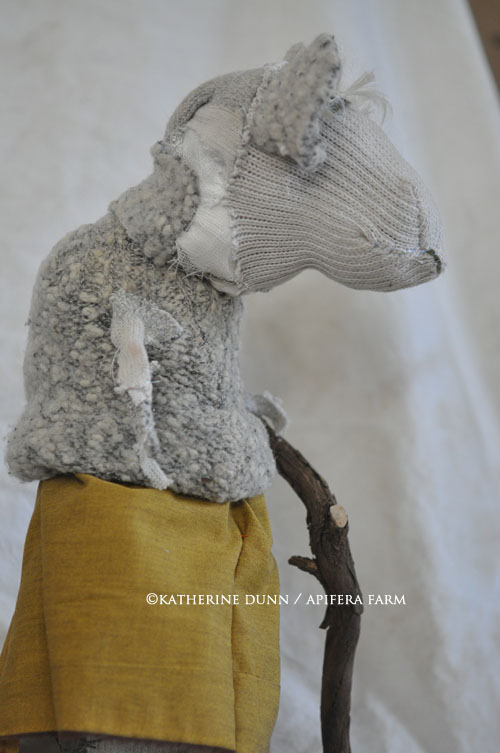 Oh my goodness, I'm in love with Juanita. And her story just makes me smile from ear to ear.

Twenty years ago, I sewed a special sock monkey for my grandsons. "Monk-Monk" has now been a playmate for five grandchildren. I've performed surgery on him at least three times, as over the years, his family has been a little rambunctious in their frolics with him. Each time surgery has been performed, all the grands gather round, hold his hands and rub his forehead quietly encouraging him to be brave. I hope Monk-Monk will be the kind of survivor that Juanita is.

Thanks for a lovely story.

What a wonderful old soul Juanita is! I love this.

You have the most remarkable imagination! I am starting to be tempted to buy one of your books....until then I enjoy your blog stories!!