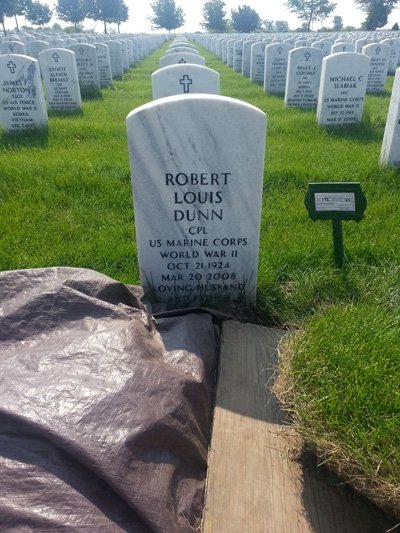 After moving to the farm, I became well acquainted with burial. In my former city life, single, with a dog and a cat, I'd bury little birds, or set dead moths free in the garden for the earth to mix with their remains resulting in a meal for worms or dirt creatures. But I didn't give much thought to the ritual of burial.

I only saw a couple of dead bodies as a child, my Uncles', in their open caskets and they didn't look real. I didn't connect the person i had known with the person in the casket. They were not the people that had talked to me or lifted me up on a horse. I know now its because their spirit had left, but I was too young and inexperienced with death to comprehend that.

As a caretaker here of so many creatures that arrive here in their elder years, I get to experience death in a much more authentic way. The animal dies and I am usually with the body when it is still warm. I can move the limbs and hold it in my arms and still sense who that animal was in life. I believe that their spirit is slowly leaving their body after the last breath, leaving on its own terms–just like the moment when you are finally done packing up the moving van, and you come in for one more look to make sure you haven't forgotten anything. As you packed up that house, memories abounded, but with each piece of furniture lifted into the truck that house loses a bit of the combined spirit it had with you.

So the spirit lingers a bit, I've always felt, the moments after death. They've let go of their body, now they have to let go of this realm and all the trappings of it. It is an adjustment of the spirit, and of my spirit as I say goodbye.

But by the time I carry them to the burial spot, dig the grave, their body is becoming a shell of what it once was. I've written this before that there is a very specific sound when you place a body in the ground-it is very real. I try to place each creature in the ground with care, and cover their eyes with some hay. This is all part of the ritual to honor my respect for them, even though it is now just an empty house-I do this to honor the symbol of that body. The grave becomes a kitchen for worms and oxygen to combine with limbs, muscle and bone of the departed, making meals for the earth and all the creatures of the underground, sparing some of it for weed roots and pumpkin seeds.

When my father died and was cremated, I thought it rather odd to bury the ashes. He had left no directions on what to do with his burnt remains so my mother and brother quickly came up with options. Because he was a vet, his burial was feasible in the vet cemetery and that is where most of his remains rest. I took some of his ashes to bring back to the farm. I sprinkled them in the roses in the garden. Each day for a couple of weeks, I'd visit the area where I scattered him, and each visit I'd see this one tiny chip of bone that hadn't been thoroughly turned to dust. I became very attached to that piece of him, and considered taking it and burying it with a headstone. But one day, it was gone. I missed it, and mourned its loss like the death all over again. That encounter made me realize that there are healing benefits to having a grave site where you can go and let go on your own terms.

Today, the majority of my mother's ashes were finally laid to rest next to my father's. She died in 2013, but it took some time to get her back to Minneapolis. My brother and his wife had business and other family duties and took time to have a private, five minute ceremony that the Vets offer, just as we did with my father. I was torn about not being there, but I knew her spirit was not in those ashes. I knew if she could speak out loud, she would have said

Good, that's taken care of, now your brother doesn't have to worry about it any more.

I asked them to take a photo of the tombstone, my mother's will be done in a few weeks. I never got to see my father's tombstone and as I first saw it, I skimmed my fingers across the computer screen. Just as I do here after I bury an animal that has been bigger than life to me and now lays under the dirt, the grave is a conduit to each other of what that body once held.

I was thinking that death is so hard to comprehend, and imagine for ourselves, because it is spaceless. Like in a painting-the negative space is as important as the positive, but the beginning painter might not know how to work with it, or can't see it at first, because it is not there. But it is there.
Posted by Katherine Dunn/Apifera Farm at 12:37 PM

Your analogy of moving house/leaving the body is so poignant. It reminded me so much of when we put Griff to rest on the couch and left him there all night. We sat with him a lot and cried over him and I knew that in the morning his body would be cold but would still be HIS body. We covered him with a blanket in the middle of the night but not his face. It was the respect for the vessel that you speak of.
My sister died almost 4 years ago now and there is no headstone for her. I want to have something with her name on it to mark that she WAS here. I also know the importance of this and I'm sure in time her husband will get there too. Thankyou for such a beautiful post.

Ah, Griff....it's a gift to have that time with the body, for sure, to come to realizations-even though you still yearn for it later. I'm sorry about your sister....I guess we all have different feelings about how to deal with death, how to speak of it's pending future in our lives, and it's aftermath. Perhaps right now, that tombstone is just too final for him.

I was just saying to my husband today that my Mother died in 1981, still can't believe it was that long ago. She has a tombstone and my Dad's ashes are buried right next to her. I still go to that town frequently but cannot go to the cemetery, it's too painful. I know they are not there so I don't feel bad about it. But, our new/old farmhouse is across the river from where my Dad worked for 32 years and I feel his presence intensely always watching and looking out for me. I like the idea of a green burial or letting the wild things eat me, going back to the essence because spirit lives on, I am convinced of that. The there is there. xox

I can understand not being able to go to the cemetary, Corrine. I feel that way about returning to Minnesota- the land I love but also grew up in and so many memories on every corner. I can see how you would feel your dad in his old work area...that is what its all about in the end

Lovely reflection. I lost both of my parents in 2013 and when my father died we buried them together. Even today I miss them dearly and feel at the same moment my own brief mortality perhaps that's why beginning painters have a harder time comprehending - the negative spaces haven't touched them so directly yet.

Ann- that is a very interesting point about beginning painters/negative space.....2013 is still a close distance, I know.