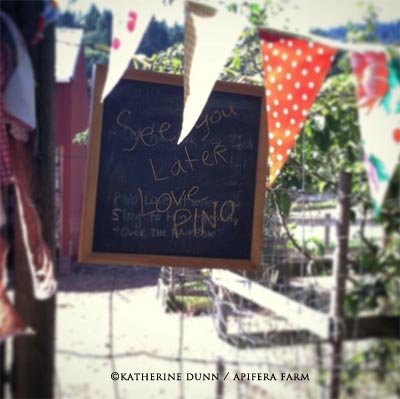 The final Pino Pie Day was held on Sunday under a blue window attached to the big top sky over Apifera. It was a solid turnout of friends, family, blog readers, and social media friends who had to share their real names. I thank everyone–guests and volunteers-who helped make it so special. And Peaches was probably the happiest cat in the world. Some more pics here.

It was another Pino Pie Day full of encounters with strangers and friends alike, coming together on a farm for all sorts of reasons. Some have read my blog for years and wanted to come this final Pie Day and see it in the real; others made a two hour drive or more to visit for the art and books; and there were children who I had watched grow up over the past nine years.

I had predicted a quiet day, and although it was a nice, steady turnout, it felt calm to me. I know that is because of what was inside of me. The little girl who I have since voted 'Most Enthusiastic Pino Pie Day Guest of 2015" was not feeling calm inside-her heart was puttering at high speed, thrilled at each pig snort, donkey hug and goat kiss. She found something in every nook and cranny that she willingly shared in excitement with any guest that happened to be passing by. When I had to move Boone out of a lower field mid day because of heat and flies, I let her walk on my side as I led Boone to his other paddock. These are simple encounters that child won't get on You Tube-they are little memory nuggets that impact a young heart to make dreams for a future, her future.

Then there was Gracie, age twelve, who was on her fourth Pie Day. I sensed pride in her face when I acknowledged how many times she had come to the event. She told me something as she was leaving-

"I got to do something really special this time. I just sat with the donkeys for a long time and listened and watched with them, it was really special."

That's why I did this event in the first place–to share the everyday encounters I have that I know enrich my life, in quiet ways-in turn they enrich the creatures. It doesn't take any equipment or technology to sit amongst animals. It is the best way I know to calm myself, and as I've written before, the silence and communing I do here creates an internal space-a safe space-to open up to feelings, emotions and conflicts I might have. I truly believe animals have an ability to absorb certain hard emotions we humans often have to sloth off, and they then shed that energy into the air after it cools through their bodies in some way. I recently saw a movie of a young boy having an emotional meltdown-he was about 15 and I forget what condition he had but it caused him great frustration in which he'd isolate himself in a room and sob and cry, falling into a crouched position-it was heartbreaking to watch. But his dog was always with him, and that dog just waited, in non judgement, and eventually the boy would calm, and then he'd melt into that dog's neck as his sobs lessened.

I have had meltdowns amongst my animals. Sometimes it is from sadness. Often it is boiled up anger combined with exhaustion or heatstroke, where I sit on a bucket in my barn and just let it all out. I don't call anyone over, I don't pick out one animal over another to come heal me. It's not their job. But invariably, one or two always come over. Marcella is now a big supporter of emotional cleansings. But sometimes, I sense a goat nose behind me, even a hen or two. If I sit quietly on a dust mound on Donkey Hill, there will always be Pino, standing, listening to me, understanding not what I'm upset about but that I am indeed struggling. He waits patiently until the struggle is over. When an animal dies here, I go about the chores, and as I come to each mouth I have to feed, I tell them

{Insert name} has died. I always tell Boone first as he is the first to be fed.

I think a good analogy of how I felt about yesterday's event was that it was like a mid-career retrospective. I looked around and saw all that had been done on the farm–all the paddocks and structures that would allow me to help animals. While I am not taking hundreds of animals in, just the number I can handle, the numbers aren't the point.

The point is that the animals and I come together and I use my energy creatively and spiritually to seek out a continual purpose for them, even if that purpose is to simply feel safe. When guests show up here, that's what they see. One guest said she did not look around and see misfits, she saw beautiful, loved animals before she saw disabilities.

Stevie has been giving kisses since his first days after being taken in by Sanctuary One. He was not taught to kiss, he just does it. You might think it sounds like a gimmick, or that we are all just saying it is a kiss when it is just a goat sniffing for food. I was somewhat skeptical myself when I first heard bout it. But as I grew to know him, I saw this was a way Stevie communicated his sense of trust and acceptance. I always feel Stevie's kisses come in two ways, one is,

I can remember encounters with people in my pre-Apifera life, pre-Oregon life and pre-self employed artist life, where I'd have have a momentary inspiration that would come on fst and be tucked inside of me after I'd say to myself,

Someday I'm going to do this.

One such encounter was when I was about thirty, trying to find a way to make a living on art, and I met a woman in her seventies who was a self supporting painter. That waas truly the moment I knew someday I'd paint. It took a lot of other jobs to get there, but I did. I know each Pie Day there are guests, some of them little children- who have these momentary sparks. This year my friend and volunteer Emma was working the studio and young girl really liked my art. She wished she could paint like I did but didn't know how. Emma encouraged her, telling her how I once didn't paint either and you have to start sometime.

I've had some people -mostly people I have never met or hardly know but follow me-wonder if I'm okay. Am I sick or something that I'm ending Pino Pie Day? Are we moving?

To any good creative endeavor comes a stopping point when you know internally the painting is complete or the book is ready to be printed. This is a time of accomplishment, a time to feel good about the efforts of the last nine years, but it lso comes with a sense of relief. The farm has shifted. My work and muses have shifted. The ending of Pino Pie Day opens my internal space for other creations. I don't know what they are, but they will present themselves in time.

And there will always be Misfits out there. I will be open to them until I can't be.

If you missed Pino Pie Day, the annual fundraiser to support The Misfits, you can always contribute or subscribe on an ongoing basis. 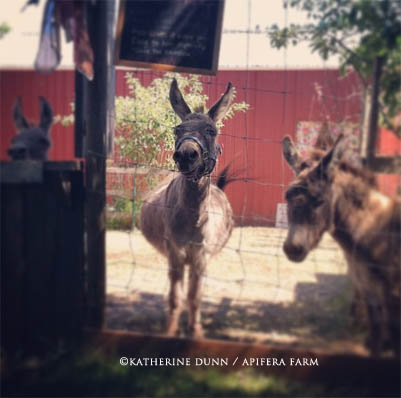 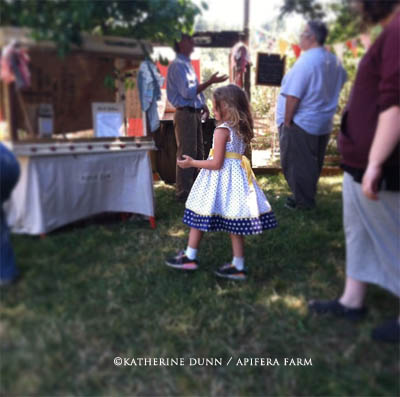 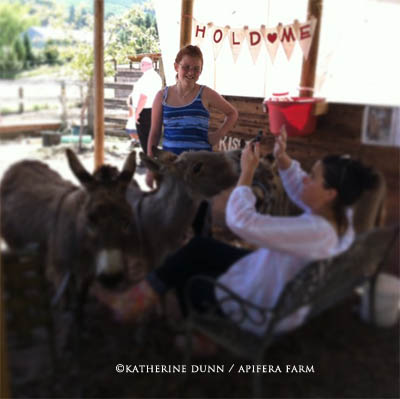 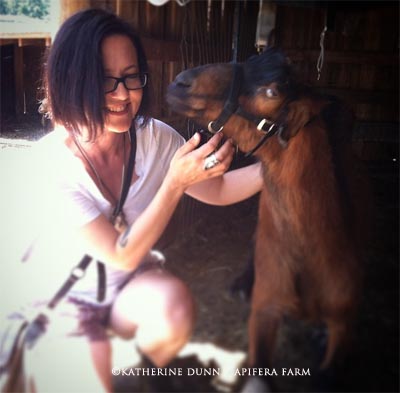 Simply beautiful post. Those nuggets are the stuff of life that we remember as we get older. At least for me that's true. Energy shifts are good things, making space, how lovely. xox