To fund or not...just give me a pig kiss 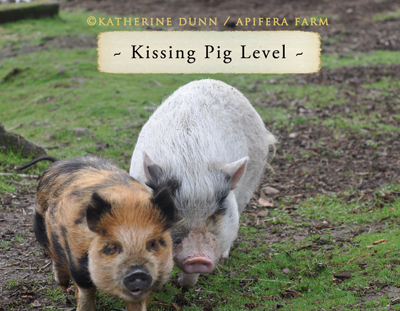 If you aren't sure what the "Kissing Pig Level" is all about, please visit here and take a good look. It's your chance to pre-order some books and help an indie author/press get yet another love story out into the world. The world can always use another love story-especially one for the middle aged gang or those who are a bit later to love like I was in my then forties. And if donkey, homemade pie and talking barns are included, all the better for many readers.

I've also put up a couple mock ups for cover options to mull. They generated about a 50/50 opinion pull on both my Facebook pages, but I kind of think option 2 is slightly ahead, and it is the one I was leaning toward from the start. But I will put them down for a bit and look with fresher eyes. It's interesting to hear the comments too.

We have 32 days left, with day 30 being the middle of the 60 day funding period. As you know, the fund goal must be met or I get 0, and you aren't charged. To be honest, I am having a hard time going through this one, and look forward to the end-no matter what the outcome. I guess that is not the best marketing tactic to get you to pledge NOW, but I really am exhausted by it, and knew this is what I was up against. When it is over, no matter what the outcome, I'll know I've done my best to pitch it to you all- but I will be relieved to be back to other things. I would warn that to all Kickstarter people-especially the majority that do not garner immediate funds like I've seen some people do of late [bravo for them, but it is not the norm]. I think that is something I'm trying to avoid- the watching or examining other Kickstarter project-some that seem rather boring to me, and they get over funded by day 5 or something. That's when you start playing the - "What's wrong with me" in your head.

And that's when I take a breath, go outside and look around. I have what I have and it is just all good even if a Kickstarter project doesn't get funded. So there.

I have an idea that I just want to be with my donkeys again. Alone from the world for awhile. Maybe spend 24 hours straight on Muddy Hill with the The Great White. Take Boone on a day long trek and try talking to 5 strangers along the way and ask them one question. I don't know, we'll see... I'm tired.

So there you have it-32 more days-and then my donkey and I bake a pie and retreat to the hills.

Hey the donkey just brayed, maybe someone pledged. Either way-my cue to get to the barn for feedings. 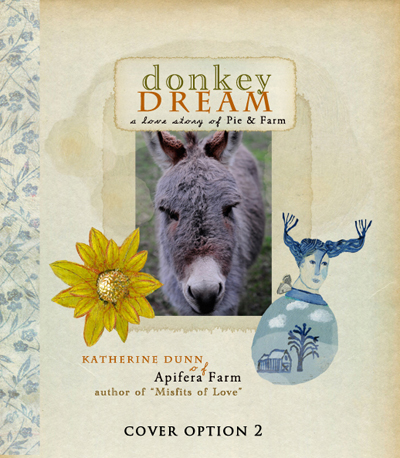 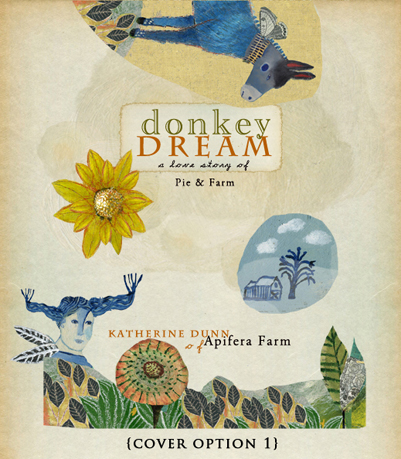