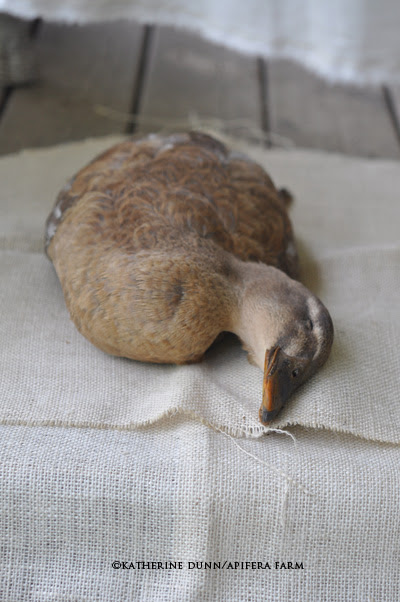 I knew her time was coming in days not weeks. Saturday night Lonely Duck had made her way down the long drive again, alone, to find her small pond-the pond that her male companion had perished in by raccoon a few nights before. When I found her, she once again went passive and lay her body down in a submissive fashion, not fighting her capture.

I carried her to the night stall and she settled into a corner, ignoring the other female duck and Priscilla. Her behavior struck me as a creature that had let go. I considered leaving her in the pond, as it just felt she was dying and maybe she wanted to die there, away from the crowds. Animals are like that, they don't want bedside drama of the clan. The next day I had a plan, to revamp an area near the Martyn made pond in the lower Misfit Village. But when I came to the stall I knew that was pointless, Lonely Duck was in a corner, alive, but clearly checking out. I left the two ducks and old goose together there for the day with their cherished water bucket they love to swim in. This morning, I found Lonely Duck beautifully posed in the corner of the stall.

I wanted you to experience the peace and beauty of her body, her head turned and laying on the ground, making an abstract shape of her elegant neck. Her sweet orange feet spread out back just as you see them here. I sat with her sometime in the stall this morning, petting her-ducks are so soft, softer than chickens. I was glad for her. Did she die of a broken heart? I don't think so. But she died ready to move on, her body told her and she sank into the next step.

I was going to bury her with her mother in the pumpkin patch, but decided to return her to Earth in the same spot I left her male companion some days ago. I know she will be eaten but it felt like the place she probably would have waddled too if she had the strength last week.

And so, The Bottomtums, once numbering six, are now one. And the old goose lives on. 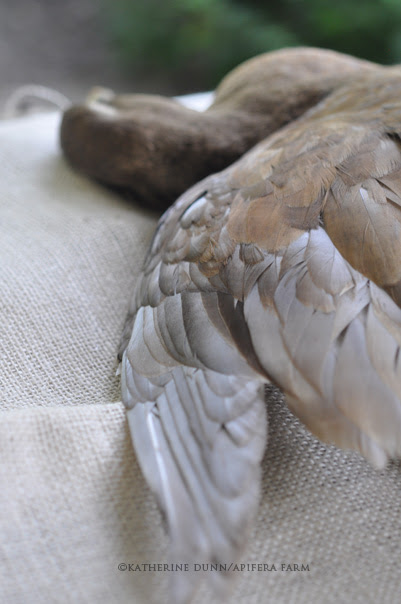 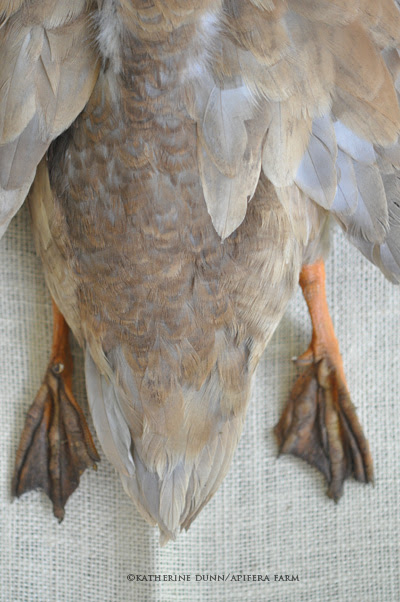 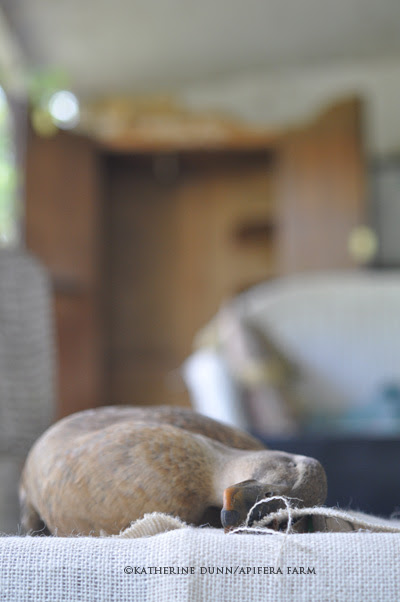 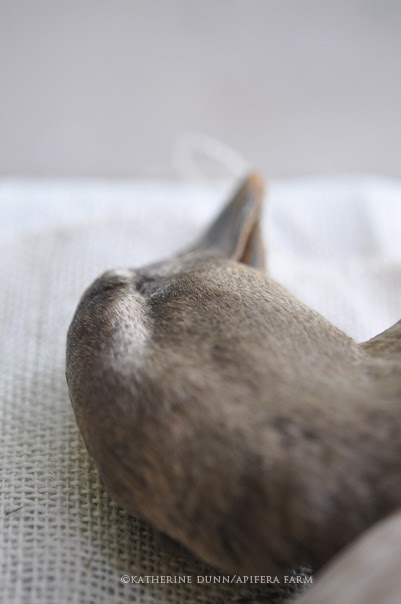 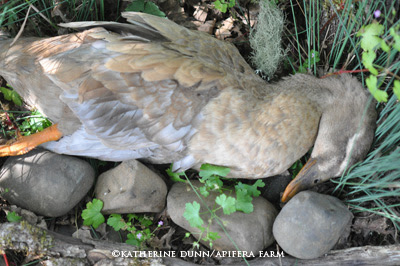 Posted by Katherine Dunn/Apifera Farm at 11:40 AM

Email ThisBlogThis!Share to TwitterShare to FacebookShare to Pinterest
Labels: Apifera's Adoptees, Rest in Peace, The Bottomtums

so beautiful, so sad

You honored her so much by telling this story, and thank you for letting us participate in a small way. Yes, sad but very beautiful.

I'm sure you are right, but in spite of that I think she wanted to be with her fellow, and hopefully now they are swimming around together.

you're helping me to understand death in a new light. thanks for the wonderful tribute to Lonely Duck.

I honor you both.

Aw sweet duck, she is at peace. xox