Moon over The Great Whites, a greeting from a father gone 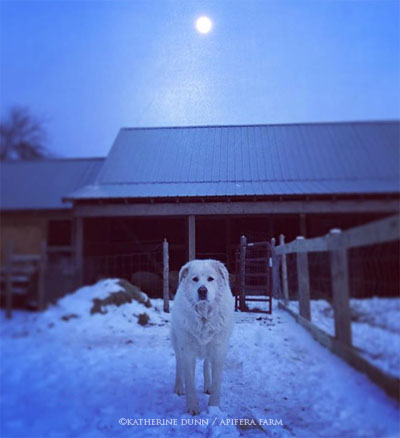 The moon has been spectacular these last couple of nights. When there is a full moon, I always say,

Bob was my father, gone since 2008. The day he died he literally became the wind to me, it was so visceral. My skin and body were electrified after he died, I could feel so close to him just by the wind. I had never experienced that before. And that night, the full moon appeared, and I did not hesitate, it was him.

So it was not quite a full moon, but close enough to greet him.

I had been doing barn chores and turned around and there was the moon, right over White Dog. I think this is the blessing of the darn iPhone, I can't lug a camera all over during chores, but that is when so much happens that is the fabric of the life here. I asked him to stand while I got my camera out, and good molly goodness, he did. Thanks, Benedetto, it has been a very well received photo. And then leaving that field for the house, there was Birdie.

Beautiful. A moon over a llama, my llama. How many creatures were bather in that light last night? 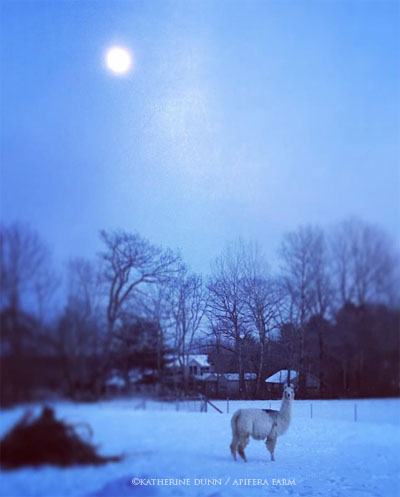