In the blink of an eye...it can happen to any of us 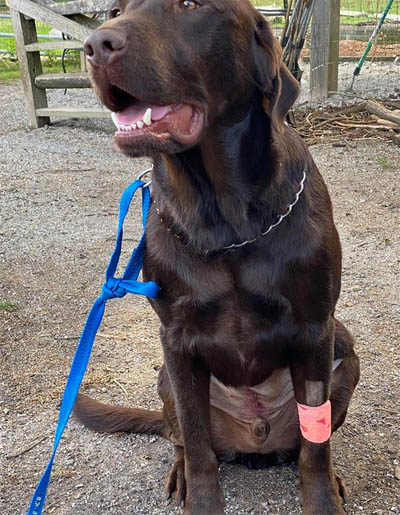 So much has gone on in a week, one right after the other. I keep it all up to date on social media so it gets daunting to relive it here too. But the one thought I had this past  week is the phrase in the blink of an eye.

Bear got very sick last Saturday morning and threw up a couple small rocks. I surmised [wrongly] he had eaten the rocks to try to throw up something else he had eaten-which on a farm can be a myriad of things. He wouldn't eat and was morose and clearly uncomfortable. I knew it would be 24 hours to pass something so we watched him closely all Saturday into Sunday. On Monday he tried to poop but nothing came out, so I called the vet and got him right in. The x-rays showed he had rocks in his large intestine and once into the surgery the vet had to take out a large portion of his small intestine that was dead. We knew one scenario was he might not come our of surgery if the intestine could not be repaired. His section that was damaged died so fast. In the blink of an eye. Bear had a long 4 hour surgery in which two parts of his intestine were sewn together. Then he went to spend that first night under supervision at the emergency clinic. Then he went back to spend the entire day at the vet for observation and drugs, and then I got to take him home even though he wasn't eating. He made it this far and is now just starting to get an appetite. Once seven days have passed we will be a bit more relaxed. But we wonder if he is a changed dog. Of course he is still uncomfortable and on 4 different drugs so is not himself, but he seems very intent to be close to me.

The vet said if I had waited on more day he would have died of septic. In the blink of an eye. I've had labs eat weird stuff, and other dogs eat weird stuff and never had this happen so was not that well versed on it. I always saw things pass out of the dog so was not that worried but after 24 hours plus, and with his demeanor, I knew something was blocked. He might have chronic issues for his entire life now. I never saw him eat the rocks. We will most likely muzzle him when we aren't with him outside.

Somewhere in that emergency, I was saying good bye to Marta, my little pirate chicken. She is one of my favorite little Bantie hens, fiercely independent and no fool to anyone. She had seemed to get weak on one side, suddenly, and she is old. She was living in a private suite with the two chicks I allowed her to hatch. I knew when I said good night on Monday she'd be gone the next day, and she was, the little chicks were sitting on her body. I was so glad I let her set on some eggs, it was something she felt she had to do and was programmed to do and she watched over the chicks fiercely, keeping them safe from rats until they feathered out. I will miss her though. I cried over her like a baby since I needed a good cry after the Bear scare.

One day she was fine, the next not so much. In the blink of an eye.

Then yesterday I went to meet a local couple who have fallen on hard times and need to move. They have a 34 year old donkey and an elder pig and I will be bringing them home to Apifera. The donkey is the sweetest thing, I'm so glad I can help the animals, as well as the couple. They love the animals but can not take them to the city they have to move and they two have health issues and limitations. But they are sad. it is a challenging transition for them to leave the little farm they've lived on for so long. We talked about all the work they had done over the years and all the ways they had struggled to keep the place going. But they couldn't. In the blink of an eye...things can change. I look forward to getting the old donkey on Saturday, but I feel for them and I just hope it helps them some how to know he will be loved and cared for. Their other options were not palatable so somehow I am once again able to help both old animals and older people. I'll share more when they get here.

The time and love we have put into our farm and home is no different than what this couple put into theirs. We might have done it in different ways, but we work hard and love our home...and one day very soon we too will be older and things aren't always in our control. One day you look back and you say...in the blink of an eye...here we are. 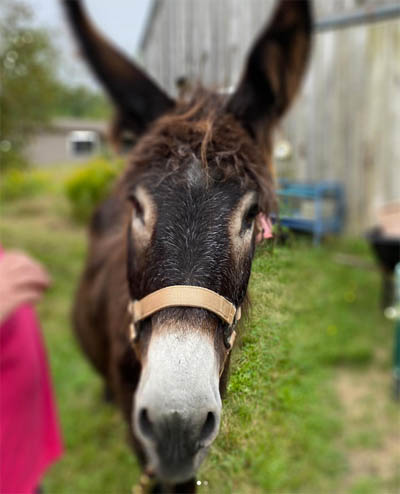 Posted by Katherine Dunn/Apifera Farm at 8:45 AM