One year ago she entered the barnyard 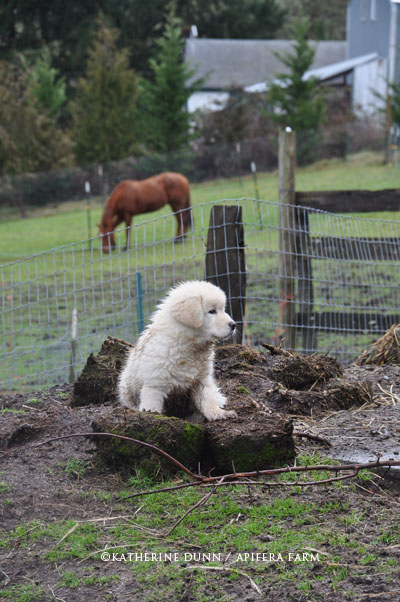 I am once again amazed that...it has been a year. A year since Marcella landed in the barnyard. No other animal I've ever lived with has been so challenging to understand-only because these dogs are not bred with a pet mentality. I have learned, and relearned things about Maremmas as I work with Marcella. I won't say she is smarter than me, but she definitely is clear on where she lives and her instincts are keen.

When she arrived, it was the first time in my life I ever left a dog outside to live. All my dogs, even our labs, are house bound. The labs do not mingle in the barnyard, by our choice. So I have a very different relationship with Marcella than Huck or Mud. That first night was chilly and I put her in pen, within a closed stall. Some goats were with her, but she had a contained area to herself. The breeder told me that when one of these dogs wants to get out, they'll figure out a way. By the second night, she had dug under the fence and was happily sleeping with the goats. It was me that tried to 'keep her safer' in an area, but she didn't need saving.

Marcella the pup who of all the animals in the barnyard to buddy up with, from day one, was a pig named Earnest. To this day, I don't think I've more tender photos of two creatures. They still are buddies, but it is more like two 13 year olds, one can over doe it or vice versa, and words are exchanged. Earnest is still very tolerant of Marcella who occasionally lets her pup spirit out, by grabbing his tail, or pulling his leg. Earnest could put a tooth in her if he needed to, and it has happened on occasion, but they have learned their boundaries. Sometimes at feedings, she and Earnest will both find a fleck of grain and a mini squabble starts. You just do your best to separate all the creatures well at feeding. These dogs are very protective of their food, or anything they deem as their food. I learned it the hard way with a bad bite, and the breeder had warned me and helped me through some incidences and how to show my alphaness.

I continue to learn. Perhaps the biggest lesson is letting go of some control with these dogs. I have not been able to fully do that, especially with Benedetto. I think if it were just Marcella, it might be different, as she does not stay from her barnyard long if she does get out-but when Benedetto is along, she runs a bit farther, but always comes back. We haven't had any escapes of late, but as warm weather approaches, and Marcella turns a year now, she will need to begin more in flock training. Sometimes I feel I've botched it, but I see her instincts and I think its just a matter of separating her some from Benne and making her be with the working flock 24/7 for awhile. If not, she will be a guard of the barnyard, the latter result is not the end of the world. We have not had a raccoon or hawk since.

Thank you, Marcella, you are a wonder. I will continue to work with you and do my best-I know you are doing yours, even if it is not with the flock-yet. 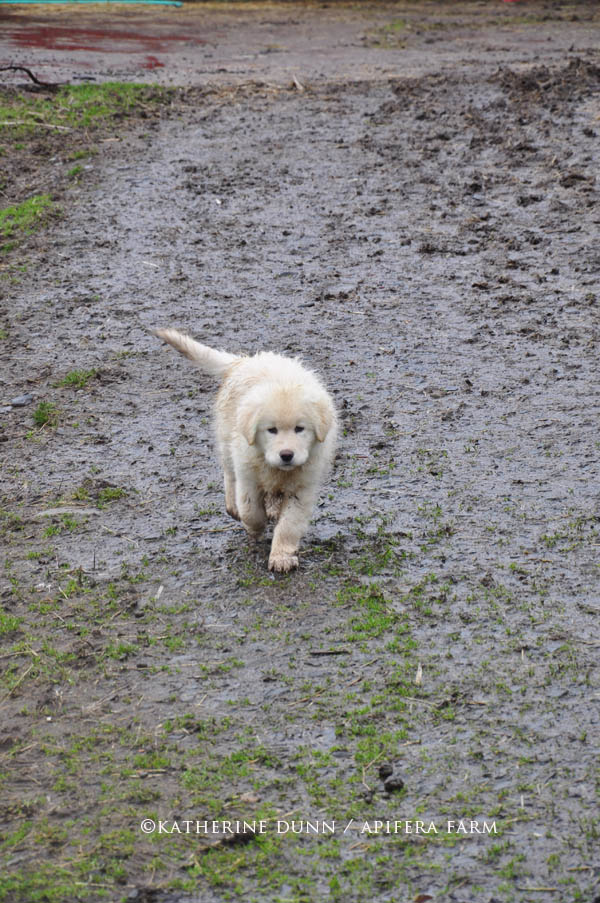 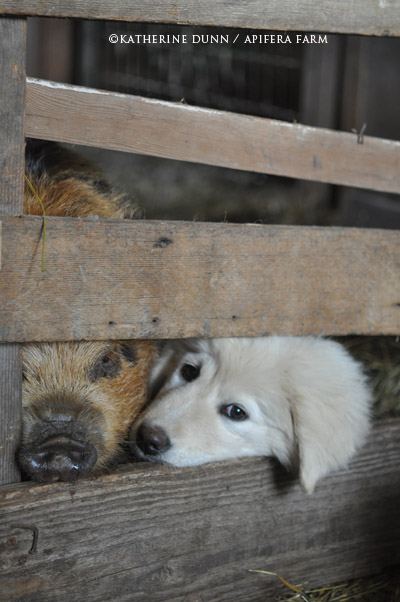 Email ThisBlogThis!Share to TwitterShare to FacebookShare to Pinterest
Labels: Marcella, The Head Mistress

Wow a year?? Anniversary wishes to you all!

She is a treasure for sure and she and Earnest together, well, sigh. Glad she is working so well. I would have a hard time keeping my distance and would want to love her up. Glad you can, she is surely an asset. xox

Miss Whiteness, I like that. I do love her up, but am also pragmatic and don't over pat or smooch. I suppose I was treated like this by my mother, a stoic North Dakotan. But I knew she was in charge and I thought she was the cats pajamas. I like to think that is what Marcella thinks of me!