I've always been attracted to cemeteries. I got up extra early to beat the horrible heat to go ride, but I saw my trailer had a flat. So I took Boone out to the pioneer cemetery 3 miles from here. It's a short ride we often take and I always visit this particular grave, I've been attracted to it since I first saw it years ago.

When I went to Paris in the early '80's and met up with my father, the first thing I did was spend two full days in Père Lachaise. There I walked on stories buried underneath the ground - lives, loves, mysteries, murders, forgotten writers and would be artists whose lives were cut short - it was all there, like an underground city of dirt and worms with coffin rooms holding one person's life story, never to be told from their vantage point.

In our cemetery shown here where I ride, there are many graves there form the 1800's, maybe even one from late 1700's. But there are also many modern day people buried there, and now that I've lived here 10 years, I'm beginning to recognize names. But this one tombstone is one I really love for it's simplicity. It's a plain stone, naturally shaped it appears. A young man born in the late 1960's is buried there, he died in the 1980's. I always greet him. Sometimes I wonder if I'm standing over the grave of a kind soul who I would have liked in life, or perhaps it was someone who was very unkind.

Maybe that's the point. They are dead and gone - and no matter who they were in life, a whole new story about them can be formed by the living. Or maybe a better way to say it is one can now look at their life in an entirely new perspective, with less judgment. I am physically drawn to that grave, and always have been, so I can only assume there is good reason - maybe he loved horses, maybe he died on a horse, maybe, maybe, maybe.

The first time I rode Boone to this cemetery, I had a skin sensation when I rode in the shade at the edge of the forest. The cemetery is about 5 acres and sits nestled against a forest of Doug Fir, and the front looks out at cow fields. I remember I sensed lots of energy that day. I didn't feel that today, but I know it's there for another ride. 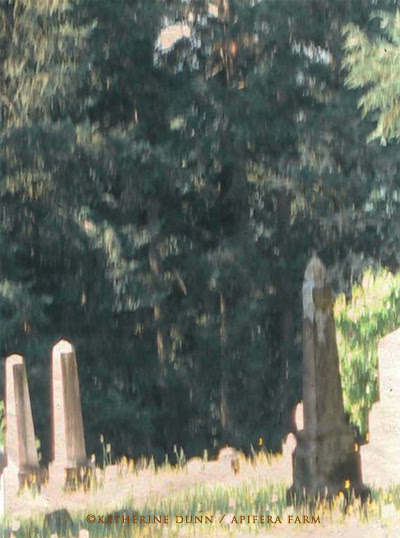 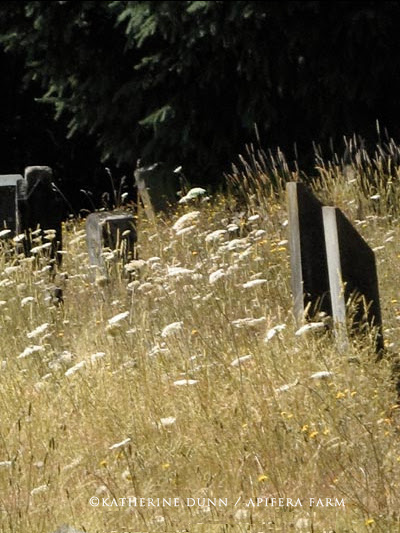 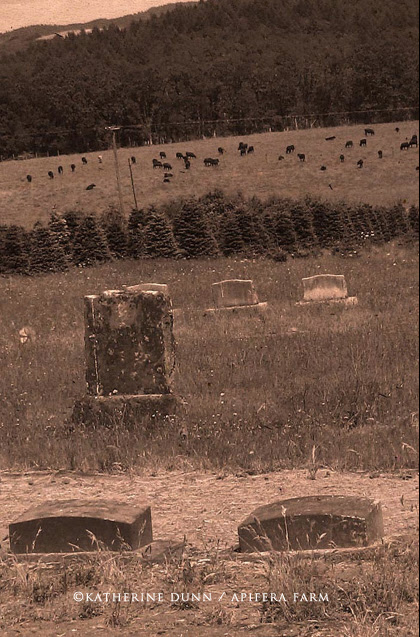 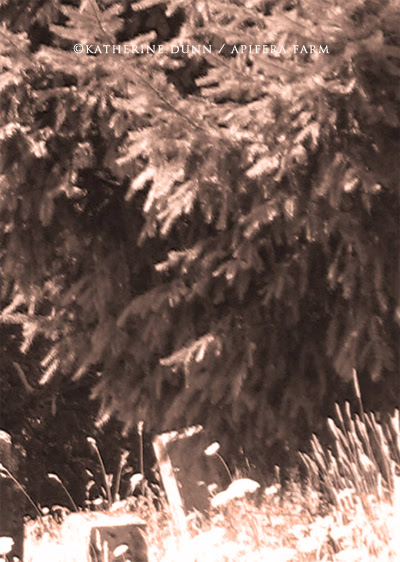 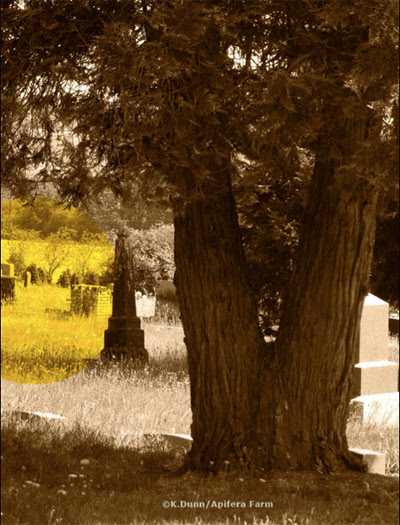 I'm sure the young man is grateful for your visitation...a beautiful ride to honor the lost and to commune with them a bit. So nice of you and Boone to care!

I love how your photos look like book covers.
And how appropriate that is because your writing captures your thoughts like a book from a library.

Yes, there are lots of stories down there...

Karen, I think he must be or I wouldn't be so attracted to his grave. Barbara- thank you! And yes, so many stories, buried some of them I guess.