The voice of White Dog returns 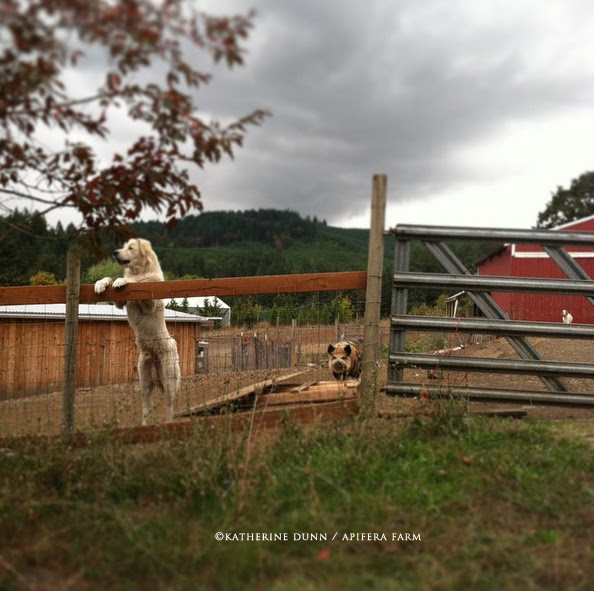 I am beginning my new book this week. I don't have a working title, but I know what the book will look and feel like-something I will share as I get further into it. The book will engage the Misfits, perhaps both past and present, and their voices, but I feel strongly that White Dog, aka Benedetto, will have a strong role and possible narration voice in the book.

I read on another person's blog recently, a published animal 'expert', make a remark that animals don't talk in words and it was insinuated that only people are asinine to think so. I think his opinion is partially inaccurate. No, they do not open their mouths and say,

"Get me some food, please."

But they communicate in gestures, eye position, ear and tail movement-and those actions are sent through my brain and become reactions, and sometimes, words. Not all the time, but if I am going to translate my experiences with these animals, I choose to use my language, which involves words, my language. I do not feel I 'dummy down' these words into a Disney movie [not that all Disney movies do this, but many do, as do many animal books and movies].

I have been working on this book in my head for many months and wanted to wait until the show was over. Last night, I had an upsetting dream. It was a recurring dream within a series of dreams. Benedetto was gone, and we didn't know where he was but we feared he was not coming back. At one point, a sheriff told us there were people stealing Maremmas and shipping them to dog compounds overseas, and we would never get him back.

This might have nothing to do with my new book, I don' know. I just know that White Dog comes like this, and seems to have strong messages. So today I'm pondering that as I prepare to begin writing.

Last night, we were out with Huck and Mud, the labs, and I caught these images. I was transfixed to the sky, the wind had just picked up and I felt a storm developing in what seemed like an instant-that happens here by the coast range. The White Dogs know their territory. Marcella is much more the guard than Benne, in fact she is the Alpha of everyone. They take note of the labs, and then Huck–who is the least brave creature I've ever known-ran up to the fence in play but immediately turned around and ran to me. The picture you don't see is Huck standing behind me afterwards for protection.

Earnest of course took it all in stride. Man, I love that pig. 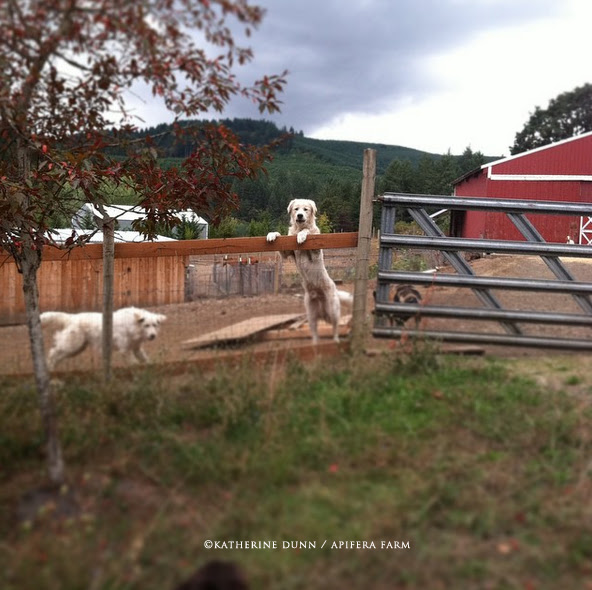 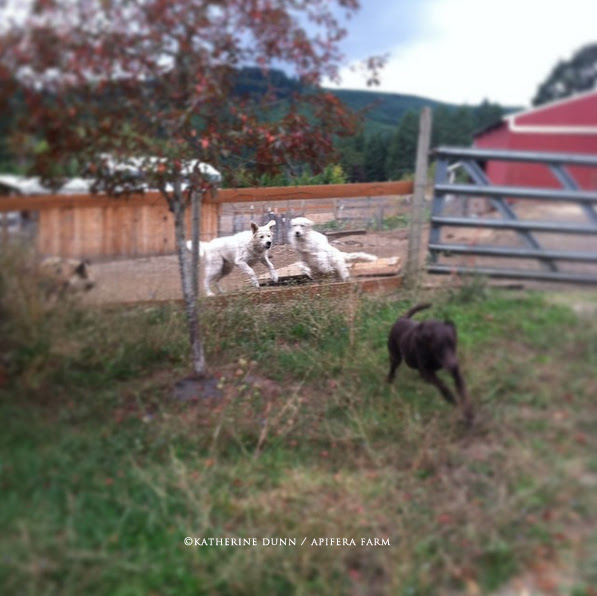 I would love to know when DO you find time to write? Do you have a set time when you settle in for some work? I love the image of Benedetto dictating to you a story via your dreams ... day dreams too, right? This feels sooo delicious! And your photographs of late have such a dreamlike quality to them ... are you using a Lensbaby? I've been inspired to pull mine out and play with it more.

When I get back from My Big Adventure (a.k.a. Bali!) I want to return to a story I was writing ... about a girl and her dragon, of course! Thank you for nudging me in so many creative ways! xo

Yes some "animal voices" like those in cartoons can be an insult. I feel when we give an animal a voice in stories, it's more what their thoughts are saying. Expressions and gestures say so much and because they can't actually speak words, this is how we can interpret what they may need to 'say'.
Those kind of nightmares are the worst. I had a few dreams of Griff being stolen and it was my biggest fear to know how he might be abused after being so loved and trusting.

Kerry- I think you said it better than I did!Lis-No, I have no structure anymore, I used to be more regimented, now, I just try to do it. Once I start writitng I'm pretty much in it for chunks of time. I do ten t like writing in the morning, and with painting I seem to not be able to start until after noonish.

On photos- if it is a close up photo it is often my Nikon and a macro lens. Many are using the iphone with the instragram apps-amazing isn't it? I have a lends I have my on for my Nikon-I'll share it with you when I think of it. Can't afford it right now.