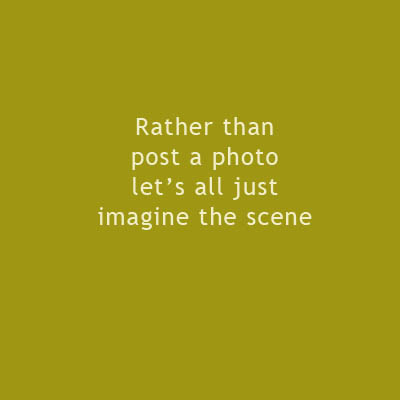 All the animals were gathered by the front privacy fence. Hannah, the smallest of the goats, was on her knees, her head positioned under the gate so she could see the driveway.

“Why would anyone want to poop in an ugly box?” asked Ollie the goat.

I entered the discussion, “I assume the porta potty arrived?”

“Mrs. Dunn, might I be able to see the inside of it?” asked Earnest the pig.

With that, the pig wandered over to the big box. You could have heard a pin drop amongst the animals as they watched from the fence.

Minutes passed, and the pig slowly backed out of the big box. Before he spoke, everyone had gathered tightly around him, as if he was going to tell a really good ghost story.

“There is a seat with a large hole in it,” Earnest said.

They all looked bewildered.

“That is where the people sit down,” I explained. “It’s like a chair, with a hole in it.”

“But how does the poop get out of their pants?” asked Pickles.

“They drop their pants,” I said.

“Good grief,” said Poetry, one of the elder goats, “Is it too much to squat over some nice grass?”

“Our elder guests that come visit need a safe place to sit and...”

“How big is the inside of the box, Earnest?” asked Puddles, one of the youngster goats.

“Well I’m not good with mathematical dimensions, but I’d say I could get about ten of me in there,” said the pig.

As I started back to the house, I noticed Pickles and Puddles deep in thought.

Oh no, I thought, I know that look.

Sometime that evening as I did dishes, I noticed what I thought was a very large firefly out the window. It was moving about near the porta potty. I cracked the window and heard a little voice say, in a whisper,

As I arrived at the porta potty, I could hear muffled giggles.

As I opened the door, a flashlight shone in my face, and I felt like I’d stepped into an old Hayley Mills movie. There before me were a bunch of little goats stacked into the porta potty, and Pickles was front and center, Puddles at her side.

I thought everyone had made it out and back to the barn, but Puddles was missing. I found him still in the porta potty, dropping rocks into the big hole.

“Does the poop kerplunk too, Mrs. Dunn?” he asked.