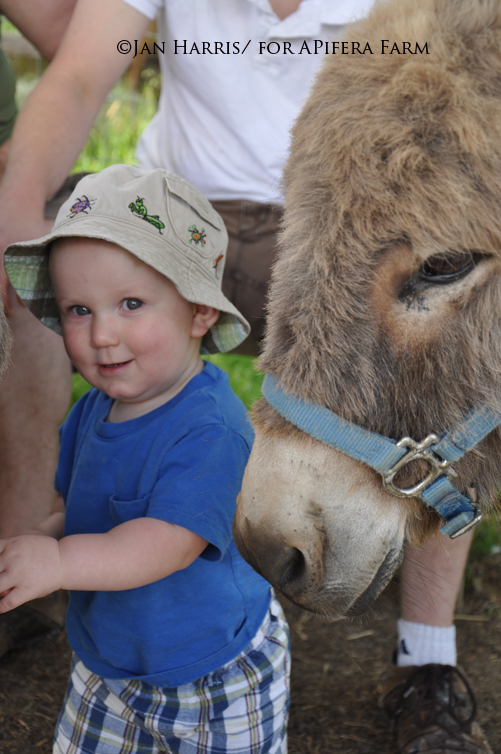 Lessons from a one year old and a path of pebbles...

I always liken Pie Day to that of the opening of a theatrical event. Months before the real deal, guests are given sneak peaks of what might lie ahead for them as they are enticed by photos of previous Pie Days. Excitement builds and builds for the guest and the hosts – cresting like a wave that washes down on all the day of the event.

This year the excitement of the actual Pie Day was heightened because we waited for the arrival of a special guest – Henry – who turned one recently and was making his physical Apifera debut. I say physical because he actually was at Apifera a year earlier when his mother, Ophelia, was carrying him around in her belly. She and her sister, Lisa, are volunteer Goat Haulers – at least when asked. They were responsible for bringing Aunt Bea and Wilbur and then Honey Boy down to Apifera from New Moon Goat Farm Rescue 3 hours north near Seattle. Their goat hauling stamina inspired a friendship to blossom and when Henry was born and baby pictures began emerging on Facebook, a long distance admiration society developed for Henry.

It’s never predictable which creatures will come along into one’s life and become a muse or allow electrical currents to flow directly to the heart, bypassing all other veins, arteries and brain currents. But I guess Henry is such a creature.

Each of Henry’s pictures shows a confidant, non pushy, sharing, joyful nature. He never seemed grumpy. When it was announced he would venture to Apifera for Pie Day, a swoon went over the shepherdess.

I imagined the disappointment, or possible embarrassment for his mother if he arrived here and was grumpy from the ride or strange environs. But the same little face that I first met in photos appeared before me. He had the wonder of any child, and an open expression with no sense of judgment – he was just happy to be here. He was looking, feeling, examining and enjoying. He discovered the hair of a donkey was worth smiling for too, and as if life couldn’t be any happier, he discovered that the small pebbles in the garden path were well worth sitting with, feeling, holding, and scooping up and dropping over and over again. Each small shape must have seemed unique to him because he intently sifted through them with his tiny stubby fingers, often sharing his bounty with interested adults, myself included. I will never look at the pebbles again without feeling him.

Henry and his parents and Aunt gave me one of the most memorable Pino Pie Day moments to date. As Henry sat contently on Apifera grass complete with a few goat pellets to ponder, his mother handed Henry a small envelope.

“Do you want to give your gift to Katherine, Henry?” she asked.

He handed me the envelope with his chubby little hand, and a classic Henry smile.

Inside was a wad of green bills and a note, the words of which ignited my eyes with tears.

"When people asked what Henry wanted/needed for his first birthday, we realized he didn't need anything. So we asked our friends and family to bring donations for Apifera Farm. I believe there is a reason you and Henry are so connected. I can't wait for the universe to show us why."

Henry and I might not be changing the world in huge ways, but together for that one moment I felt so clearly I was here, at this farm on that day in that spot with that child. It was a clear message from the universal wisdoms that my work was resonating with others. But perhaps as important, that one year old's life and his family's had also resonated with me.

I’m going to write Henry a letter soon, when I’m rested. I’m going to ask him to hang on to the letter for as long as he can, and when he has days he is questioning the magic of the world, I will ask him to open his heart up like he did on his first visit to Apifera - where he could sit in a garden path, uninhibited, sifting through small pebbles, his expression sharing with us that he could see each one of those pebbles as unique little earth creatures. And I'll mention that I too will hold onto that moment in my heart and memory - for those days when I too might question where the magic has gone. I will remember his smile and enthusiastic, chubby hands full of Apifera pebbles. 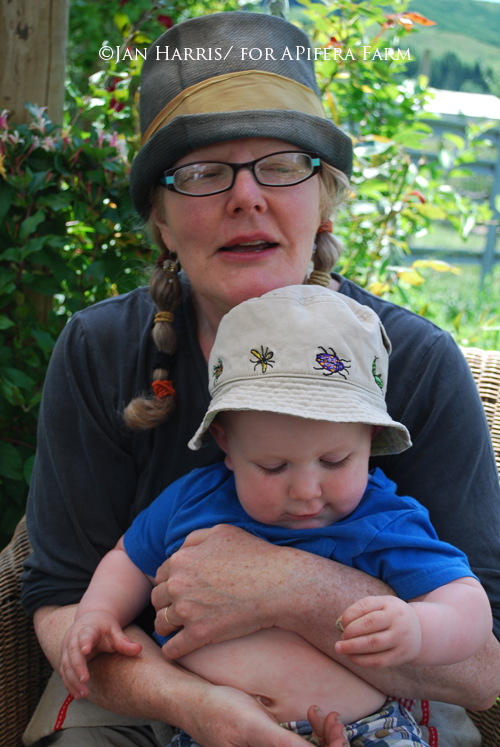 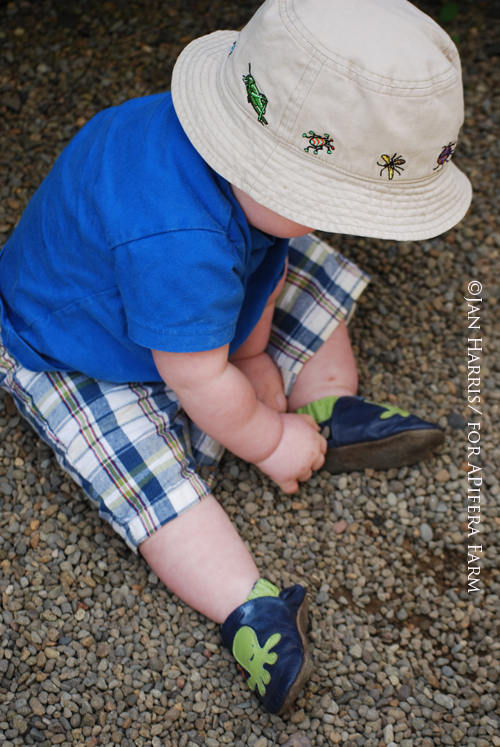 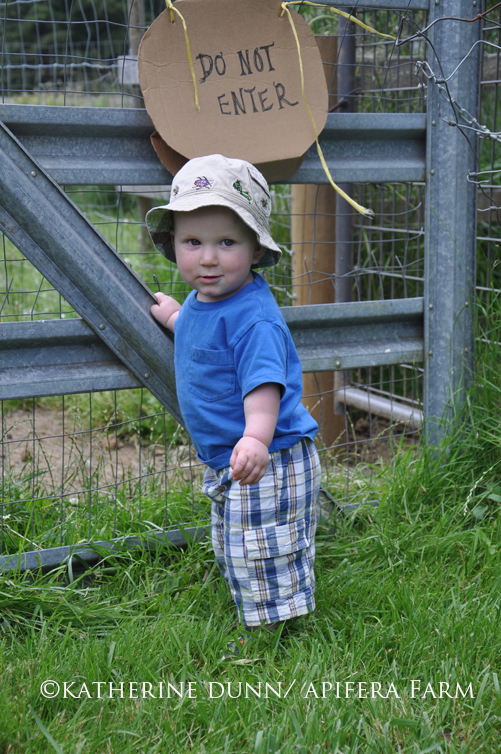 That's a beautiful letter to Henry right there. I loved meeting him, and Jan's pictures - especially the one of you both - are gorgeous.

little boys, like little donkeys, have a way of worming their way into your heart...henry sounds like
he has found a special spot in yours!

Happiness in my heart, reading your words. I am blessed to know Henry, know you, know Apifera and blessed to witness the magic wonder of it all.
xxoo,

A lucky boy to have a link to such a magical place.