Poetic waxings after Pie Day...love is in the air 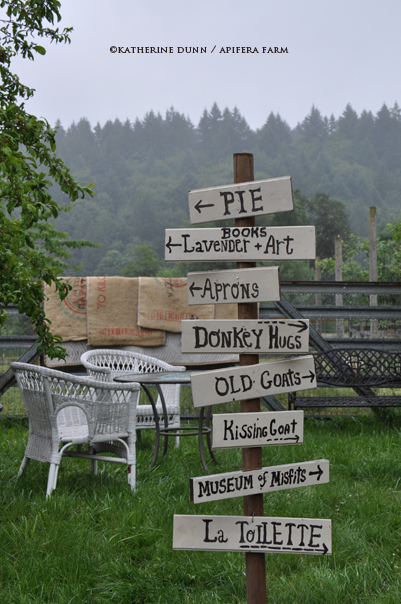 To each and every volunteer and followers who helped with this year's Pino Pie Day, we all love you and thank you in our best Misfit and raggedy way!

I have loved each Pino Pie Day, all seven of them. But this year was a special one for me personally. It's not right to say "it was my favorite"–but it was perhaps the most rewarding on certain levels.


The day started out in a mist, and by 10 am, an hour before the gates opened, it poured, then back to drizzle. I was slightly disheartened, but I had a feeling it would clear later by noonish. Oregonians don't let rain stop them, but it did mean the animals were damp, tables were wet, etc.

This year many of the guests that came had been following my work with animals for a long time, and watched the Misfits evolve, watched me evolve along with my art and writings. They were all ages, but many were younger which was also rewarding–all of them were very appreciative of Apifera and what I had been doing on a consistent basis. This was so rewarding for me-that many people came because they knew of my work-both art, writing and animal care. Rather than just seeing an ad about free pie and something to do on a Sunday, most people actually journeyed to Apifera-from all over- to see the place in the light of day and many came hoping to meet me. I had many people thanking me for my work-in all realms- it was so nice. Thank you!

I felt like I was in exactly the right place, on a path carved for me.

This year, I had no designated photographer–the wonderful person that was taking photos for me moved away, and I just didn't have the time to seek out the right person to work at the event. I took a few pictures, but just didn't want to carry a camera around. I am more and more loathe to the instant gratification system-of photos documenting every move we make. I do not use my iphone for much except the occasional trip. In fact, I hate it and I'm getting really tired of people grabbing for phones in the middle of anything, rather than just enjoying or observing the moment. I didn't see this happening at Pie Day, but I bring it up because it is one reason I chose not to take photos this year. I wanted to be there for the guests, and the animals. Carrying a camera puts me in an entirely different realm.

While I missed sharing some beautiful faces and moments, I do not regret it.

The other rewarding aspect of the day was I met an occupational therapist who really 'gets' Apifera, and seems very excited to somehow work with me, bringing people and my Misfits together. I have been struggling to find contacts, the right contacts, and am hoping this might lead to something. I also had a group of seniors arrive [in a HUGE bus which was all very exciting- all the little kids wanted to get on it!] who were really fun to have-that was just great, just what I want this day to be about.

And I met a woman who is a consultant and I am excited to talk to her about some book opportunities. It was sort of a serendipity kind of thing-if I hadn't been walking by at that very moment, not sure I would have had the chat I did with her. So we'll see what happens.

Let's now talk about pie. I can honestly say, it was my best pie year. With the exception of the blueberry that was still a tad runny, they were simply perfect. I had so many people come up to me and rave on the pie, or I heard them saying it as I walked by them. I am also very full of pie, and have to get back to walking and riding again to get the pie out of me!

And then the Misfits. There are moments in any Pino Pie Day when I do get a little lump in my throat. Part of it comes from the beauty of seeing the animals rise to the occasion, but without fan fare. Seeing people and how they gravitate to certain animals- they all have favorites. I was really happy that Stevie got so much love, and he did great. He has been doing really well since I wrote last. We even had someone from the Board of Sanctuary One come, who happens to be a veterinarian, and that was wonderful. But also, Scooby Keith had a great day of getting so much attention, as did his mates Old Rudy and Professor Otis Littleberry. I left the other goat Misfits in the barnyard, because I thought it could be too chaotic.

Marcella and Ernest were also big hits- they were in the barnyard. Ernest and I put on one really good show, and the small crowd of people watching were so excited and happy. When I call out Ernest's name, he comes a running even if he is in the barn napping. It was just so fun to see and hear the people clapping and oohing and awing over this little pig running!

I'll end today with a story of a little boy that one of our volunteers shared with me. The boy had spent a lot of time in the donkey area, but now it was time to go home, so his mother told him to say his goodbyes. So he went to each donkey one by one, and without fanfare, quietly put his cheek next to theirs, and said goodbye. I too experienced this with another young lad, who was about 10. I was standing with him and his grandfather near Stevie. I asked Stevie if he had been giving lots of kisses, and the boy said, "Yea, and I got a lot of them." The grandfather said it was time to go, and the boy really didn't want to leave. He was polite, but showed a face of resignation, the face you show when the good party is over and you are waving goodbye to a new friend who you were just getting to know. 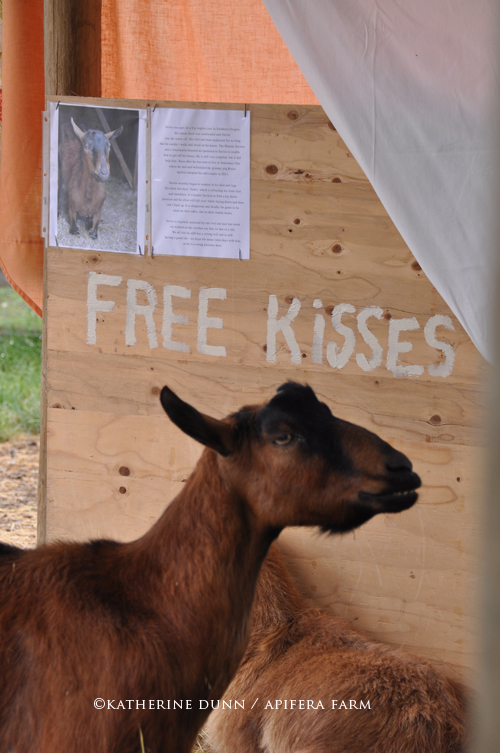 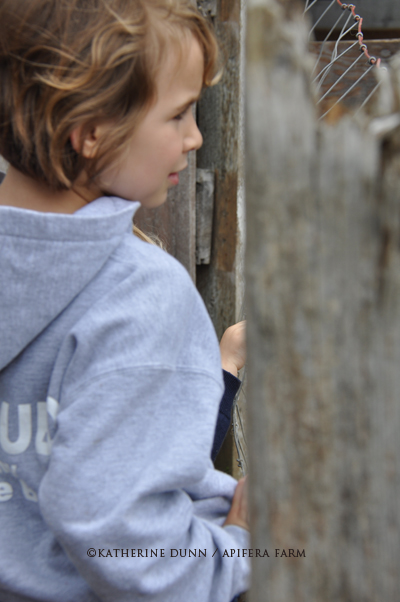 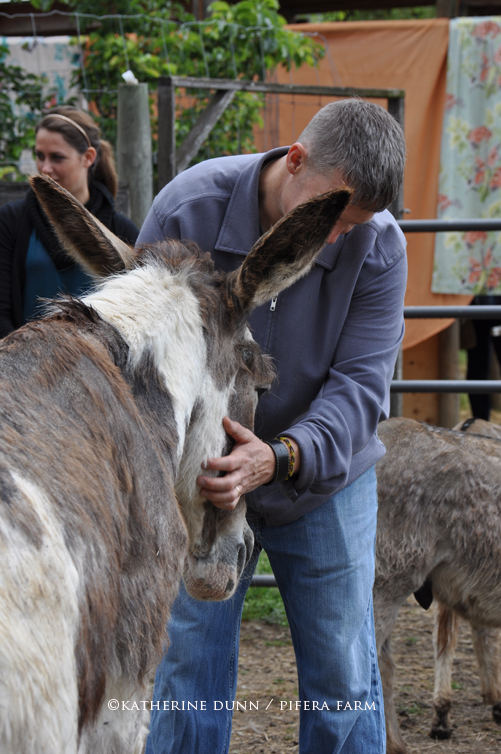 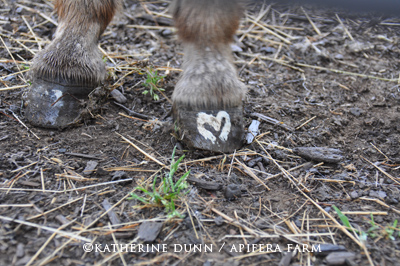 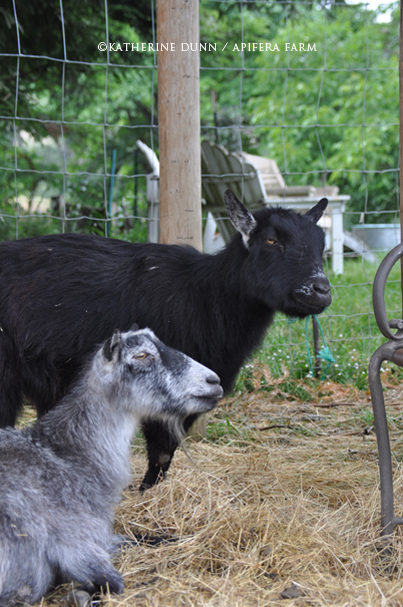 It's sounds like such a wonderful day for every single soul there! The greatest joy for all, and that's just perfect!

That sounds like an event full of wonder and joyful spirit lifting by the donkeys and goats and piggies and all. I think your farm could be a great venue for therapy with animals, like the occupational therapist mentioned. Bless your heart.

I'm so sorry I missed Pino Pie Day but one day I promise I will come (Oregon is on my must-see list of places) and I will happily help out in any way I can !! Sending loads of love to all xoxo Susan

http://dandelionanddaisy2.blogspot.com/2014/06/catch-up.html I have a few photos on my blog! We had a great time. For our family, it was a day of simple pleasures.

Sounds like your day created some wonderful memories and the misfits were truly loved....so important for them...xox

It looks like such a special and warm experience for all involved...regardless of species.

You are such an inspiration. I couldn't be there but loved reading about it.

Thanks everyone- it really was wonderful-I hope some of you can make it here in person to experience it....
I'm still recovering!

so glad that pino's pie day was a hit. once again.
someday i hope to make it in person, to visit, to get my kisses, and to hug all the residents of apifera farm!

I am finally home and "plugged" back in ... just now going through my photos from the day (also struggled with the sense of wanting to just BE fully with each and every Misfits but also capture some of the magic to have for future days) ... it WAS truly magical and I cannot even begin to process how utterly transformational the experience was for me. Something clicked into place in my heart ... all the yearnings and dreams I had as a child flooded back in but with a sense that I too can translate those ideas into reality. Your work, your world, the Misfits all tangible evidence of what is possible: the deepest whisperings of the heart taking root and thriving. Thank you all for the very rich soul medicine. Stevie's kisses (and goat burps - who knew their magic?!) were like the sweetest of angels wings blessing my cheeks. xo

What a beautiful sentiment, Lis- so happy you got here all the way from Omaha, with that beautiful child too. Your words above mean a lot- thank you. And thanks Marie/PencilFox! Hope you can come some day- it is a bit of a hike!