Heat Rising into the Sky 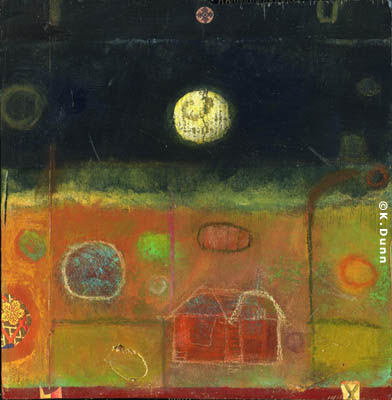 It is the third day of 100 degree heat. I am pretty much useless after 85, so at a certain point in the day, I just sort of...disappear. This morning I did barn chores early, and even then the heat coming from all directions onto my body, from both earth and sky, was intense. While we don't have the humidity , thankfully, like we did in my old prairie homeland of Minnesota, it is still hot. It reminds me of when I visited Arizona in August, and everyone kept telling me, "But it's a dry heat", and finally, after hearing that 100 times, I blurted out, "I don't care if it's a dry heat, it's 110 in the shade, it's [blank] hot!"

The barns takes on a whole new dimension in the heat. The hay side is intensely hot, and Martyn assures me as long as the bales were dry when we put them in the barn [which they were], that they won't explode. The cats move to get their morning feed, but you can find them lounging in the most glorious poses languishing in the hot air. The goats don't jump out of bed in the morning, and Sky was already hot to the touch. I hosed her down yesterday, and will again today. Last nite we took Huck to the river front and went swimming with him the first time. We all stood in the navel deep water, and our neighbors on the adjoining river front came down to greet us. We all stood around in the water and visited. Country time, man.

In the meantime, I am moving very slowly, getting ready to start two new canvases for Atlanta. So far, I've taken the roll of canvas out to cut it. That took all morning, as I opted to post 5 new pieces on the store site [under originals]. This barn painting demonstrates that which I have mentioned before - that when I paint a piece one day, it is often a subconscious realization of an upcoming event; For when I painted this a few weeks ago it was cool and I yearned somewhat for more warmth- Now when I look at it, I can see the heat rising into the darkening sky, just as it did last night.
Posted by Katherine Dunn/Apifera Farm at 1:49 PM

this painting is just gorgeous, katherine....

Hi Katherine. I've been checking out your various sites and I have to say that your paintings are completely inspiring to me. I think all of your art is wonderful and has so much heart and spirit. Thank you for putting such wonderful energy into the world!

Oh and your farm is fabulous. Someday I hope to be on one of my own...

Katherine,
I was in your area last week as we came out to decide for certain where we wanted to live.I drove through the beautiful valley between the two mountain ranges for every day but one we were there. I have photos of the valley which I will post in the coming days. Going back to oregon only solidified my love for it . I hope to someday once we get settled somewhere close to Portland come out to see your farm and the animals. Like you we have one cat and four dogs all rescues. I love the lavender. On Tues when we were driving thru Independence,Grand Ronde and the area we stopped at Lavender Lake Farms and took pics and had Lavender Lemonade a new taste for me but good. I would love to see your sheep some day as I love them. I especially like the sun painting. Stay cool.