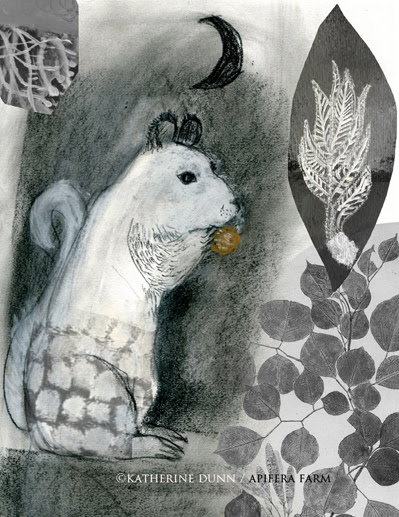 Squirrels have entered my head, and heart, and book...and life I guess.

I believe we travel along life in parallel planes-while one thing might be happening miles away to a creature or person, I am here having my experience only to realize some time later-maybe years-that their experience was connected to mine. This is an underlying theme of the new book I've just begun [10,000 words of a goal of 60,000 have been written-how much of that will end up in the final manuscript, who knows].

Last week I wrote about how rabbits have been entering my life, coming to me in odd ways-in my head, out in fields, in images I see online or in movies. Let's all keep in mind that that is what happened way back when, donkeys kept appearing in my world, and we all know what happened with that. Mainly, I've been seeing a lot of rabbits. Just a few days ago, a new neighbor contacted me wondering if I had lost a white rabbit. No, but I knew it belonged to someone down the road. I saw that same white rabbit again today, too far from it's real home, just about 1500 feet up from Apifera. I'd like to believe the bunny is coming to me, being a spiritual white animal, but it might be more that the house it keeps hopping too is raising rabbits.

But this first part of the book which is written in Benedetto's voice also has a squirrel. I love squirrels, we don't have enough here like we did in Minnesota. We don't have the big grey ones so much, more the little Douglas Red Squirrels, which I love too.

So I'm writing away yesterday, completely enthralled in the story and my writing, and I'm expanding on the relationship between White Dog and this Squirrel. I made a note in my head to do more research on these rodents, but continued wondering if it was right to have this Squirrel enter the story. I kept writing, knowing in time it would become clear to me.

Later that day, I took a break to visit the front gardens, which are standing stalks of dead stem and brittle rose petals on entire bushes of brown leaves after the summer draught. The fennel, God bless it, still has much mustard yellow seeds combined with the browner spent plumes. I went over to visit the graves of the Old One Eyed Pug I, BW, Samuelle, Ward the Rooster, Pumpkin Head, Louie and Gracie, and some of my mother's ashes too. It was such a perfect day weather wise-warm in the sun, crisp in the shade-perfect for a sweater and pleasing for a fair haired ex-Minnesotan. The graves sit under some Locusts and Lilacs, and there within sight lay a little red squirrel. He was laid out very neatly, his long red tail in a straight line.

He was freshly dead, I could tell by the feel of his body, and because his eyes still had some moisture. In fact, I touched him gently before picking him up. But he was gone. Such a sweet little fellow with and beautiful red autumnal markings. I could find no punctures, no blood, and his neck seemed unbroken.

I carried him inside to pay homage to him in photos.

Within about two minutes, as I moved his body a little to position him, fresh blood appeared, quite a bit of it, and I carried him to the sink to wash it off, as I was curious to see where the wound had been. There was a pin sized prick hole in his side. Too small for a cat, and cats usually leave two marks. Sometimes cats break the neck first, but his neck seemed unbroken.

I returned him to Earth, burying him in the garden, under the walnut tree.

As I returned to the house, I thought it ironic I had just been writing about a walnut tree and the squirrel in the new book.

I suppose you could say, coincidence.

Or you might argue that I create it and due to an overly stimulated and optimistic imagination, everything I create seems to come to life. But maybe it manifests in my art because I've already lived it in the subconcious world, through a creature who is now a muse in a story, and he is living parallel to me. Maybe that dead squirrel is poking me, keep the squirrel in the book, or stick with the rabbits.

I hope I haven't made your head hurt pondering that. 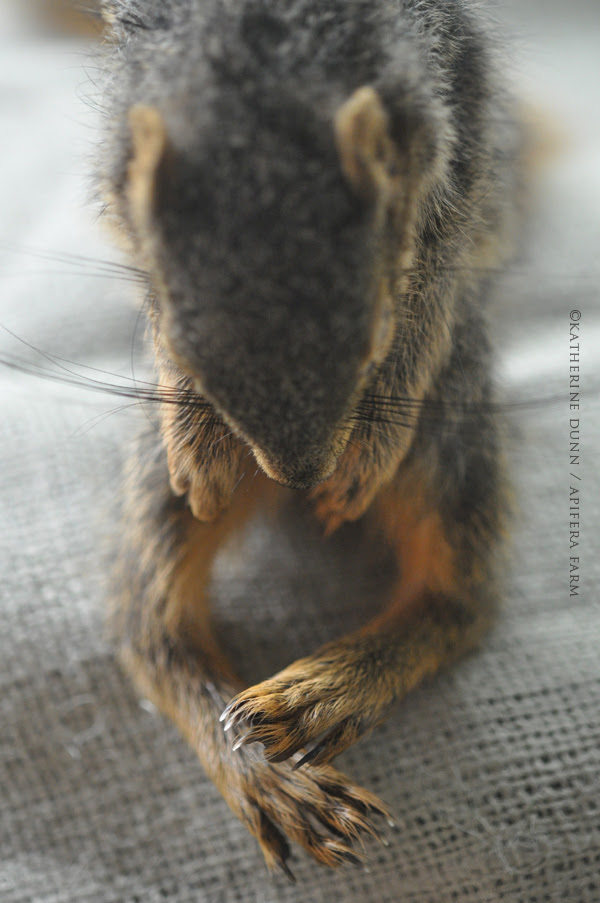 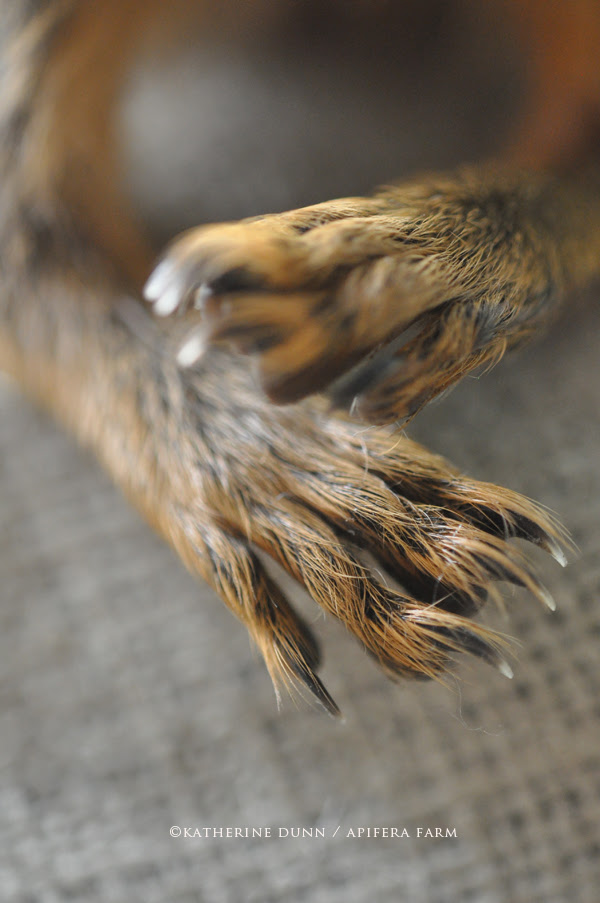 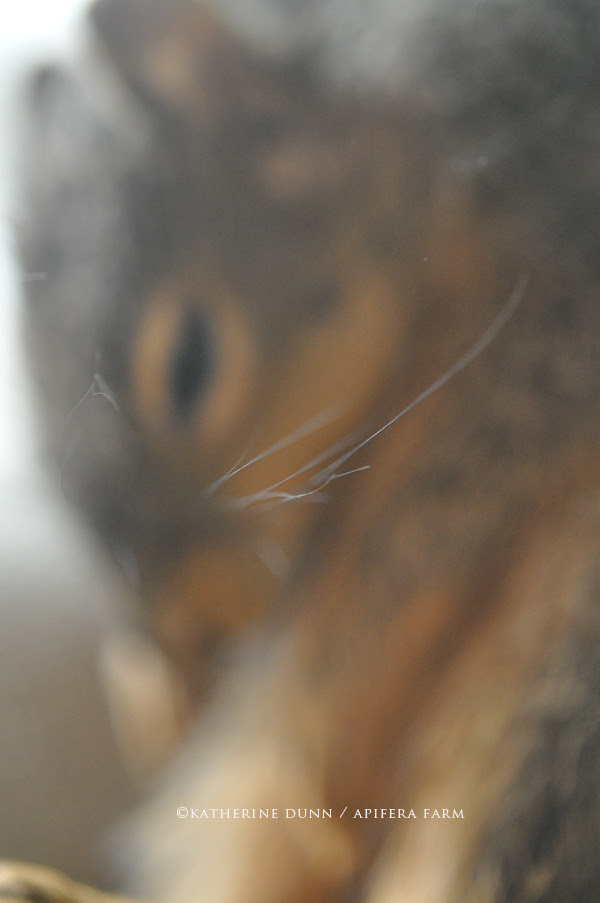 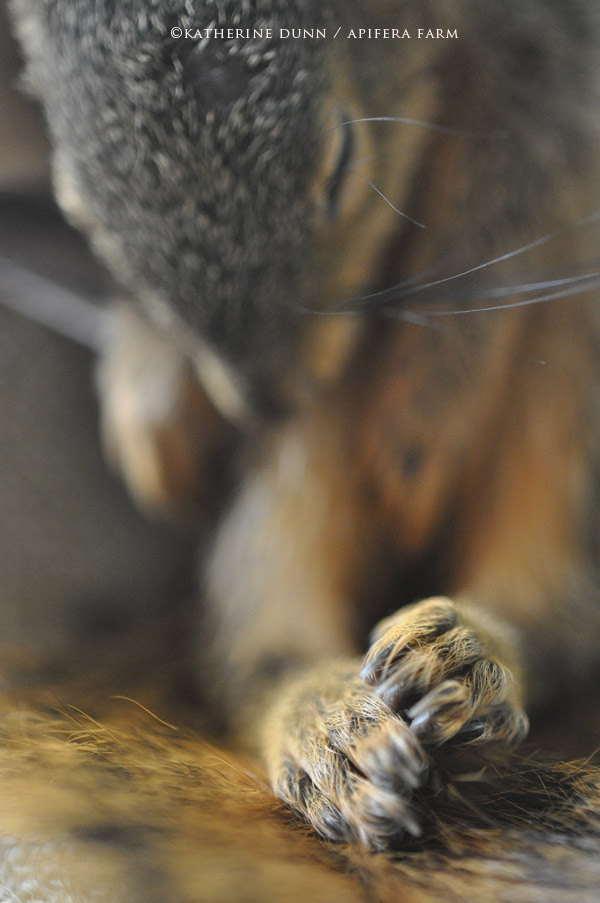 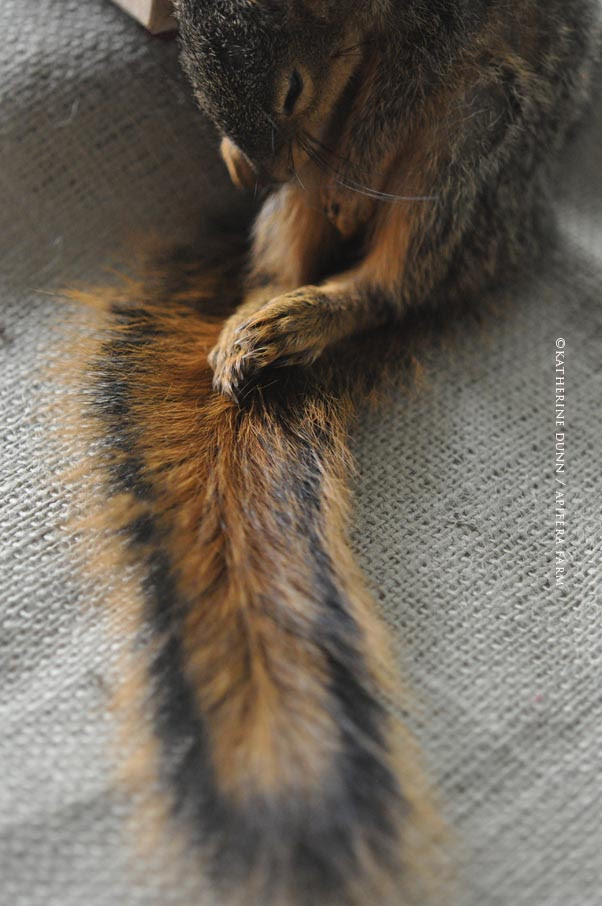 Reading your words is such a joy. I will buy that future book.