Talking to my Pumpkin 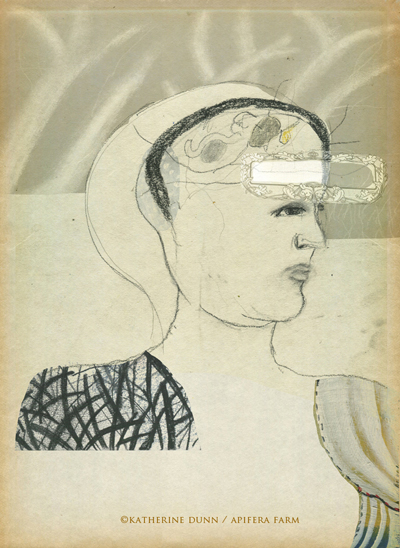 I talk to my head now, or my brain, I guess.

"Pumpkin" is healing just fine. Thanks for the notes and such and if I didn't respond yet, I will in due time. All is well. Each day I am feeling more 'put together' and my head is actually feeling pretty normal now-no headaches. I was surprised though that leg spasms became rampant and really caused a lot of pain and upset about day 6-nothing like a regular 'charlie horse' - more like someone ripping your muscles out of your leg. But those two are subsiding.

A head injury is a scary thing. I suppose hearts and heads are really symbolic to our health and functioning, and it is heavy stuff to see your brain up on the screen with blood. But I'm confidant it will be fine, or they would not have let me out. And my daily progress is also showing it will be okay. I have another scan scheduled in a couple of weeks.

It was life changing though. I had some depression there too, which is normal. Some days of wanting to cry, but it hurt to cry. All this was normal. I took it each day, and I have such a loving mate and friend -thank God for my best friend. Most of you don't know, but Martyn almost died in a car accident in his twenties. He was a front seat passenger and he and the driver were airlifted out after a drunk driver hit them. He only remembers a tunnel like image, with someone pulling for him or reaching for him. He was in coma for three days and broke multiple bones in both legs, leaving him with a shorter leg; he had multiple operations, and his memory of the actual incident never returned.

So as each day and night wore on, Martyn really understood what I was going through. Being able to hear his story was helpful to me. I hope someday to be helpful to another in this position. I was grateful it wasn't worse, but I was also angry, and sad. Each day when I felt angry, I repeated these words in my head:

I drew this yesterday. I wondered if maybe I would see everything differently and would I end up not painting the same. Would my passions change? Would I just disappear?

There's a space in my head that is blank. It is bothersome. The impact of the fall and what happened-perhaps this is nature's way of keeping me safe in the present-not reviewing the actual moment of impact over and over like we all did in the 9/11 tower explosions. What good would it do to know the actual moment and how it happened?

I want to know for me and Boone, that's why. Did I go off balance and pull the rein suddenly? Did he sense something in the wood and he raised his head suddenly, and stop on a dime and I went forward hard into his neck? Did I do something I could have done better to help him, if he did in fact fall? Did I put my horse, and me, in harm's way because of something I did or didn't do.

Perhaps the answer is even starker. Perhaps he slipped on a rock-which are embedded in the soil around here leaving flattish areas of ledge rock coming out of grass which could create a slip-and there was nothing either of us could have done. That is what is called an accident, leaving the participants to meddle in trying to create a better outcome, which is impossible.

{I always wear my helmet. If I had not had my helmet on, who knows?}

Posted by Katherine Dunn/Apifera Farm at 8:55 AM

So Thankful your injuries were not worse. All life events, BIG and small, end up being another story written, another lesson learned. Thinking of you and praying for your complete recovery!!! xo

Thank you, dear friend. The cardinals have been flying near by!

What a scary event out of the blue. I am praying for your complete recovery, and like the list of things you think about, to keep you calm and peaceful.