A friend dies of suicide, and I sit with the old donkey 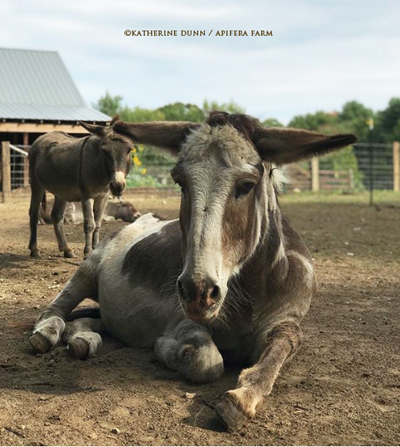 Note: This post was originally written and shared publicly last week after I learned a friend died from suicide. In the past days since his death, his family and friends have begun the process of grieving, sharing and also, teaching, just as Jason would have in this time. I deleted the original post, because I used the term 'committed suicide' and I learned through posts by family, that this is an inappropriate use of words. Criminals 'commit' crimes, suicide is not a crime. So I wanted to edit that. As I said in the post, I have never felt suicide was 'selfish', rather I think it is a courageous act that happens in a hopeless moment. I am still shocked, and so many people are too. I don't have any answers, and am sure I never will. That is the aftermath. But I know he is at peace.

I lost someone I know to suicide this week, someone I never met but had known for about 8 years through blogging and Facebook, and over time, had intimate conversations with. I cared about him and his opinions, and learned from him, and laughed with him too. He stood up for me in a very public way after an extreme group of vegans slandered me and my farm online, really in a vicious way-he turned it into a teaching moment. He was funny, he was vibrant and he could also be biting. He was not perfect, he was damaged like any of us humans are. A friend once said to me, “We are all damaged, some of us just more than others." I only found out about his death the day before I took this photo. When I looked out at the old donkey, Matilda, lying in the paddock near the grave of the elder sheep Assumpta, who died a few weeks ago, I was drawn to go over, even though it was supper time and I was about to return to the house.

I said ‘Hi, Matilda,” and then I sat down on the ground with her. She did not move, she did not even reposition her front leg for comfort. I told her a friend of mine was dead. I closed my eyes and thought of my friend, in light, in calm, out of mental pain. His suicide was shocking to so many. I thought of the place a person has to be in at the moment they do that final act, alone, and how much pain, either emotional or physical or both, they have to be in. Some people like to say that suicide is selfish. I don’t feel that way. I think suicide is a courageous act but it is done within a place of helplessness. For a person like my friend, who was a psychologist who worked with many hurt people, to have reached a place, a moment, where he went over, he must have felt so helpless like it was the only way. He had love in his life, a partner, a career, a family, a dog he adored, he loved to cook and share everything he was thinking and caring about. He was a gay man in a world that isn’t so kind to LGBT people, and he was outspoken and an advocate for them in society. He was outspoken about injustice and racism.

So, I sat with Matilda. It was a beautiful day and night. Autumnal breezes and no bugs, a sunset coming behind us. One by one, the other donkeys left their hay dinner in the barn and returned to our private Donkey-Woman sit down, but they stayed about ten feet from us, as if they recognized-wait, they did recognize-that Matilda was letting me express important things. My friend loved animals and I envisioned him looking down on us, smiling.

There is a gut wrenching aftermath to suicide. I understand why many people use terms like “selfish’ to explain it. The pain and thoughts that the surviving loved ones are left to deal with, forever, well, it can’t be denied. But it is not about them, or me, or us. It is not to be judged. Nor is this a time to analyze a person’s faults or missteps. It is a time to hold that person in the light.

I am truly sorry for your loss. Heart!