Nothing is static not even for 103 year olds 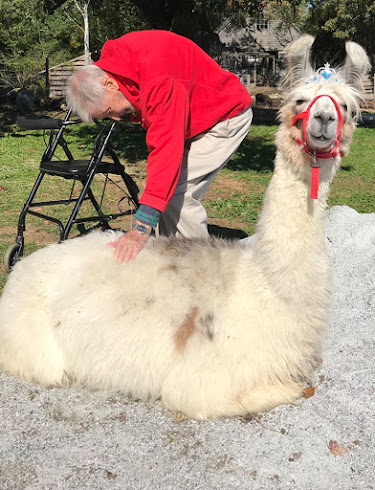 I was thinking about the flow of life, how it never stops, even in death. Nothing in Nature or life is static. When we say, "I wish my mother were still here, or I  wish my dog had not died...etc." it defies one universal truth–nothing is static and if we were granted all these wishes, it would mean the space that is about to be empty would not be filled by something that is coming. Even in my darkest days, I have always approached the new week with the inquisitive mind of an optimist,

What will come to me this week I wonder?

If life were static, and summer never ended, imagine that. The flowers never evolved past blooms, snow never fell and we'd never see spring blooms. There'd be no dusk, or dawn or night because everything would be static.

So, lots of loss here this year. And this week we learned that our 103 year old friend, David, has died. His daughter was kind enough to let me know. Of course one knows that a 103 year old might be in his final months, but still it is a loss. More than any wish, I wished we would be having that parade, outside, for David and family, with Harry the llama wearing the bells David gifted us. That was really my biggest wish of the year. But we are not there yet. I was comforted to know his daughters were able to be with him at some point since he was in hospice his final days.

There are creatures and people that make more of an impact on me-just like in your life. I had first met David when he came to our farm, at age 100, and he was like a child touching his first cloud-he touched every inch of every animal so deliberately, taking in each fiber of their body and being. It was a beautiful communing to watch. He came again the next year, and in time he ended up moving into another care facility where Harry and I could visit through the windows due to Covid.

It's not like he and I shared deep conversations, in fact he said little. He talked more with his eyes and smile. As I said on another post, if you are old and think you can't have an impact on another's life because of your advanced age, you are wrong.

As I look at all the faces we have lost this year on the farm, do I wish they had not died? Some of course were soul animals-Muddy, Birdie, Hughie, Mister Mosely, Noritsue-and I would love to have them still with me. But the space is always filled, not replaced, but filled by the flow....what will come next? Who will touch me next? What person will keep my heart open next? What cat or dog or pug will fall into my arms next? Nobody will replace David, he was one of a kind like we all are...but his energy is not static and it will generate other energy to move towards us when it is ready.

Nothing is static. Imagine if the river sat motionless.

Maybe Birdie has found him. 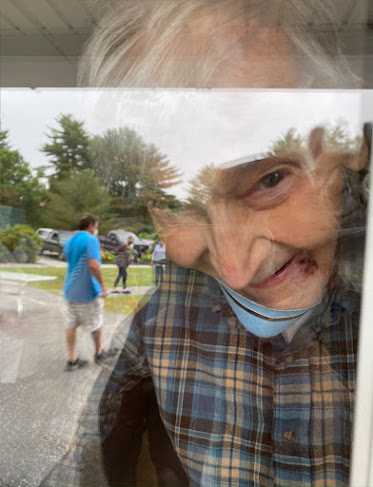 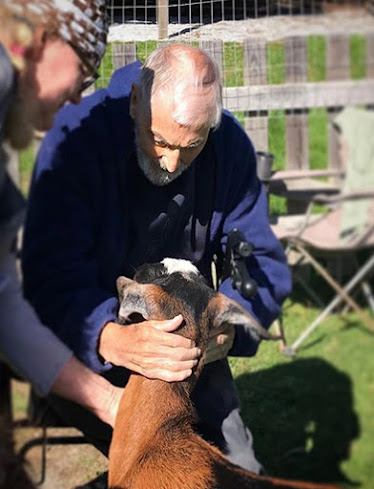 Posted by Katherine Dunn/Apifera Farm at 9:50 AM

I can't even begin to express just how much your wise and loving words touched my heart in ways too profound to put into words. Suffice to say, I have been blessed with your presence in my life and I thank whatever gods and goddesses who are responsible for making our paths cross.