The name finally came to us 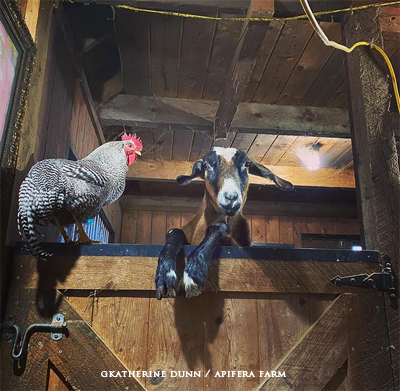 If you follow along on my other social platforms, IG and FB, you know about the beautiful roo I took on for someone. This was a risk, and I knew it. My little Seabright roo that came from the shelter last year, lives with the working girls, The Secret Sisters, in the main chicken coop. I thought another roo could be with the front semi-retired-lay-an-egg-twice-a-year elder hens...that would be Henneth the blind hen, Victoria, Marta, Mary and Mo. The Goose lives there too and I was a bit worried about that. But after one day of the two working it out, all is well. He is a gentleman and hopefully he will remain so. I do not handle him even though he was held in his former home. I've learned that works out fine until the two year old body kicks in and they can turn. He's lovely and I really love looking at him.

He came with a name, but I couldn't keep it. There was nothing wrong with his name but for many reasons it had to be changed. No offense if anyone is reading this who knew him in his former life.

So he is now R. Rhoades. The first family that homesteaded here in our 1760 house were Rhoades and many generations lived here after that. The ducks are referred to as The Rhoades Boys - all the boys in this house in the Civil War were in various battles. Four out of five died, one in Gettysburg. I've been to their graves. The mother went on to outlive them all and died at 101!

So I call him Roo alot. I had a Papa Roo out west, my first roo and he was a papa since he serviced all the ladies. He was a wonderful Bantie roo that gave me no trouble and lived a very long life, dying naturally.

But I like R. Rhoades. We'll stick to that.

Email ThisBlogThis!Share to TwitterShare to FacebookShare to Pinterest
Labels: Ollie the goat, R.Rhoades

He is so lovely. I wonder if that breed tolerates being held more than others as I have a favorite barred rock roo that tolerates everyone holding him at the children's farm I volunteer at. They are very dramatic looking and the kids just LOVE him. Ours is named "Larry."

Hi loved Barred Rocks. Had on ehere early on who went really bad, and I had cuddled him. he ripped my lip, and I tried for over a month to do all my rooster techniques to show dominance...but the day he went after me from 20 feet, for my leg vein, that was it. So...many have experiences with roos. I've had some wonderful ones that never turned but I didn't overhold them, just my preference. I love holding my hens