Of mice and old men 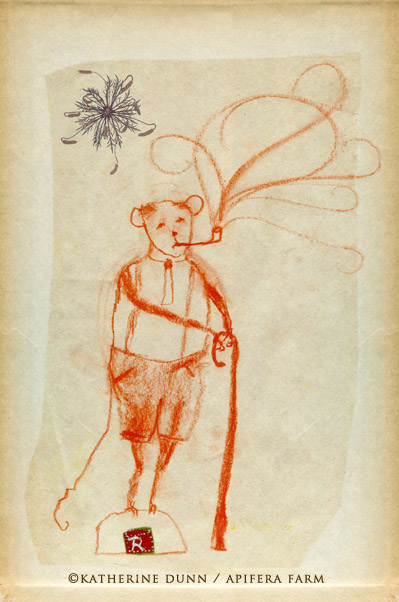 This is another image from the upcoming book, "Misfits of Love" - which you can now pre order at a variety of gift levels to help support this indie author/artist/self publisher.

Working amongst the many animals in the barnyard, "The Misfits" as I call them, provided me a quiet, safe place to process the hospice and death of my father. I could not be with him, but I could somehow help him, through my hands on work with the animals. I helped him by understanding him more, loving him as he was, and eventually I gave him the final gift on his last day, I verbally told him it was okay to go. I did it in my bedroom, alone, and I knew he was most likely not going to make it through the night. He was far away in Minnesota, I was on my farm. But that night his energy was just coming and going to me. My father liked life, and good cheese and food, laughing over good wine and dinners with family. He had a curmudeonly side too, a stubborn side, a rather snippy side when he drank one too many Scotches. But he was a good father, flawed, but he was always around for me. He sacrificed a lot for us, but had all he ever needed or wanted. If he wanted it, he went out and got it. He didn't live lavishly, but he lived well, slightly over his budget. He didn't leave anyone in debt and provided for my mother all through her final widowed years. He was generous in many, many ways to many people. He liked to flirt a little too.

So I began to see certain recurring themes in my drawings or art. Mice became messengers or creatures that I
felt compelled to include in stories or art. Eventually, I began to see the mice as my father. When a mouse entered my images, I knew I needed to listen, for it was my father with a message, or it was a mouse who seemed to understand my father very well and just wanted to share something with me about him.

I realized at some point that the mice weren't going to bring him back. No matter how many times I drew them, they could not replace him - entirely. But they played an important role in getting me through my grieving.

Please visit the Misfits page to see the movie and consider pre ordering the book. 120 pages of narrative with over 60 full color art and photos. 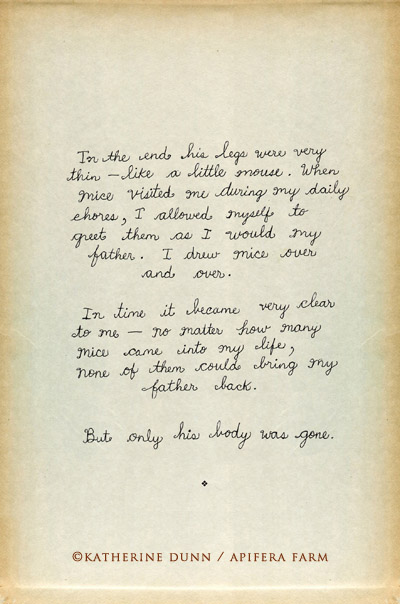