Life is a smorgasboard I guess 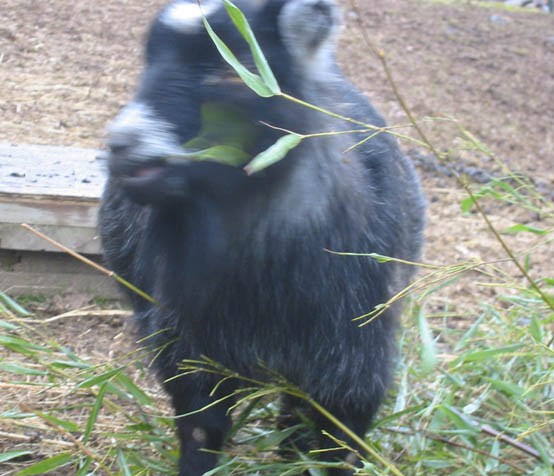 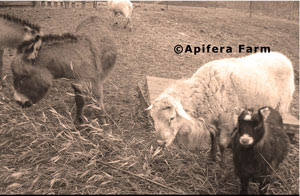 The animals had what is comparable to home made waffles for me - they got fresh bamboo clippings today.I could not capture the excitement of the stampede to the bamboo smorgasboard this morning, but made an effort, all the while Joe Pye Weed kept pushing his body into the fence to block my pictures. Martyn brings home choice prunings by the truckload from certain landscape maintenance jobs he does in Portland. Much of the prunings he creates in people's yards are perfectly good eating, so he brings it home for the animals rather than drive it to the recycling center. With the pastures bare of anything on the line of lush grass or new leaf shoots, the animals get especially giddy over bamboo. The grounds are so bleak - I hope we get some warm air to get the grass growing. We've had nice sunny days, but 40 degree kind of temps and cooler nights, so grass is dormant. Hay prices are through the roof, and there is a shortage in the state, all of the west coast actually, so I just paid a bucket load of money to ensure we'd have a couple tons to get through lambing season and keep Sky healthy.

It's been 2 days of minor animal issues. Like the fact that Mr. T is limping badly, and after finding no rocks in his feet, no long toenails, no bumps on his muscles, I can only surmise he had a kick from someone during eating time. Mr. Plum, one of the barn cats, came to dinner last night with a huge patch of hair gone of his back and a scraping to go with it - a large spot, I at first thought it might be mange, but it isn't, thankfully. Rather, it might have been a raccoon or neighboring Tom...Oddly, the same thing appeared 2 weeks ago on Mr. Tomentosa, and his hair is growing back. Big Tony is getting another chronic ear infection and Lewisia Pinkie, one of the pregnant ewes, is acting oddly. A mother just knows - she is eating, but is standing back from the herd a lot, and makes a sort of sucking sound at times. I hesitated to breed her again after she abandoned a twin last year, but wanted to try her again now that she is slightly older. I worry she might be going through some early labor stuff...Lambing for the herd begins in early March...and as usual, I have begun re-reading my lambing books and freaking myself out on all the horrible things that can, but usually don't, happen in the birth process. 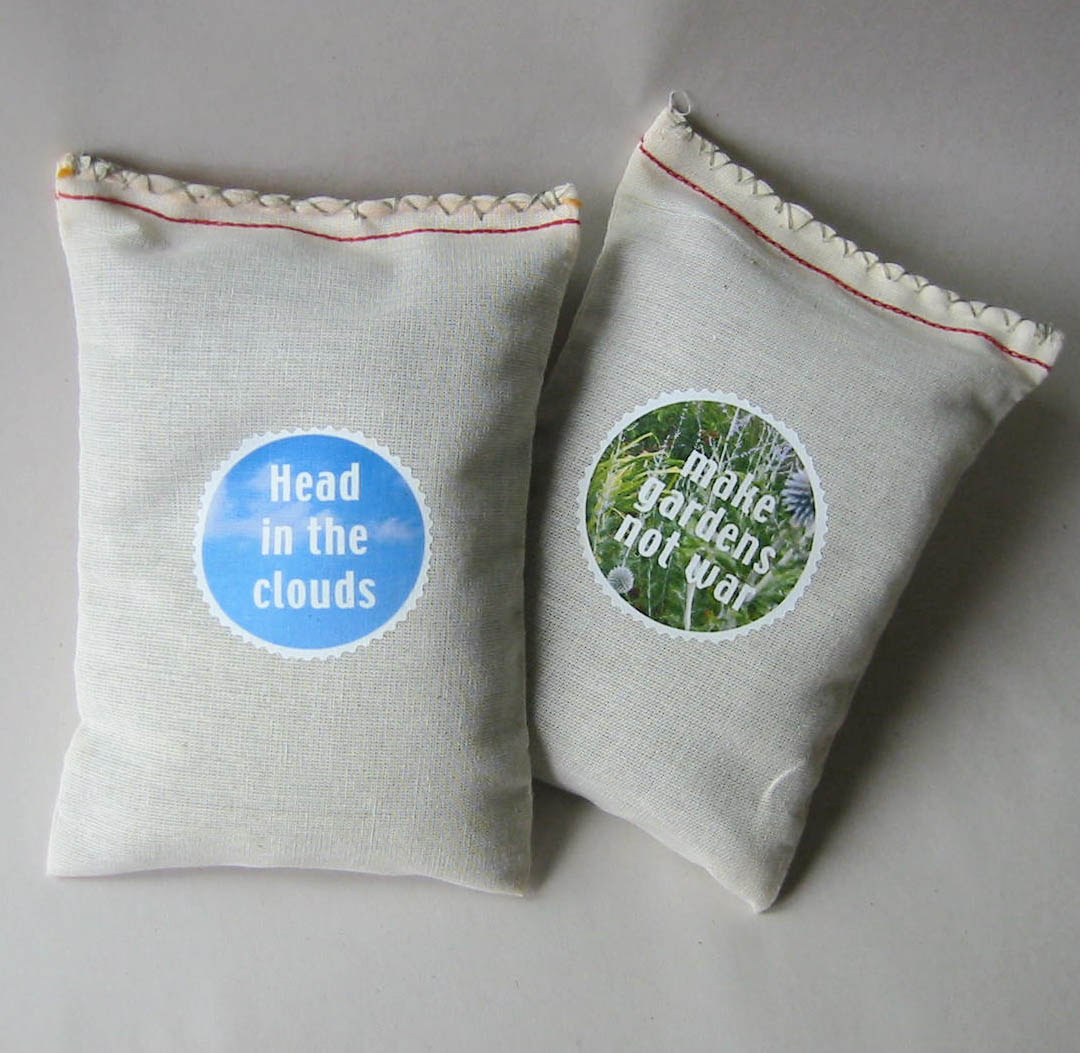 I have had a nice week - full of painting for 2 upcoming Spring shows. I finished a 54" canvas that I am so in love with. I am dying to post it, but want to savor it for myself before I push it out into the real world. And I've been making sachets like thesewhich bring me satisfaction. I'm learning which items seem to sell well or make sense to people. We've learned a lot in two years and I'll build on that his season.

Life is making sense to me. This often wasn't always the case in my 30's. I will be 49 in a month, perhaps this is the tradeoff of gaining a few pounds and adding some wrinkles. I wouldn't go back one year. Each day just makes more sense, has more growth for our farm, leaves me and the world with one more item of art. I still have momentary fits of angst about money - it's a struggle - I kick a few buckets and then get on with it. It's always worked in the past. Today when I woke up, the first thing I saw was the old growth Doug Fir out my window, with some birds in it's bough, singing.
Posted by Katherine Dunn/Apifera Farm at 2:57 PM

Hello! i love reading about your farmlife! Even with all the little ,and big ,problems it seems so great. The animals are darling! Your art is fun and refreshing! Thank you for sharing it all!

On my worst days, I turn to your blog for a bit of peace in the world. And my car is about to sport one of your SHEEP CONTEMPLATING PEACE bumper stickers. Anyway, I love your comment about being at peace with the world when as you turn 49. I'll be 50 in June and I'm feeling much the same way. This is who I am and this is what you get, world, like it or not! Keep up your wonderful blog and good luck with the lambs.