The accident changed me...what will Boone and I be now? 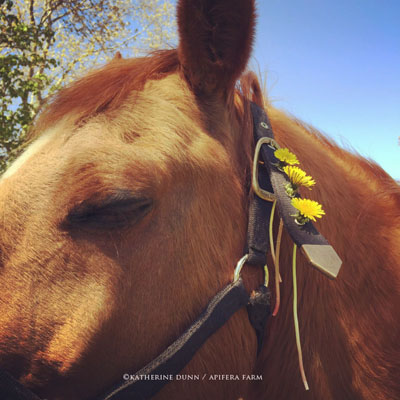 This week I worked with Boone a couple times on the ground. The second time I saddled him up and did fifteen minutes of ground work and was really planning to take a little ride. But I held back. The video below was us just sitting in the driveway, in the wind. I love being on him in the wind.

I came to a hard truth...I am still affected by the trauma of my accident with him. I am not afraid to ride. I did get on and we rode in circles in the driveway. But I just kept hearing a voice telling me not to go out on the rode to get to our side trail. We walked back tot he barn and I told Boone I would figure this out. But it saddened me, and it made me really miss my old friend Joanne who I rode with out west. It was she who helped me get my confidence back with Boone. I miss her, and I miss that feeling of being able to feel like I could ride all over with Boone, alone if I wanted. The day of my accident, when Boone and I entered the wooded trail, a butterfly flew right by me, and I said out loud, "Joanne?" Isn't that odd, i thought, that I just said that without thinking. Thirty minutes later I was blacked out after the fall.

If someone came and trailed with me, I would be fine. But I do not want to go through that again, nor do I want Boone, or Martyn, to go through it. I guess the risk of it out weighs the pleasure of it, and that makes me sad. It is like a nagging weight on my shoulders. I tried to find some people to ride with last year but most don't have trailers, or trails. I might keep looking. I had an indoor stable I rode at once, but she wants $25 a ride and I can't afford that. Plus I really want to trail. Both Boone and I get bored in the arena.

I'm also going to look into making an obstacle course or something for me and Boone. I have to find a way to be with him more.

At the same time...I began to think there is nothing wrong with just...being with him. As long as I remain a good leader, maybe that is what we will be now. I don't know.

But I do know that that accident changed me both physically and emotionally.

Posted by Katherine Dunn/Apifera Farm at 8:26 AM