Harry has a valentine party complete with Harry hats 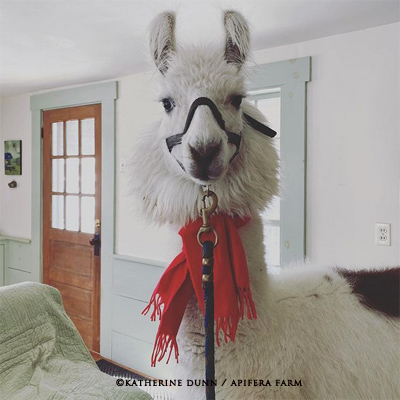 It was Facetime Friday and Harry was the guest of honor. I had delivered Harry's valentines and gifts to the elders this week, so I knew Harry had to be the mystery guest today. Harry gave them valentines, a poster of himself, chocolates and Harry Loves You stickers. I knew my contact Abbey was going to do something fun–she always does–and sure enough, they all had Harry Hats on! Oh it made my day, I just love those guys, always up for some fun.

Harry wore a red cashmere ascot. It was one of many I brought home after my mother died, they had tons of beautiful fabrics and scarves. I'm sure  she never imagined it would be adorning a llama.

Harry was a pro as usual but was more antsy today, I think because he was intrigued with the many animals loitering around outside, which he  could see through the window. And my internet was on and off–I've been having trouble with it, for streaming too, and I think it's my router so finally found a tech person I can contact. It is so frustrating, so we only did a 40 minute meeting today. But it still brought smiles.

It's been so cold. I spent last night by the fire, no intrusion of phone or social media.  I've gotten into the habit of leaving my phone off and in the kitchen the minute it is cocktail hour. It can become such a habit, can't it? 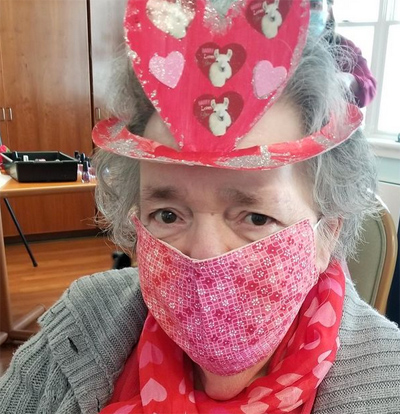 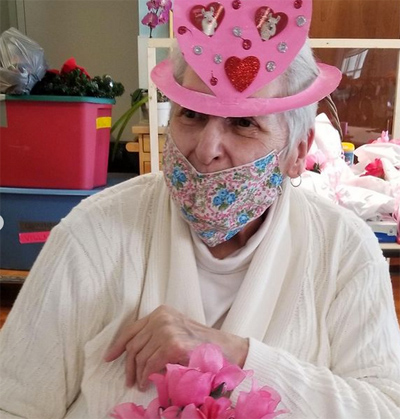 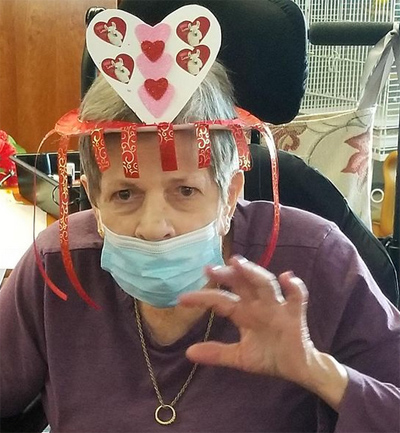 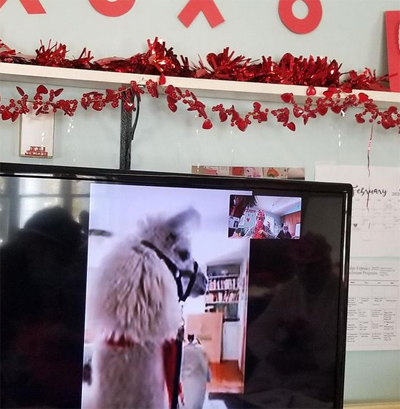 Posted by Katherine Dunn/Apifera Farm at 9:47 AM