The Official Report from Officer Mittens 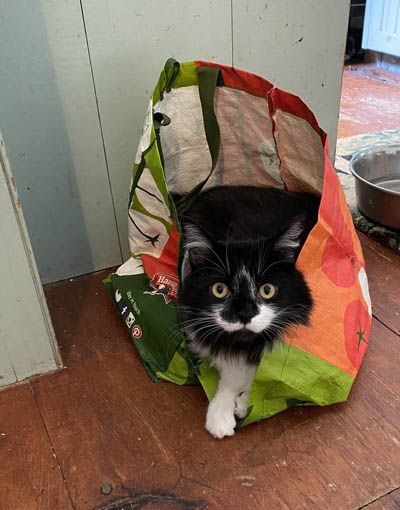 Officer Mittens has been busy. It is me who has failed to record all the warrants and citations, I just can't keep up with him. So here is a breif summerary of just the past few days.

Monday, June 26 Franklin Muffinpants was arrested in the refridgerator for accosting a cabbage. Charges were dropped and he was cited with a Silly Kitty Brain In Fridge Again warning.

Mrs. Dunn was given a warning for being overly grumpy. She talked back to Officer Mittens and he tried to cuff her but her ankles were to big for his cuffs.

Many speeding and reckless running citations were handed out to Buddy. Buddy does not understand fully what this meaans so Officer Mittens has requested funds to start a Safety While In The House Program.

Tuesday June 27 Buddy was also arrested and placed in solitary after he ate one of the remotes. Bear tried to take the blame but Omar and Oscar witnessed it and ratted on Buddy. Charges were dropped several hours later due to Buddy's Lack of Grown Brain, and big brown puppy dog eyes. Officer Mittens has now placed a protective order on all remotes.

Officer Mittens arrested another grocery bag for Failure to Have Doughnuts.

Wednesday June 28. Officer Mittens requests a larger uniform. He is now 14.4 pounds and his pants must be worn well below his waist which is against police officer academy policy. He also requests old fashioned doughnuts or glazed.

Posted by Katherine Dunn/Apifera Farm at 9:06 AM