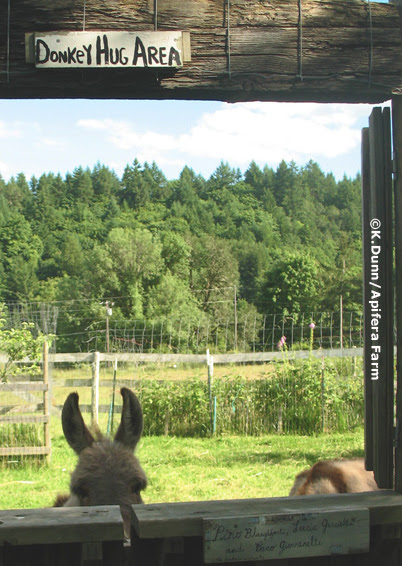 One of the most wonderful visits came at the very end of the day, when most people had already begun leaving. A car drove up and an elderly woman was helped out by another woman. The elderly woman was using a walker. It turns out she had recently been released from the hospital after a bad fall, and was still in physical therapy. Her name was Betty and her caregiver daughter, Maureen, ventured out to see the donkeys. Betty explained to me that her husband had taken her on a trip many years ago where she saw donkeys in the dessert, and they were so wonderful, she wanted to meet ours.

We sat under the shade of the donkey tent, and communed for some time. Since most people had left, It was a nice relaxed visit, and we talked a lot about getting older and how hard it can be. Betty had lost her husband only nine months earlier, and a tear came to her eye. I told her about losing my dad, and then I got teary eyed. But it was all exactly what I want donkey pie days to be like- therapeutic and sharing of feelings, experiences, as well as the healing energy of animals and farm. Through the visit, Pino stood near by, listening and just being Pino.

Betty was a real apron lover, and a very hard time deciding which aprons to take, so we had to give her some help there- but she loved that the money went to senior creatures.

Because it was so hot out, and Betty had just come out of the hospital, she wore the only outfit she had that was light and breezy - her last wedding dress. She also told me that the watch she was wearing was her husband's, and after he died she had it made smaller so she could wear it.

The gracious way her daughter took care of her was really inspiring. I know that visit meant a lot to them, but I hope they know how much it meant to me, and the other people that were lucky enough to be sitting with us during the visit. I gave them some lavender as a gift, and they were on their way. 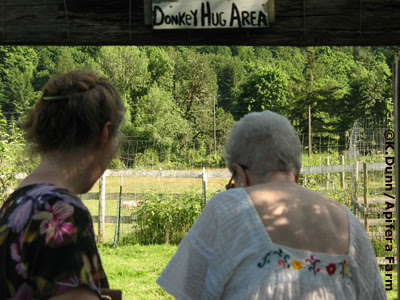 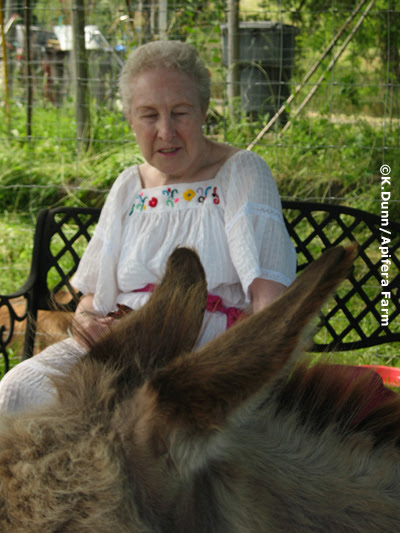 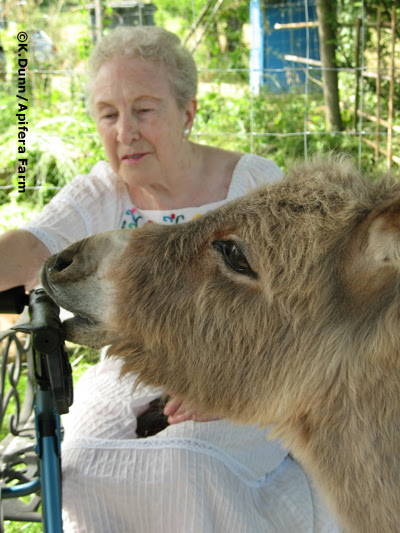 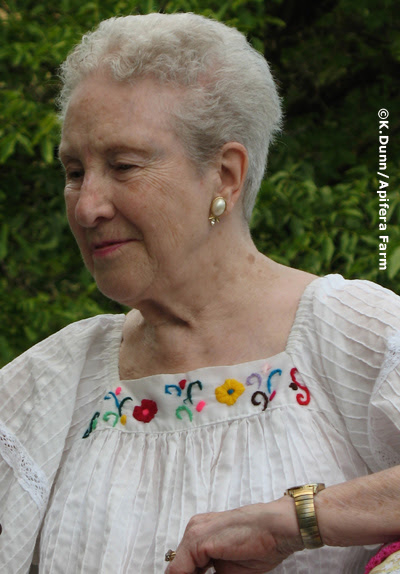 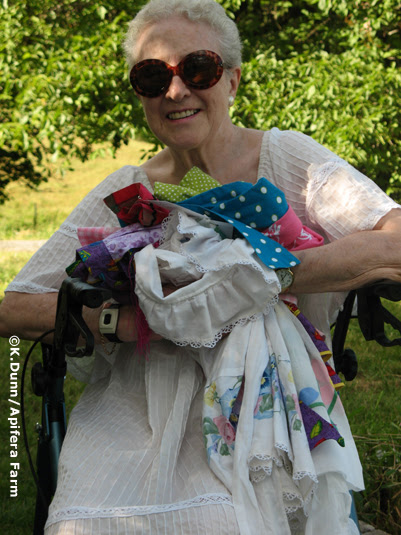 Yes indeed. Days like those are what life it all about. Experiencing events and sharing them with others. Connecting with people, with animals, with land. Creating a memory from sharing memories. I so wish I could have been there. Ahhh... maybe next time.

The BEST DAY...what little donkeys, fresh air, good pie and aprons can do to heal the body and mind!

Lovely pictures and post. It made me teary just reading it. I must try my hand at pie making this summer as I am so inspired by yours.

You really have some wonderful photos of the day. Old and young, animals, friends, new friends, pies, aprons, donkeys. goats.....perfect day! I notice that one of the adorable children is wearing an apron I sent...really made me smile!