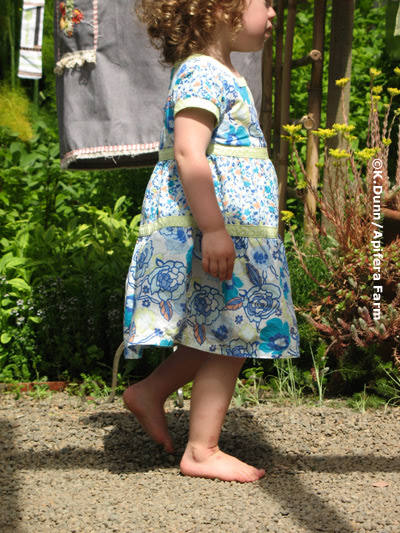 If you've read the blog awhile, you will know all about little Coco, and that I once considered hiding her in the barn so that I could keep her for myself- but that would be very un- Apifera, and Pino would never agree to it either, so I anticipate her once or twice a year visits to the farm.
Coco is a bit like Grace Kelly - when you see her face, you can't help but sigh. She does not take a bad picture, so trying to pick just one picture of Coco is impossible, and I can't help give her an entire post. This should not offend other visitors, for all the little two legged creatures that come are adorable, but let's face it, Coco has that "je ne sais quoi' about her. And as there will come a time when she will frown at all the camera glare, we must relish in these Coco moments as much as possible.
The last time Coco came it was her 2nd birthday party, and her mother told her that after her visit to Apifera her main talking point was the one eyed pug. She was very concerned about his eye and what happened to it. So even though Billy was secluded in shady comfort of the house for Pie Day, I brought him out for Coco. While she squealed, Billy's curled tail wiggled.
When I was little, I have vivid memories of certain places when I was very little. One was the home of a painter friend of my fathers who had hammocks and a large garden. It felt magical. He had a black Scottie. Perhaps Coco will retain something in her memory of these Apifera visits.
See you soon, little Coco. 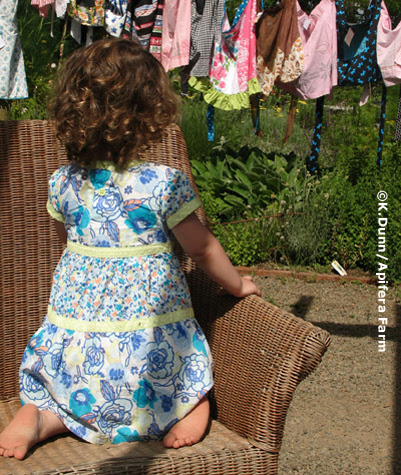 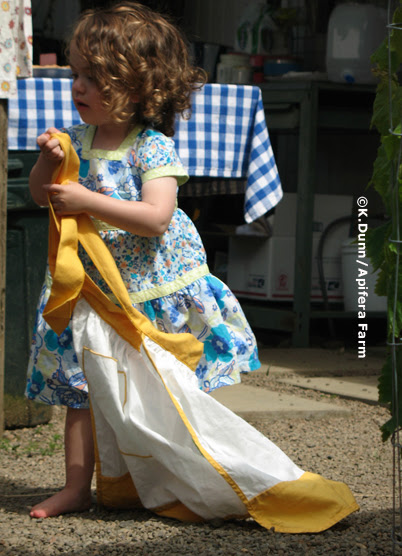 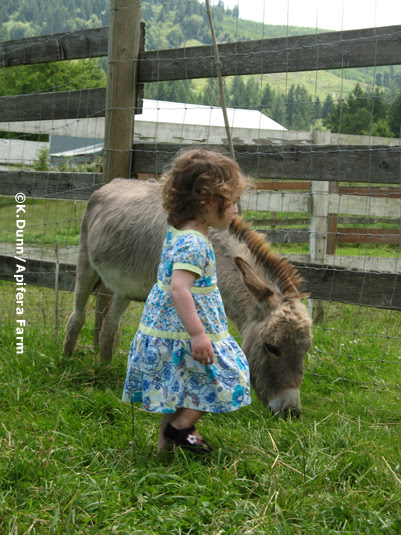 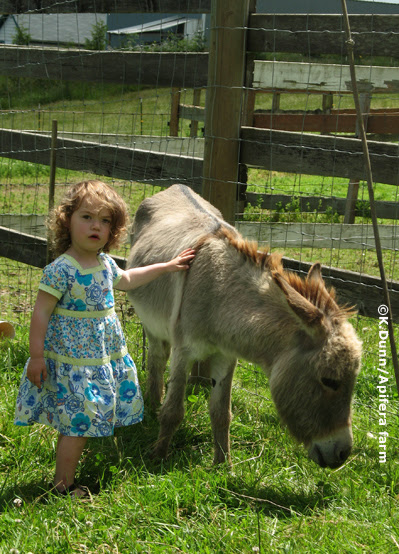 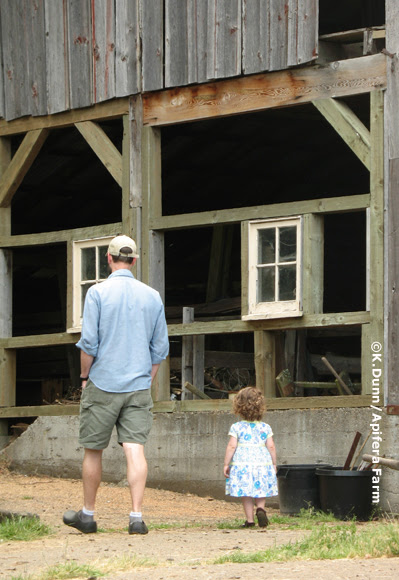 I would SQUEAL TOO if I got to see Billy... Kiss Kiss.. my lovable little Pug!

i recently discovered you and GLAD I am! Have been really enjoying your wonderful story, thank you! The art that you post - is it for sale? Where would one find prices?

Hi Tracie! Jody, glad you found me- the art can be purchased either at katherinedunn.us [higher end paintings, some prints] and at apifera-a-day.blogspot [prints, photos, miscel.] I'm in the middle of consolidating ll my blogs and sites. High end canvases are also at galleries.

what a lovely story..reminds me of my own farm visits in Germany long ago

Any chance we will see some new pictures of Coco? Did she visit recently?

Well, I hope she comes to Pie Day. She has a little brother now born this year, and she is growing up too fast.