From cat to man and woman, to old man and goat 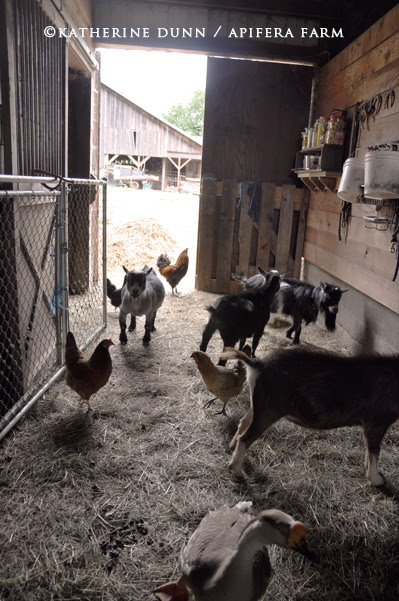 A couple's beloved pet cat fell ill and it was discovered he had cancer. So they opted to treat the cat with chemo. They visited the cat each and every night of his stay at the vet as he went through treatment, sharing their memories and love with him. One night, they got a call that the cat had quit breathing, and they rushed in to say their final goodbyes before he was euthanized. The vet bill was very high and they now had to start replenishing their savings.

Soon after, the couple went to the hardware store to purchase items to make a proper burial marker for their beloved cat. The woman waited in the car and she saw an older man struggling to strap a heavy welding tool he'd purchased to the back of his bicycle. Nobody was stopping to help, so the woman approached him. Even she was unable to help the man, and when her husband arrived he suggested they drive the man home and then return for the bike and then drive the bike back to the man. This was a good hour back and forth and the older man felt grateful, but insisted on giving them $20, but the couple refused the money.

After the couple returned home, the woman flipped back her seat to retrieve a bag and there was the $20 bill where the old man had secretly tucked it.

Even though they had their own vet bill to recoup, she wanted to pass the small donation onward, and thought about her local Animal Welfare Society - but while reading her favorite blogs, she came upon my story of Lofa, and passed it on to me, sharing this story.

She never got the man's name, but sent a note to the building manager who said he would pass on her note that his money was now helping an old goat in need.

A cat named Blue shared a life of love with two people I never met, who help an old man who helps them, and that helps a little goat and her caretaker far way in Oregon. The circle of love, I'd say.
Posted by Katherine Dunn/Apifera Farm at 10:12 AM

Thank you for telling our story.

Thank you both, and for Blue who started it all. Wasn't sure if you wanted a mention, but thank you.

What a beautiful story. Thanks for sharing it with us. Agreed - thanks to Blue also.

I love your blog. I just love it! I cannot help you by donating right now, but you are on my list. This blog is such a gift.