In honor of an old Misfit 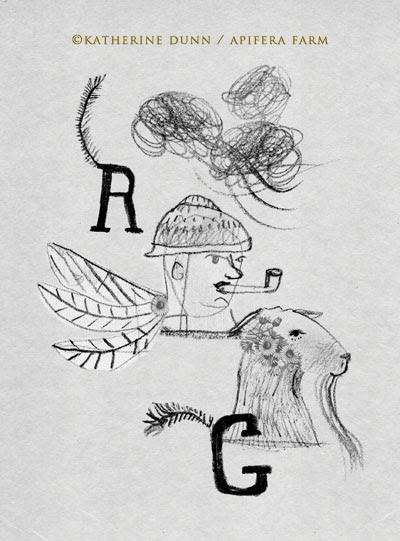 Today is my father's birthday. He died some 5 years ago and would have been 89. I never planned that the book would be printed and launched around his birthday, but it seems fitting–for new things have been birthed from his death. Just like when an old crusty leaves is finally crumbled to dust, it feeds something. He was crusty in ways too, but who of us won't be if we are lucky enough to make it into our eighties.

Like me, he had some Misfit qualities–the constant notion one might be saying something not quite right–but he had a heart of gold and was very generous with gifts ad supporting other people. I wished he could have met Rosie. She constantly reminds me of him! That would get him.

"She's comparing me to a pig, for God's sake," I can hear him saying.

But as I write in the book, when I massage oil onto Rosie's chafed skin, I think of how his skin was so dry and thin in his elder years and it brought him discomfort. There is not one time I massage Rosie's skin that I don't think of my father. There's something about looking at Rosie's head too, from the back, especially when she loses her hair in the summer, that reminds me of my dad. Now that would really get him.

"My balding head reminds her of that pig!" he'd snort.

Anyway, I sure do miss him. And my mom. But in honor of his birthday - if you buy a book today you'll also get an art card with an image from the book [not the image shown here, it will be a full color card with art and photo of one of the Misfits]. Here is an excerpt from the introduction:
But as the barnyard filled with needy animals, an elderly creature I’d known since my birth—my father—was nearing the end of his life far away from my farm. The daily caretaking of my Misfits helped them prosper and brought me a sense of purpose, but it was much deeper than that. I found my work with them helped me grapple with everything that comes with the death of a parent. As I massaged their old joints or communed amongst them without words, a remarkable thing happened—that silence created an internal, safe space for me to float with memories, fears, and questions. The animals became conduits of powerful messages that left me with a better understanding and compassion not only about my father, but also about myself.

Posted by Katherine Dunn/Apifera Farm at 11:48 AM

I always find it interesting how people (in general) are uncomfortable with silence. Any yet, it speaks so much more than words.
My dad likened it to seeing two horses under a tree with their heads resting on each others back. Their silence together said it all: "an internal safe space"

I'm having a hoot thinking of what animal my dad resembled. Someday I'll mosey around a barnyard and do some research. This post lifted my spirits!
xx
j

Barbara, that is so lovely, so true. And if one spends time with animals they do so much in silence, even while communicating, or ruminating.

Julie...it is a fun question to ponder for sure! Glad it raised your spirits today.