The horse and I 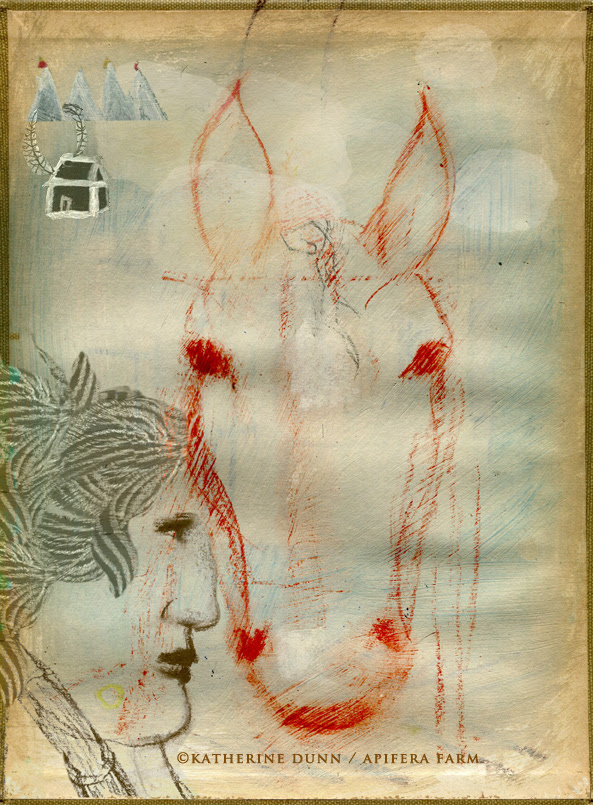 Six months ago to the day, my other died at age 87. It was also the 15th birthday of my horse, Boone. On that day back in April, I couldn't help but feel there was a reason the two days had collided like that. At the time, it felt only like a heavy, heavy day - so surreal and it felt wrong that it had fallen on my horse's birthday. I figured I'd never be able to celebrate Boone's day again in the same way. Boone treated that day like any other - he called to me when I came to the barn, he accepted my petting and my tears stoically and politely, he put his big old head into me and just stood there for me.

Today I awoke and felt very subdued, calm, but in a rather sad way. I didn't feel right. I felt a bit off. And I wasn't sure why. the sun emerged after days of rain and good things have been percolating.

Tomorrow I am taking Boone to our second ever horse show so I am in my show 'head', reenacting the test in my mind, getting my gear ready and such. And as I went about the morning, I realized it was the 4th, and that made me think of April 4th six months ago, the day my mother died at 2:45 or so. And here I was prepping for a show with Boone - the day was once again entwining my life with Boone into my mother's death.

The days after my mom died, I found great comfort in my horse, and our trips over to the local barn where I ride. It was the barn owner, now in her 80's and someone I considered a friend and mentor, who was the first person in my outside world to know my mother died. I calmly told her as I sat on Boone. We talked, I held it together, and then we rode together. Had I been standing as a solo human on the ground, perhaps I might not have held it together. Boone was my strength that morning.

And in the initial days that followed her death, there were very specific things that held me upright. My husband of course, my farm, my animals, my ability to express myself in art and word, my closest friends - and my time with Boone.

Boone gave me a reason to get on him - we were a team and had work to do together- fun work, but work. He carried me around on the trails to smell the Ponderosa Pines and wet dirt below us, he let me lie on him - a wonderful thing about Boone that not all horses will tolerate - he greeted me like always when he heard the door open and shut in the morning and he never failed to look willing to go where I went. Each day after my mother's death, I would hold his big neck, bury my head into it and tell him out loud, "My mother's dead, Boone." That was all I need to verbalize, and he listened each time. While I don't think he understood the words, he felt and empathized with my energy, position, sadness and need for a calm shoulder.

We did our first schooling show in June and did well - a blue and a red ribbon. I was so proud of us. And I thought of my mom and all those riding lessons she gave me, knowing we could not afford a horse back then in my youth.

So today, when I felt a bit down without understanding what was causing it, I realized what day it was - a six month anniversary. But I thought of it as a gift this time. Boone's birthday will always remind me of the day my mother died, but I have Boone, a living being I chose to include in my life. What a privilege to have that partnership, the means to keep him, and what a gift to have a mother that I loved so much that I can still sense her every minute.

Boone has partnered with me to grow as a team, to learn new skills and he takes me places I can't always get to by car or foot. He enjoys our rides - he shows it in his ears, his breathing and expression. He and I will go to the show tomorrow and do our best, and be together. We will enjoy it. We're here together, that's about all I can ask for.