Pino and I are moving on 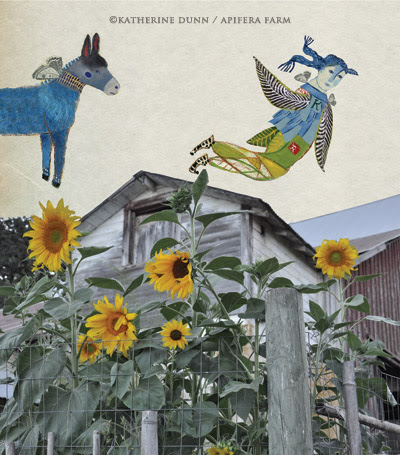 I will never stop dreaming. But dreams and ideas evolve and flow. I can't be afraid of not knowing what the next dream is.

I have made the decision. This June 14th will be the final Pino Pie Day.

I've been thinking about this for some time, and if you pay attention to the posts here, you might noticed that I have sharing for months that there is change in the air. This change wasn't planned, it is the way things evolve. I debated a lot if I should even make an announcement, or rather just quietly let it slip away. I suppose there might be some that think it looks like a good gimmick to raise more money at the Virtual Pino Pie Day, but you can't make everyone happy. In the end I talked to Martyn and a couple trusted mentors, and made my decision final in my head and heart. And I am fine with it.

Besides, I hate secrets. I think it took me awhile to even admit to Martyn I thought it was time to pull the plug on Pie Day for several reasons. The event has become wrapped up into my online identity, and Pino's. It is part of the illustrated memoir, Donkey Dream, and I've had magazine articles written about it. It has been an exciting focal point of the year at Apifera and many wonderful memories and friendships were begun over it. But all things hit a wall.

All creative endeavors-and Pie Day is a creative project for me-have an energy of their own, an ebb, a flow, a high point and a decline. I feel like Pie Day is on the decline in energy. The event was not 'created', it was a spontaneous act of the heart-my heart. It began–and I know many know this but I'll nutshell it here-it began because I was walking Pino to nearby farms and delivering homemade pie, as a gift, simply because I had a hankering to do it. It was met with delight and I did it several times. But delivering pie with a donkey at your side is slow going, and Martyn suggested I bring the people to my pie and Pino instead.

Pino Pie Day was never about getting a book deal or making money. It was just me and my donkey sharing pie. I did write "Donkey Dream" later on, which was turned down by multiple publishers for not being commercial enough. It was shaped by a top editor who had worked previously at Chronicle for 20 years, but we couldn't find a home for it and eventually my followers graciously supported the Kickstarter to get it self published. But back on the first Pie Day, The Misfits weren't even The Misfits, there was no old goat even. The first couple events, I can't believe this, but I did it all on my own, with Martyn-served pie,sold aprons, took care of the donkeys and guests-and sold art out of the studio. That first year I made all apple pie because it was easier. I also remember being appalled at the end of the day how messy the pie table was, and now I have a volunteer Pie Queen who helps at the pie table.

Every year, I learned something new to make the event better, and I added something new to delight my guests-like the Museum of Misfits, or the kissing area for Stevie. I learned new pies like Buttermilk which is a favorite of all ages. My butter crusts were perfected over the years too, if I may say so myself.

But the magic began to shift for me. And it has been harder to put it on every year-both financially and energy wise. There is a lot that goes into it, as you can imagine, but much more than you can imagine too. The volunteers of recent years-many repeat helpers-have been a God send and I thank them all-but it is getting harder to arrange and get people to commit. I understand, Sundays are precious for people, standing around with a donkey might get old after awhile. Costs on everything have gone up every year-and it is becoming situation of not much return on my time or dollar.

Pino and I had hearts of children back then. Somehow that is getting lost in the event now, after almost 9 years. I think I've shared a lot of good pie, made some grumpy people smile, let complete strangers walk around my farm while me and the animals share our energy with them. It's been great.

But I think it's time to listen to the internal shift. There is something out there, waiting for me to grab onto and give it my energy. I don't know what it is, but I have to let go of some things to recognize it, and commune with it. Thinking about over the past couple months was scary-Pie Day is part of me-but now that I've made the decision there was only one more step-release that decision to the universe.

So if you can come to the June 14th Pino Pie Day, wonderful! I aim to make it as happy for my guests as I can no matter if there are 5 or 200 people here. If you can't come, be sure to follow the Virtual Global Pino Pie Day-where people can read stories of past and current pie day, see photos and movies. And of course, you can contribute at gift levels to help this final Pie Day.
Posted by Katherine Dunn/Apifera Farm at 11:08 AM

Email ThisBlogThis!Share to TwitterShare to FacebookShare to Pinterest
Labels: Announcements

Thanks for letting us know your thinking and I understand your decision; it is a lot of work and time for a change for you. Remember, every time you say no to something, you create the possibility of a yes for something else.

Thanks, Terra, I feel that way completely. One door closes, another opens. Just the lack of response to this post shows me my decision is right-not feeling the energy from others either, or the support of it [and to the many who have loved it and supported it-THANK YOU!!!]

Thanks, Corrine, yes, always good advice. I've been feeling it for awhile.

So sad and sorry I will not get to be there for the final bow, but also hopeful we will meet someday soon in another venue, perhaps an art class or gallery event or a traveling misfits day in the big city.