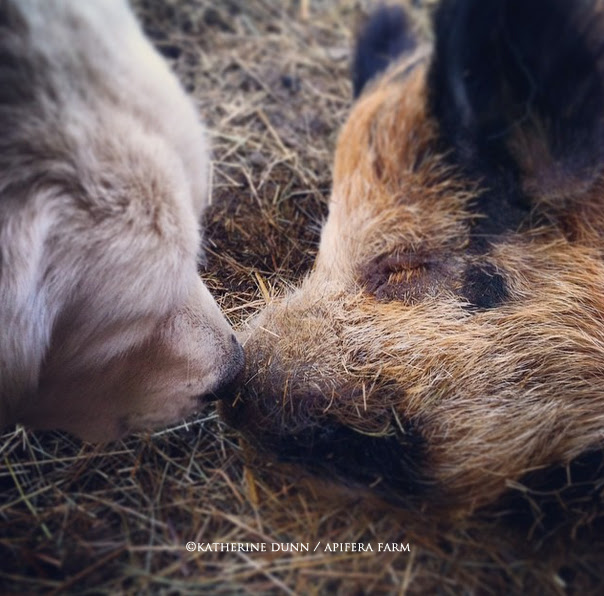 Postscript: Earnest has been getting some wonderful, heartfelt prayer flags from all over- Harlem, Canada, France, Belgium as well as near and far in the States. I have been lifted by them too and this is the first time I've ever asked for something like this on FB. Sometimes, you have to ask for what you need-if it is a just thing-and a little invisible love and healing thoughts and prayer from all over is something I needed as a caretaker, and that was translated into my hands and out in healing touch.

It's been one of those times, when the care taking duties are on overdrive. Old Mama Sugee's visit with the vet yesterday shows there are more challenges to care for her, as her remaining teeth begin falling out, the semi chewed cud compacts-leaving a mass of...silage. Of course this can cause bad things, but because we can't sedate her any more, we are limited. It took some doing to get most of the crud out of her jaws. We have her on antibiotics for now to help if there was an infection brewing. Right now, she still has a quality of life. And she is strong. it is a month by month assessment with her though, with my vets.

As I mentioned in the previous post, Earnest feel ill on Sunday. I knew when I arrived in the barnyard that morning there was one face missing. Earnest is always there to greet me, with Eleanor and Marcella. When I found him lying in the barn in his hay bed, I knew he didn't feel like himself. He didn't even get up when I did feedings. I can't say I was panicked, but I did at that very moment know I have become very attached to that pig. How could I not? Anyone who meets Earnest falls in love with him. I am still rather new to pig health, so the fact that the night before he was just fine, and then next morning he was not, left me concerned. A sick sheep, I know the routine. I don't yet with pigs. And getting a good vet that also knows pigs is not always easy. Fortunately, I have good vets.

Animals often go into a state of repose and quiet when ill. I know Marcella will go as far away from everyone as she can, including me, and she makes it clear she doesn't want to be touched. I figured he could just be passing something. He had no signs of digestive issues, but he was trembling. But his temperature that morning was pretty normal. He could get up and walk about–if I made him– but mainly wanted to go lie down.

At the same time, I had another equine vet coming out to work on Old Mama Sugee, so my pig vet had my equine vet give me some meds for Earnest which was very timely. He went from a medium high fever to a normal low temp which was good. And then this morning, he actually got up-still not in a normal fashion for him, but he did get up- and he ate a tiny bit of food. But his temp was very high. Not good. He is obviously fighting something. These things take steps, like any medical mystery, and it can be frustrating, and scary...and pricey. The injections I just picked up and gave him today will help if there is an infection he's fighting. If these don't help, the vet will put a tube down his ear for treatment. If we can draw blood we will too, if needed. But we need to get through Wednesday and see if he responds to the new meds. The other shot I gave him will lower the fever, and relax him.

I can't really ever explain why, but certain animals on the farm have a stronger bond with the caretaker. This is true in my flock too, or with the chickens. Some just respond more personably. Even with the Misfits, each relationship I have is unique, not unlike one has with office mates or school chums-and sometimes, when we lose someone, we grieve it harder.

I realized at some point in the past couple days how scared I was to lose Earnest. I was letting fear of an unknown outcome play havoc on my body too. So I tried to stand outside the situation, and know I am doing all I can. He has been a very good patient, and even tolerates my poking his bum, along with taking his temp 6x a day, how indignant. But he is responding to belly rubs and I force him up to get in the sun sometimes. I am very attached to his presence and his personality. I will do everything I can within reason for him. I really miss having him out and about. Marcella is aware he is not well, but is not concerned. Eleanor spends her days as usual, but I often find her napping with Earnest, which breaks my heart right now.

He is young, it is not his time, I told the universe. leave him alone! But how would I know this? There could be a basic infection in him, or something worse. I don't have control over that. I only have control over what I can do for him. Usually I don't get overly emotional when I'm treating an animal. I know that bringing drama to their side is not wanted or helpful. But sometimes an animal just brings up...fresh dirt. I guess Earnest is like that for me. I can't imagine the barnyard without him. I don't know what the fresh dirt is, exactly, I just know the idea of losing him is making me feel raw.

I made a little event page on Facebook, Prayer Flags for Earnest. When I see someone-human and animal-in need, I hang a prayer flag on the farm somewhere, often on The Healing tree in the donkey pasture. It started when a friend in need asked me to hang one for her, and I did. They aren't really flags, more like strips of cotton, always white, tied at random–I call them Prayer Rags. So I reached out and asked people to hang a prayer rag or flag for Earnest. Silly, perhaps–but of course, it is a gift for me. And when I saw some of the photos people sent of their offerings to Earnest, it was so powerful, and I cried a little-again, this pig has brought up fresh dirt, I don't know why. Even though I tell Earnest about the flags and messages, I believe it is my intention he senses. Our language we share together is not words, but intentions. Animals speak in intentions.

So stay tuned. I'm working as hard as I can, and so is my Little Big Man....Earnest. 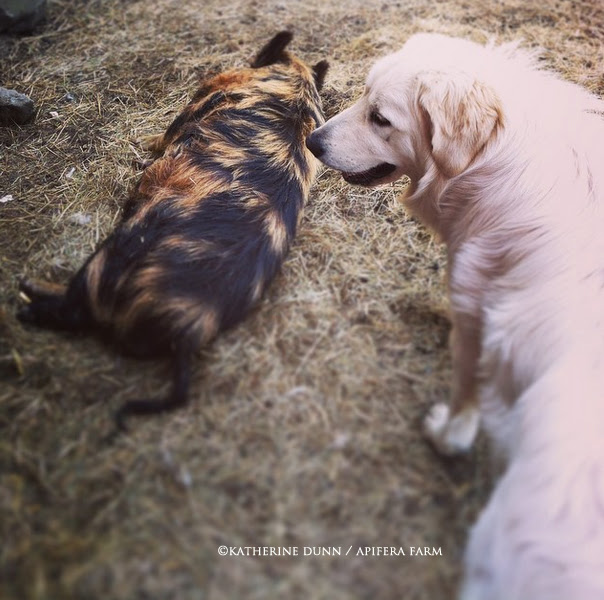 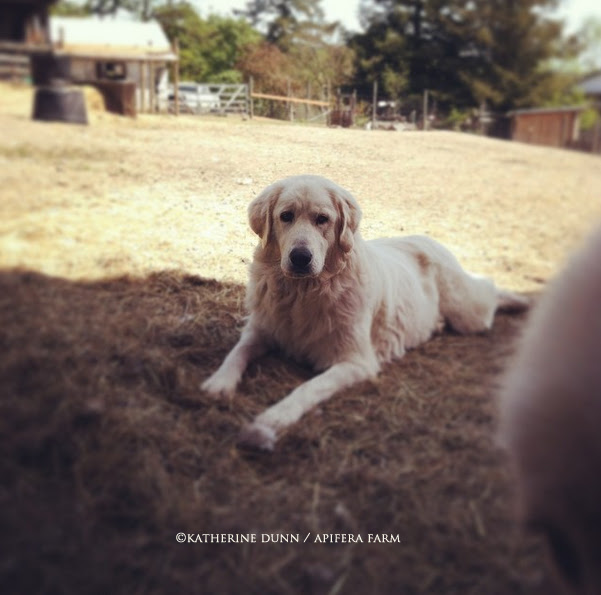 Oh I will hang a flag for this sweet fella. What a love bug he is. Gosh, breaks my heart just to see him lying there. xox

When I read your post the other day, I went back and looked at previous photos and posts. How could we not love him, he's so sweet and adorable-those mud baths! When I was young and found out that pigs were used as food I cried for hours. And I agree animals understand us and our intentions. And I agree sometimes the love connection feels so raw when things seem to be going the wrong way. Hugs to everyone.