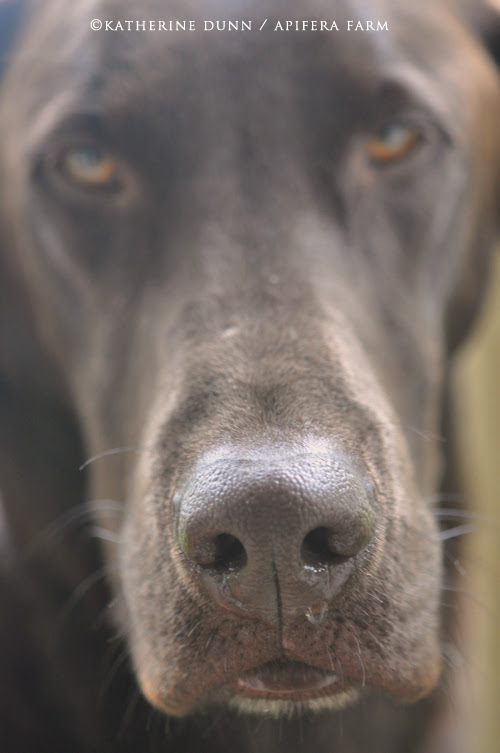 Today and all day we celebrate the birth of Apifera's most optimistic resident, Muddy. Of course, every day is a celebration to this guy. Each morning just before he senses the sun will break, we hear him yawn. Then footsteps tipped with toenail clipping sounds into our bedroom. His tail will hit every obstacle in its way-out of jubilation. he pokes his nose into my sleeping head,

"Go flat..." I say softly, his command to go to his couch and lay down until we are up.

Minutes later, he returns, this time to poke Martyn.

And so it goes day in and day out, no matter the weather, Muddy is just happy to be here.

Muddy came to us six years ago, form the same parents as Huck. But the two could not be more different. Where Huck will ask politely, and with little confidence,

Is it okay if I pass the chair you are sitting in so I can get to my cushion?

Muddy will leap over anything to get where he needs to go.

I would also like to officially apologize on this public platform to Muddy-for if anything goes wrong, usually he is blamed. This is due to the fact that as a pup and well into his second year, he ate just about everything-living, dead, or man made. Even my terriers were not as destructive. We have a household joke that Muddy walks away from us when he is scolded, singing the old song about Charlie Brown-

Why's everybody always picking on me?

He's a goofball. He talks a lot. He has a separate entity attached to his rump called a tail. He obeys. He adores his Frisbee and must be chaperoned with it or he will die of exhaustion. He is happy. He is loved. 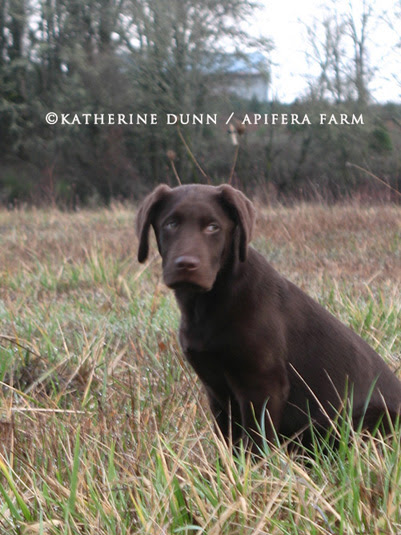 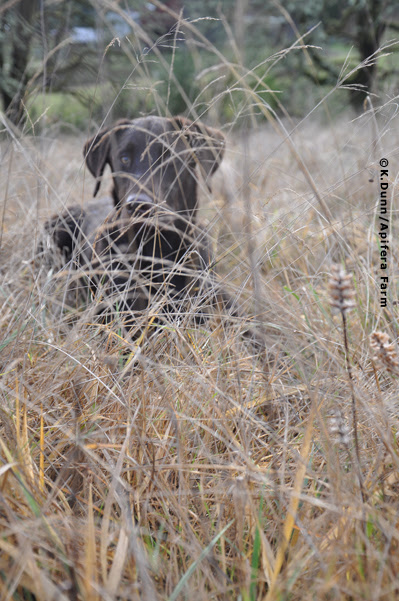 Posted by Katherine Dunn/Apifera Farm at 9:05 AM

I can't believe he is six. Seems like yesterday he showed up on the blog. He has a sweet and open face. Happy birthday Mud. Xox